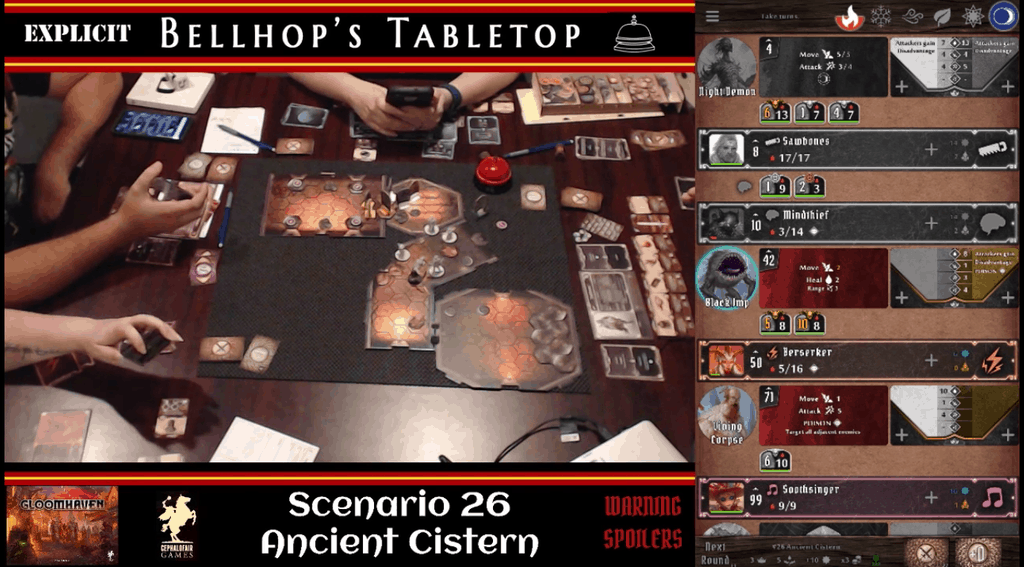 Watch as we play and fail scenario #26, Ancient Cistern in the legacy board game Gloomhaven.

Warning: there will be spoilers during this boardgame playthrough and the images in this blog post. 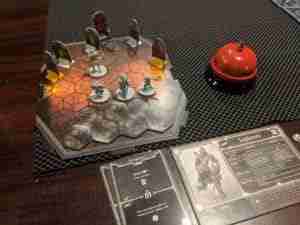 Well, that was a crushing defeat. We knew it too. This one wasn’t going well from room two. Once we saw the final room, failure seemed inevitable.

What’s interesting is that right in the first room we called it: we needed jump abilities and none of our characters has jump moves. I happen to have a pair of winged boots, but that’s it. I think if we do return to this scenario someone else will be buying the second pair from the town shop. 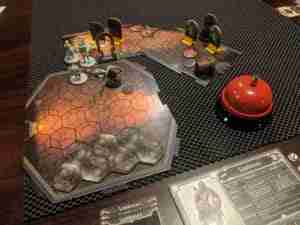 Based on a couple of comments on our YouTube video, we did mix up a couple of rules. You would think that this many games in we wouldn’t be having this problem. I do appreciate when people comment on our videos to point out things like this though, this is how we learn.

We also moved a monster wrong. If there is no spot for a monster to move in to attack they do not move.  This is one that I know we’ve messed up in the past and will probably forget and mess up again. 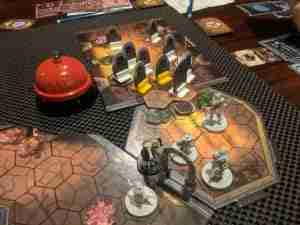 The last room in this scenario is nuts, especially when playing with four players. The scenario has four Ooze spawning every turn. While we did forget to remove some traps I don’t think it would have helped all that much. Dying in that last room was one of the most unrewarding things that has happened in our entire campaign. It didn’t even feel close. It didn’t feel like we just did a couple of things wrong, it felt like we had no chance. It was actually worse than the escort mission we’ve currently given up on (though we do plan to go back at some point).

At the end of the video we spend quite a bit of time discussing what we could have done better and didn’t really come up with a definite thing we did wrong and the only thing we’ve come up with for another try is to find a way to jump more often.

Right now I’m not sure if we will be returning to the Ancient Cistern for our next play or moving on to something else. Due to the amount of XP we did earn, even if we decide to play on easy difficulty we will be trying again at the exact same level that we failed on during this play.