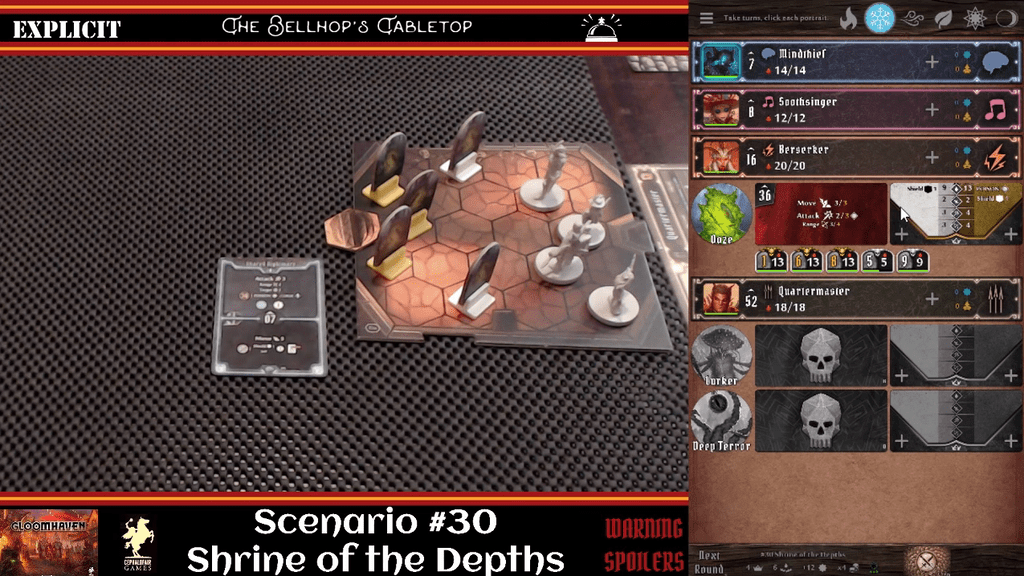 This week we’ve got what we hope are some technical improvements. We’ve added more lighting and we’re trying some new camera angles for this Gloomhaven live play of scenario number 30.

A new and improved stream and video, we hope. 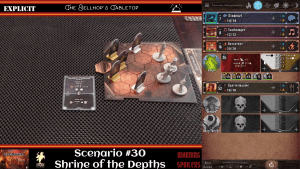 Since our last game, I did some rearranging in our game room and managed to fit in a new lamp with two nice bright lights. We use this for the first time this week and near the beginning of the show, there was a bit of adjusting as we tried to find the optimum placement for the new lights.

Overall I think they did help out a lot, once we found the right spot. We learned after the fact, once seeing the video full screen on my PC, that  I probably shouldn’t be zooming in quite so close with the camera. While the light helped, getting in that close made things a bit blurry.

Overall it’s still a work in progress and we’re always trying to improve the quality in any way we can.

The other thing we’ve now started to do is try to mention and show the cards we pick each round to the camera. This was a specific request I received in a YouTube comment and one that just made sense. Of course, people following along at home would want to know what cards we are using. 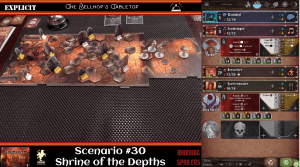 As for the scenario itself, I really loved the layout. I think this was the biggest room we’ve ever seen in Gloomhaven. It had some cool stuff going on with all the water and the use of stairs to create a raised area where the treasure was to be found.  There was some funky stuff with walls in this scenario that greatly affected the line of sight rules. The pillars formed by the edges of the two boards being put together count as walls and not an obstacle. Thanks to our “Guy in a chair,” Temujin for helping us out with that.

In the end, we all had quite a bit of fun with this scenario and I think what we did to improve the stream worked out pretty well. It should be even better next week as we’ve learned a few of our mistakes.