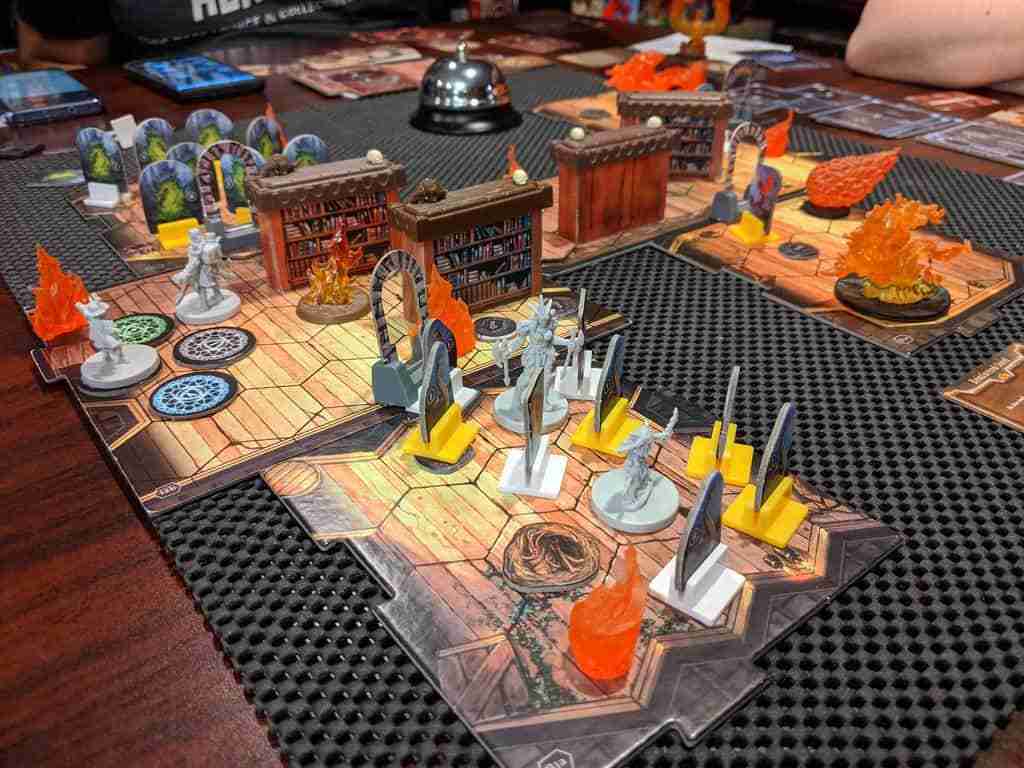 It’s the final part of our Mindthief’s personal quest in Gloomhaven. Deanna has been playing the same character since our first game in September 2018. Will tonight be the night she finally gets to retire and move on to a new character class?

Thoughts on scenario 60 of Gloomhaven. 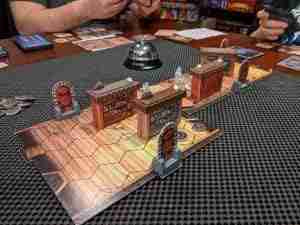 We’ve finally reached the end of the longest Personal Quest we’ve seen. My wife, Deanna, has been playing the same character since our first ever game of Gloomhaven. She’s been level 9 for months and has long since stopped tracking XP. Tonight should be the night she finally retires.

I thought this was one of the most fun scenarios in Gloomhaven yet. The theme is really neat. An alchemy lab is on fire and you need to rush in, grab four things and get out.

Because I really liked the overall look of this scenario, and the fact that it should be a momentous night with our Mindthief finally moving on, I decided to break out the Heroquest scenery for this session and it was so worth it. Having physical bookcases there really helped enhance our immersion. Then near the end of the scenario, when the fire spread, I kicked it up another notch by grabbing a bunch of firewall, fireball and elemental minis that I have on hand for D&D and tossing those on the map too.

So this was one of our best looking games yet. 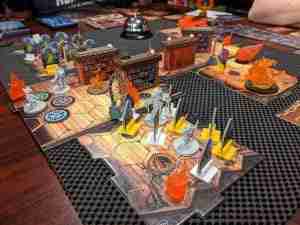 Unfortunately, we recently learned that we cheated. It ends up Deanna has been using an item wrong. The Pendant of Dark Pacts. During this game, she uses it to refresh the use of her Invisibility Cloak. This is strictly against the rules. The pendant can only be used to recover small (pouch) items.

I really don’t know how much this affected our play in this scenario. She also has an invisibility card in her deck and even had it in hand at the time she used the pendant, so I don’t think it affected our ability to win, but it’s always a bit sad when we find out we’ve been playing a rule wrong.

Except for learning after the fact that that we had cheated, this was a very fun scenario that I think we nailed the strategy on.