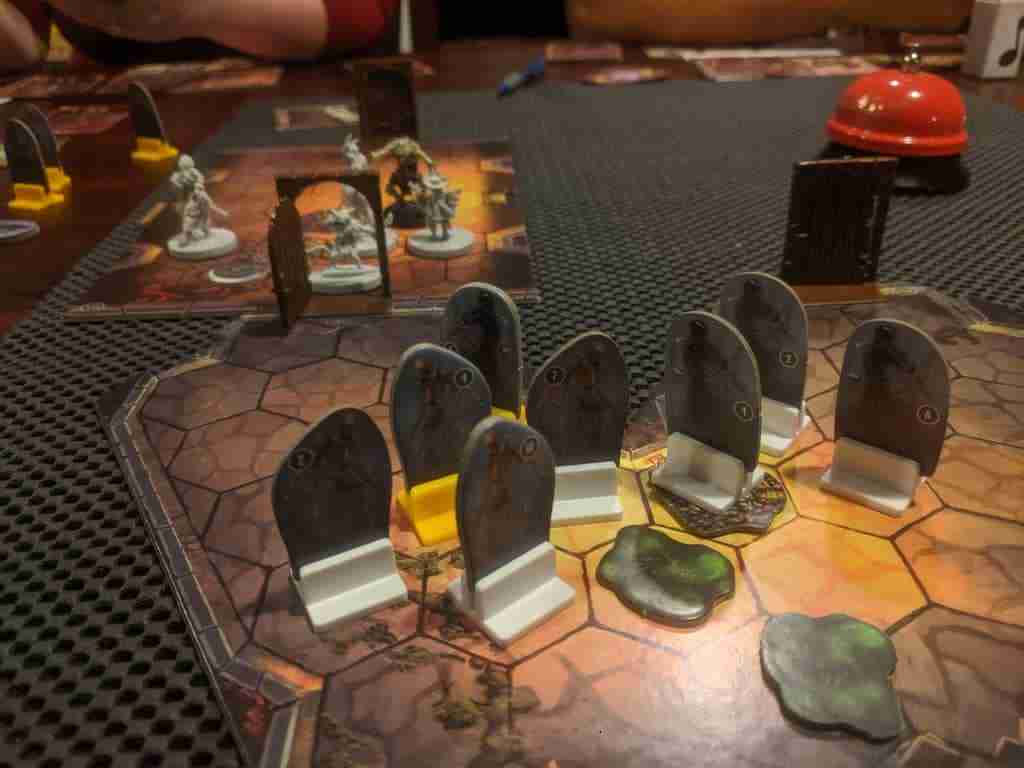 Watch us play the board game Gloomhaven scenario #6 Decaying Crypt. This was a close one!

Warning: there will be spoilers during this boardgame playthrough and the images in this blog post.

After our total failure at Gloomhaven scenario 26, Ancient Cistern during our previous game we weren’t sure what we were going to do next. Due to Tori levelling up at the end of the last game had we done Ancient Cistern again it would have been even harder and we all decided that was out.

It wasn’t until just before we started live streaming that we even knew what scenario we were going to do Friday night. I suggested that we go through the scenario book and do the earliest numbered scenario that we hadn’t done yet, and that ended up being #6, Decaying Crypt. 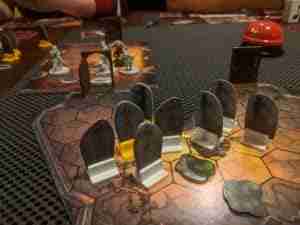 I was under the very wrong impression that being an earlier number this scenario would be easier. If you’ve watched the video you saw just how wrong I was. Now we did win this time, so things went better than our last game, but that was not an easy scenario.

One of the most notable things about this game was that we had an expert in our chatroom. Temujin who has commented on many of our YouTube videos was able to join us live for this game play. That ended up being great as he was able to correct our mistakes as we made them, and we made quite a few!

I do have to admit I’m frustrated that we are still making rules mistakes after this many plays, but that just goes to show you just how many little rules and interactions there are in Gloomhaven. It’s not like we are inexperienced board game players here. I do appreciate being pointed out when we do something wrong though, don’t get me wrong. If you catch us making a mistake live or in one of our videos please do point it out.

I don’t really have a lot of comments about playing the actual scenario except for the fact that it was a really close fight. I think we did pretty well overall. That first room was just brutal and set the tone for the rest of the game. I’m just glad that Deanna and I were able to finish things off successfully. 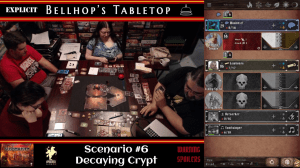 What I was a bit disappointed with was the story that we “unlocked” during the conclusion. In Gloomhaven the rules state you can do any scenario you have unlocked. Basically you can just look at the map, pick a spot that’s not checked off and go on an adventure there. That’s what we did, and mechanically it worked fine. The gold reward was appreciated, but the story made no sense.

This scenario goes back to the initial plot at the start of the game where you are chasing someone down. The conclusion of this story was to offer a bounty for this person. The thing is, that we had already killed that character many, many games ago. We had already closed this sub-plot off obviously taking a different path than this. What this means is that due to the rules you can go back and take the other branches from any plot choice, but the result may not make much sense from a story point of view.

I can’t really say that’s a bad thing, as it reminds me of loading up an earlier save in a PC RPG to see what would have happened if you had done something different. It does highlight how much Gloomhaven really is a board game and more similar to digital RPGs than it is to pen and paper RPGs.