You are here: Home / Don't Share / Amazon Holiday Sales for Gamers; Deals on Board Games, Cards Games, RPGs and More

This is a landing page to list all of the tabletop gaming related Amazon holiday shopping deals we can find.

Amazon has a number of holiday sales going on. Whenever we spot a sale that includes board games, card games, miniature games, roleplaying games, or other items that we think tabletop gamers will dig we add it to this list.

This page is being constantly updated. New sales will continue to go live at Amazon throughout the month and we keep adding them here as we find them!

Here’s what we have so far (click on the sale name to jump to that section):

Tabletop Games on Sale for up to 65% off

This list of games is a mash-up of a few different sales.

These are games that all have coupon deals. Most of these coupons are for several dollars off. Some of them are even for $20 or $50 off!

To get the discount be sure to check off the coupon box on the item page.

We’ve spotted a number of games published by Queen Games on sale at Amazon right now. Two dozen of their titles are deeply discounted.

Many of these have an incorrect suggested retail price listed.

We’ve looked up the retail prices and where we’ve noticed an incorrect one posted we’ve listed the MSRP below.

Roleplaying Games on Sale for 40% off (and more)

Amazon currently has many of their RPG books marked down for 40% or more, particularly many D&D books. This is a higher discount than what they usually offer.

Other Books about Roleplaying:

Here’s a list of current and upcoming lightning deals on board games, for Monday, December 28th.

All times listed are EASTERN. At the start time listed, the deal will be available to Prime Members only for early access. 30 minutes later the deal will open up to everyone (if it hasn’t already sold out). Each lightning deal is live for 6 hours total, or until they sell out.

And bookmark our daily tabletop gaming deals page, where we normally share the best everyday deals around the net for board games, card games, RPGs and miniatures. 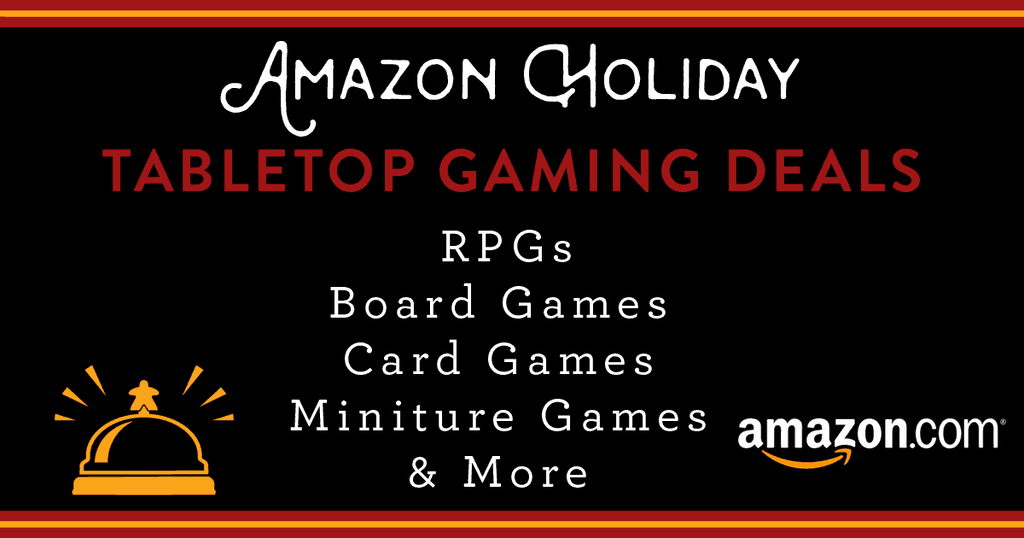