Gloomhaven FAQ/Errata run through and commentary. 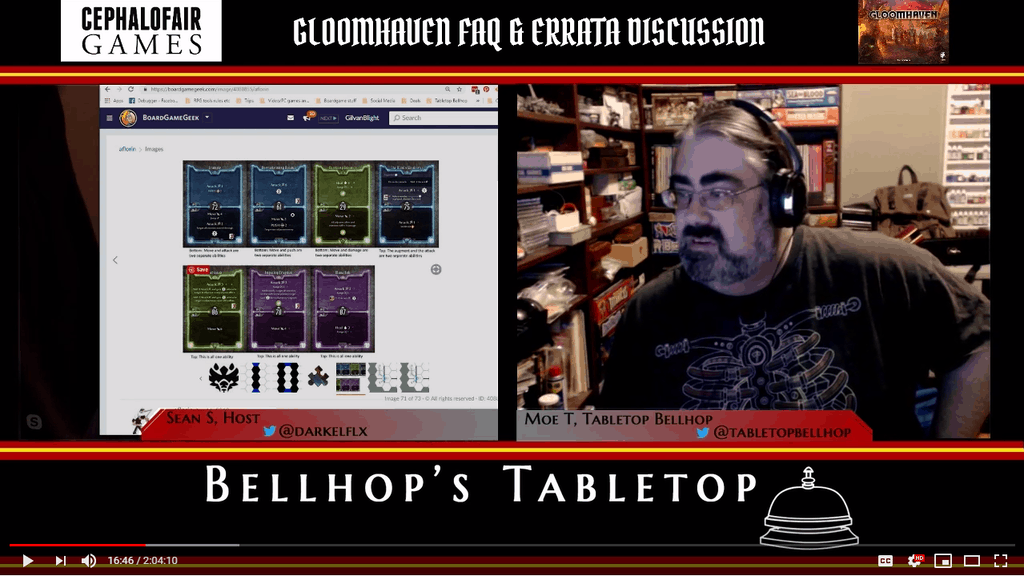 Last week, instead of our usual Gloomhaven actual play we tackled the Gloomhaven errata and FAQ.

Unfortunately last Friday we were not one, not two, but three players short.  Since I didn’t want to play another person’s character, or start an entirely new party on short notice, none of us actually played Gloomhaven last week.

Instead Sean and I took at look at the extensive Gloomhaven FAQ over on Board Game Geek.

How we got to talking rules instead of playing 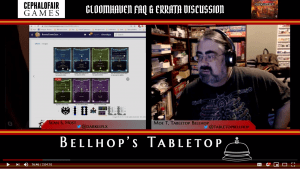 When I first learned I was going to be the only one free to actually play, my initial thought was that I would just do another random dungeon and check out the solo rules. There’s a problem with that though. I hadn’t read the solo rules before lsat Friday and when I did, I learned that to play solo you have to control two characters. That’s a problem, because that means, for our party, I would have to control one of the other player’s characters. That didn’t seem like something I wanted to do and I’m not sure any of the other players would be cool with it either. Plus if anyone doesn’t need to get more xp and get further ahead of the group, that’s my Cragheart.

The other option, one that I strongly considered, was to open up the two characters that we haven’t opened yet and make a new party with them. These are starting characters, so I wouldn’t be spoiling anything for myself or the group. The problem with this was that both of these characters are new and unpunched and I wouldn’t have had time before the show to give them a once over and prepare for the game. I would at least like to read them over before jumping right in. Then there is the problem of what to do with these new characters. Toss them into the campaign? What adventure would I do? Try to find a side plot so that I don’t affect the main plot? I really don’t want to advance the main story without everyone there. I guess I could do a random dungeon with the two new characters.

While debating this Sean came up with the idea of the two of us setting things up like our live show and going through the FAQ on BGG. Besides giving us something to stream this sounded like the kind of thing that may actually be useful for people who watch the stream. A discussion of rule issues in Gloomhaven sounded like good content. Something I myself would probably watch or listen to. So that’s what we did.

So the FAQ document we are talking about is this one:
https://boardgamegeek.com/thread/1897763/official-faq-game-no-rules-questions-please 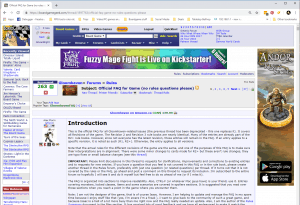 I don’t know exactly how many pages it is, as it’s a webpage, but you have to scroll for a long time before hitting the bottom.

We basically went through this file. We started at the top and discussed many of the questions in detail while skimming over some of the more obvious ones answered pretty clearly in the rulebooks. Note that we didn’t actually spoil anything (even though we warned that we might at the start of the show). One good thing about this FAQ is that all of the spoilers are hidden, so that you have to click on them. We just went through the basic questions. And it took us two hours to get through.

There was plenty of stuff in this list that I know we messed up. Some of it is stuff we got wrong early and have since corrected in later games but there was also some other stuff that we messed up as recently as our last game. Like the fact that you can’t visit Gloomhaven after a random dungeon, so can’t get blessed or have city encounters. Sadly our prestige is inflated due to this one, as I know of at least eight times that we’ve gotten blessings after non-campaign games.

Another one was learning that they nerfed the stamina potion so that it only gives one card back instead of two. And there were more, plenty more. But you are going to have to check out the video to see them all.

Do you keep up FAQ and Errata for your favourite games? What’s a game you learned you’ve been playing wrong all along? 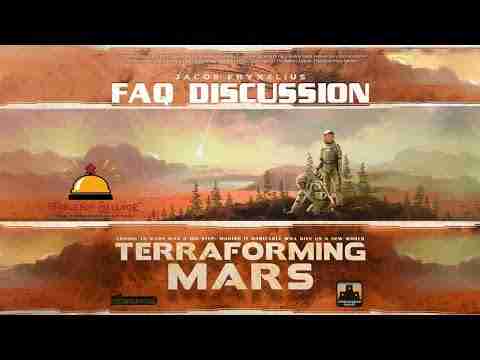