Review of Wheel of Life for Aventuria, a component upgrade for the Aventuria Adventure Card Game 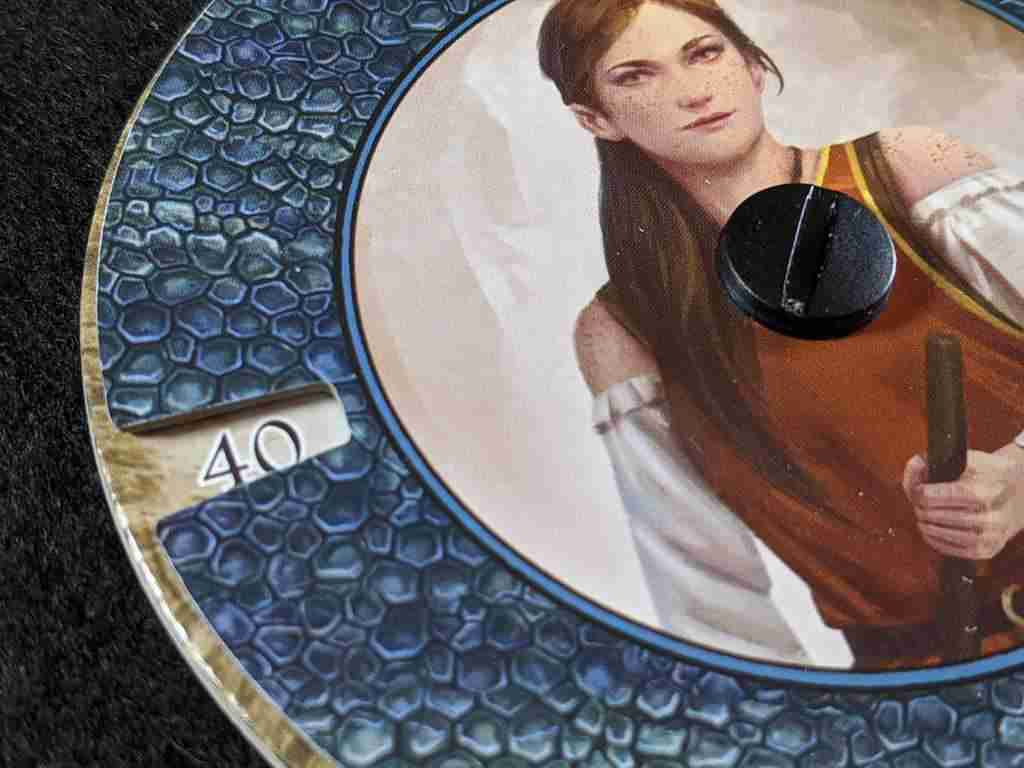 Aventuria: Wheel of Life, originally released in Germany as Rad des Lebens, is a small box expansion for the Aventuria Adventure Card Game. It contains life counters for all of the existing characters in Aventuria as well as a small “Dragon Counter” bonus expansion.

Ever since discovering the Aventuria Adventure Card game my wife and I have been hooked. It’s the best Adventure Card Game that we’ve played and we’ve been slowly taking the time and checking out all that Aventuria has to offer, including the Wheel of Life Expansion and more.


Disclosure: Thanks to Ulisses Spiele for sending me the Aventuria: Wheel of Life to check out. Some links in this post are affiliate links. Using these links doesn’t cost you anything extra and it helps support this blog and podcast. As an Amazon Affiliate, I earn from qualifying purchases.

What do you get with the Wheel of Life expansion for Aventuria? 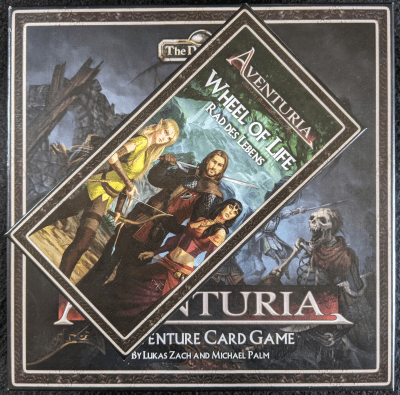 Aventuria: Wheel of Life was designed by Michael Palm and Lukas Zach. It features artwork by Nadine Schäkel. It was published by Ulisses Spiele in 2019 and is being distributed in North America by Studio 2 Publishing. This is an expansion for the Aventuria Adventure Card Game and does require the core box to be useful. This expansion has an MSRP of $24.95 USD.

Wheel of Life is more of an accessory for fans of Aventuria rather than an expansion, though there is one small addition to the game. the Dragon Token. The main thing you get in this box though are the eleven wheel style heath counters.

You can see these life counters and the new dragon token in our Wheel of Life unboxing video on YouTube.

The contents of this box are pretty much exactly what you would expect. A very small two sided sheet of rules and assembly instructions, a bunch of punch boards and a baggie holding plastic screws for holding the wheels together. The punch boards contain eleven two part life counters, a number of character counters and the dragon counter. 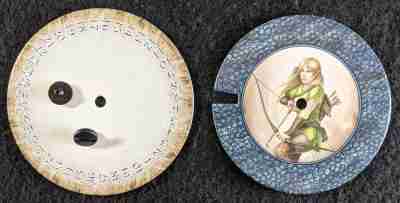 Of note here is the fact that the connectors for the life counters are screws and can be undone once you’ve assembled your life counters.

Note that the actual gender swapped hero cards aren’t included here. They were offered as promo cards at Aventuria events and tournaments.

The quality here matches the second edition core set pretty much exactly with everything featuring a nice matt linen finish.

How do you use the Wheel of Life expansion for Aventuria? 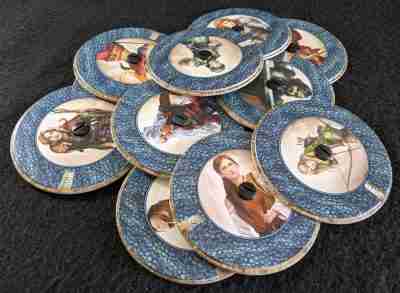 The main purpose of the Wheel of Life expansion for Aventuria is to provide you with an alternative to using cards to track your health while playing a game of Aventuria. Interestingly, the first printing of Aventuria included these wheels as do some of the expansions (I know for a fact you get one in Forest of No Return). It seems that someone thought that using cards was a better option so they changed that for the second edition. That must not have been a popular choice for fans though, or else this expansion wouldn’t exist.

Using these wheels is simple, you assemble one for the hero of your choice, picking whichever artwork you want to use, then set the dial to the appropriate starting life total (usually forty). There are enough screws in the box so that you can assemble all eleven wheels.

The new character tokens can be used to replace the tokens you already own when playing with a gender swapped version of a character. There’s nothing new to see here except for new artwork. 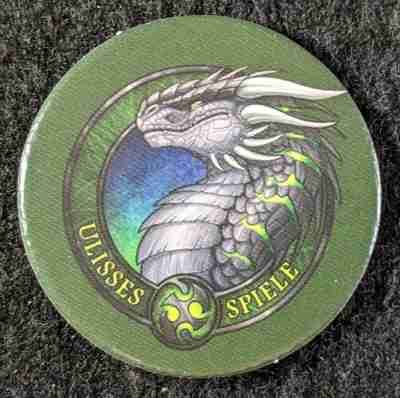 This leaves the Dragon Token, which is a small expansion that can be used in any of your games of Aventuria, both during a duel or a cooperative adventure.

The Dragon Token can be spent at any time to make an opponent re-roll a roll. When spent it goes back to the centre of the table just like a Fate Token. Note the Dragon Token does not count as a Fate Token, so it is not counted when determining the target for an attack or any other ability that would affect the pool of fate (like the Orc Shaman’s ability to remove fate tokens from the game).

Is Wheel of Life for Aventuria worth picking up? 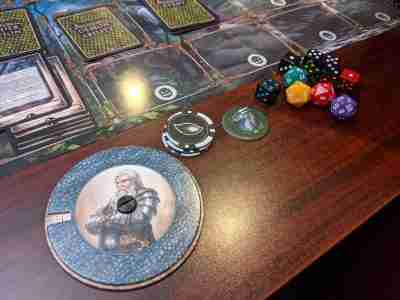 There’s nothing included in Aventuria: Wheel of Life that you need to have. This expansion doesn’t feel like a must have expansion to me, but it is nice to have.

I didn’t mind tracking health with cards when playing Aventuria and in all of our games I think those cards only got bumped maybe once or twice. That said, with the wheels in Wheel of Life you don’t have to worry about bumping or nudging at all.

I also really dig that Ulisses Spiele put out gender swapped versions of most if not all of the heroes. Representation in games matters. Though I do wish they had included the variant art hero cards as well.

If you already own the gender-swapped promo cards, you will have more of a reason to want to pick this up than the rest of us.

The Dragon Token expansion is quite cool and a welcome addition to the game. Again, it’s not something I feel you need to have to enjoy the game. I can’t say that it makes the game considerably better, but it does add a bit more player control over the game, giving you the option of being able to force opponents to re-roll dice instead of just being able to re-roll your own.

Since opening this box we’ve used the Dragon Token in every game, we dig it. 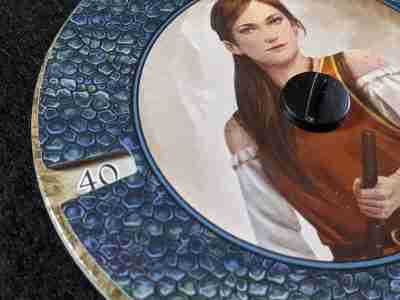 The real problem with this box to me is the price. I get the fact that plastic screws and thick cardboard aren’t cheap, but for a nice to have expansion with nothing that felt completely necessary, $24.95 seems like a high cost to me. If I already had the gender swapped hero cards I could more easily justify that cost.

If you are a huge Aventuria fan and just want to have all the stuff, then sure go out and pick this up. If you’re playing with gender swapped hero cards and want your character tokens and life wheels to match, that’s another good reason to pick up this expansion. If you can’t stand tracking health on cards and constantly bump or move your cards, you may be able to justify the cost just to eliminate that problem. 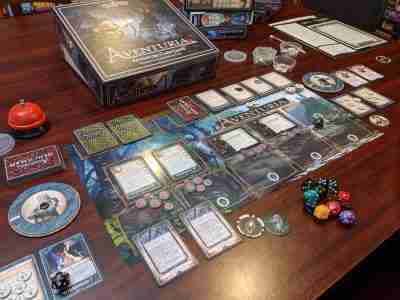 For the rest of us, it’s going to depend on budget. If you dig Aventuria and have the budget for it, pick up Wheel of Life. You get an improved way to track your health, some new gender options and a cool little expansion with the Dragon Token. If your gaming budget isn’t that high, I would save up five more bucks and pick up an Aventuria expansion with more bang for its buck, such as Forest of No Return, the first adventure expansion for Aventuria.

What’s your favourite “nice to have” expansion? What expansion do you dig that adds some neat bits or somethign minor to the game, which you feel is fun and could be worthwhile, but isn’t a must buy? 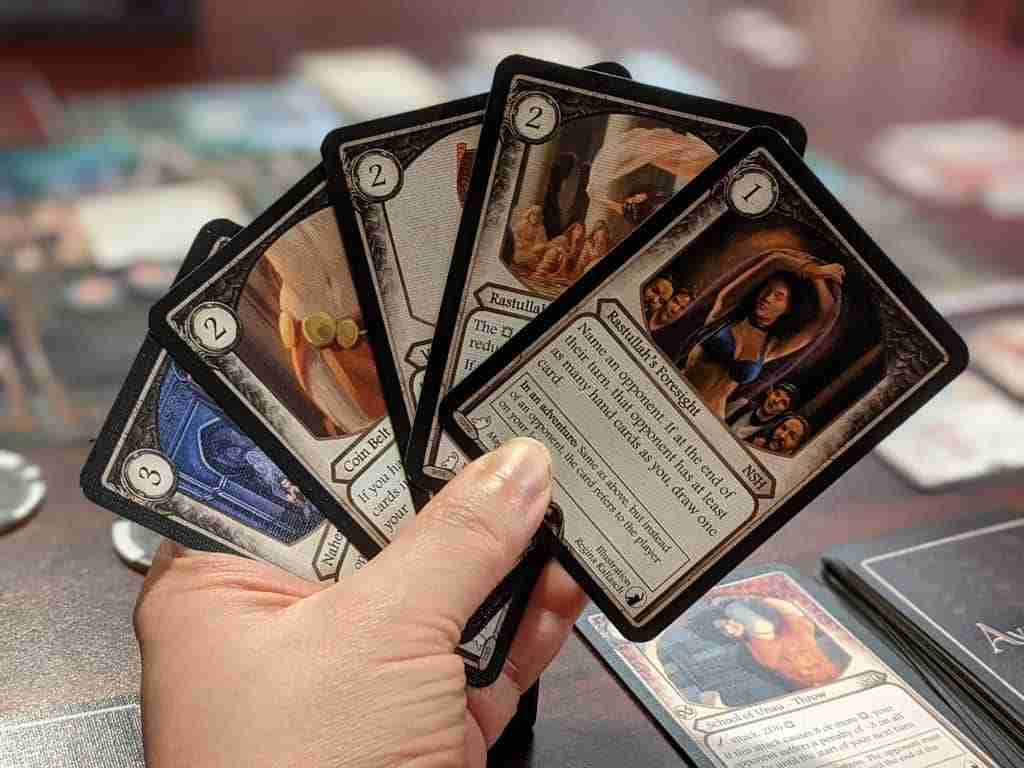 Review: The Veil Dancer Hero Set for Aventuria, A new hero and a short Adult adventure 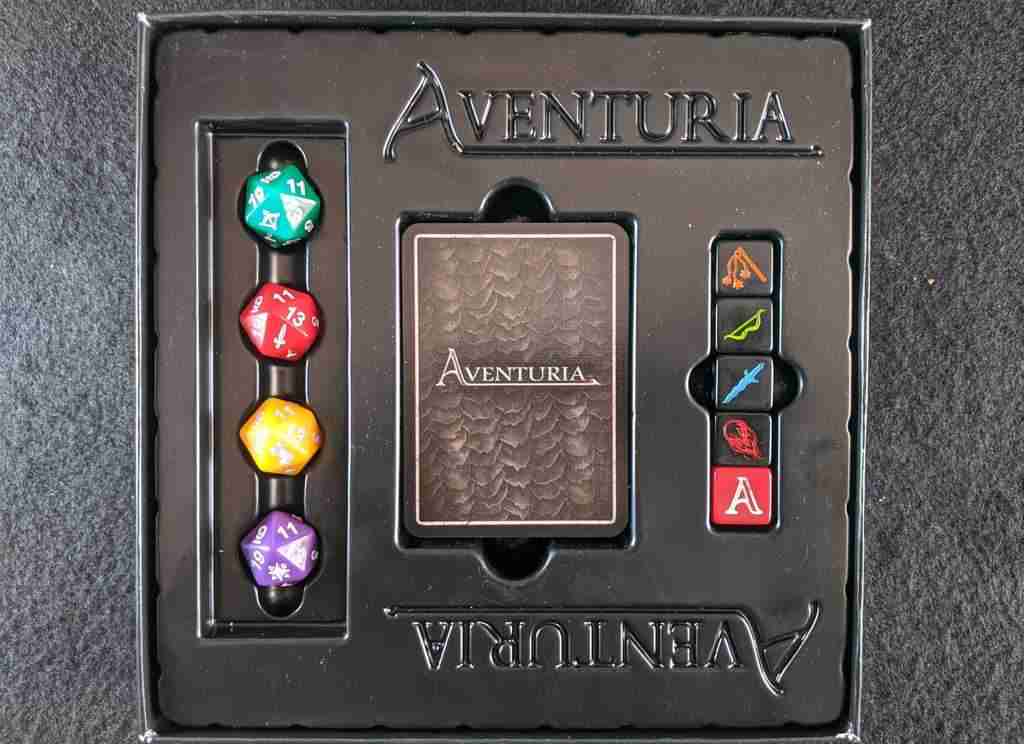 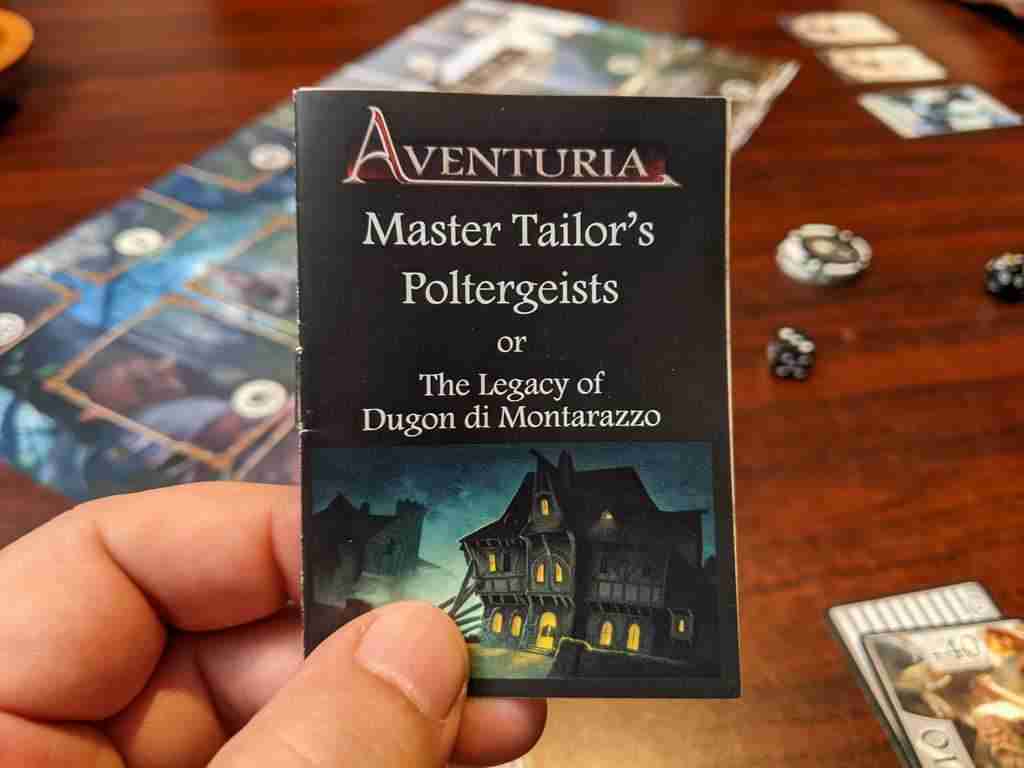