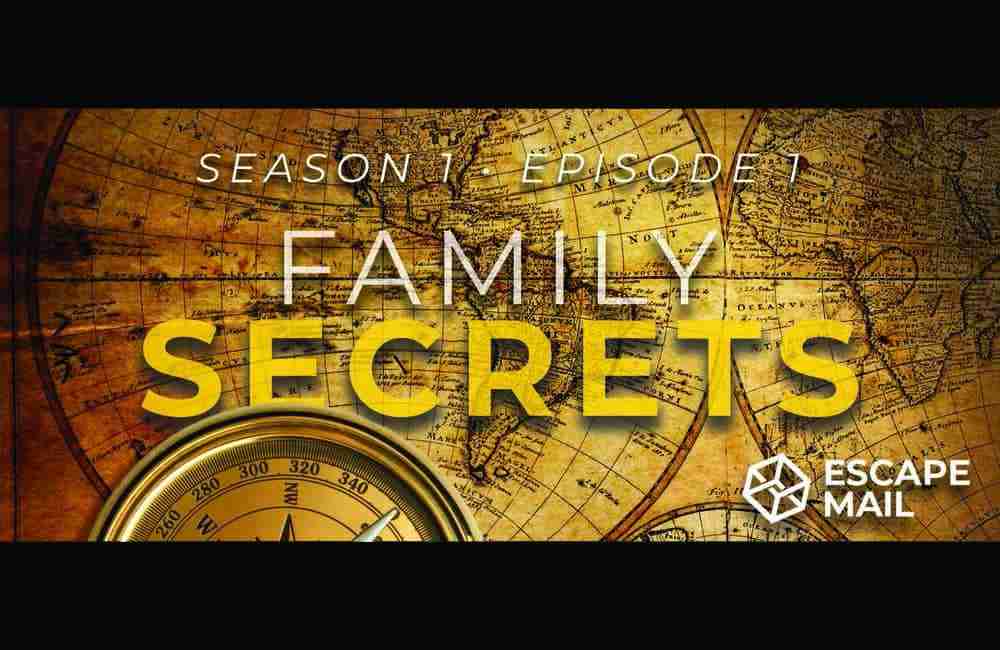 The escape room phenomenon seems to have really taken off, with rooms popping up all over the world. Along with this there have been a number of “escape room in a box” games released. Escape Mail seems to be the next step, an escape room experience delivered by mail.

Today I take a look at Season 1 Episode 1: Family Secrets from Escape Mail by the Canadian company Mobile Escape.

Disclosure: Mobile Escape provided me with a review copy of this escape room game, no other compensation was provided. Some links in this post are affiliate links. Using these links doesn’t cost you anything extra and it helps support this blog and podcast. As an Amazon Affiliate, I earn from qualifying purchases.

What exactly is Escape Mail?

Escape Mail is a new escape room experience from Mobile Escape a company located in Alberta, Canada that launched in November 2019. They started development on Escape Mail in March 2020 and currently offer a single twelve season episode of Escape Mail starting with Family Secrets, the episode that I am reviewing here today.

This twelve episode season is available one episode at a time, in a bundle all together, or as a monthly bundle where you receive a new episode each month.  The cost of an individual episode is $14.99CAD, whereas the bundles cost $132CAD. I did some comparison shopping and this price seems to be pretty much on pare with similar mail order puzzle experiences.

If you want to take a look at what you get in this first episode of Escape Mail, I encourage you to check out our Escape Mail Unboxing Video on YouTube. In it, I am very careful to try not to spoil anything. I open up the envelope to the point where I get to a seal and then give everyone fair notice to turn off the video at that point if they don’t want to see any further.

That said, I don’t think just knowing what’s in the envelope will actually spoil anything. There’s no way you are going to see a clue or solve anything just looking at the components in this video. The same goes for the images in this blog post. Also, everything I show off can be seen on the Mobile Escape web page and their Facebook ads. I figure if the company making the game isn’t trying to hide what the contents look like I’m not actually spoiling anything.

What I will say here is that I was surprised by the amount of stuff they managed to fit into one envelope. There were parts of a map, a card with a bunch of icons on it, some twine, a shipping manifest, a note from a family member, a scrap of parchment with odd marks on it and a card with some odd coin, an Aztec Sun Stone and a compass.

The quality of these items was mixed. Most of it was obviously just printed out on a printer, some on paper, some on cardstock, nothing was actually cardboard. There were no punch outs or anything like that. Some of the bits were weathered and folded to make them look aged, others were not and could have come fresh off my own inkjet. I can’t say I was overly impressed by the quality but I wasn’t really disappointed either.

Finally, it’s worth noting that, for this particular episode at least, you do require tape and scissors and some components will need to be destroyed in order to solve the puzzle. This, of course, means that each episode of Escape Mail is a one and done experience. The other thing that is required to play this game is an email account and access to a web browser, which I found rather interesting.

Our experience playing through Family Secrets from Escape Mail

For our first Escape Mail experience, we decided to invite Brenda, Deanna’s mother, over to try it out with us. She’s a huge puzzle fan and I thought she would enjoy the experience and also be an asset to us if we got stuck trying to solve this particular game.

One of the things I found very interesting about Escape Mail, when I compare it to the other Escape Room style games I’ve tried, is that it didn’t come with any instructions. When I played my first Exit game, it walked you through everything from how to play and what to expect to how to use the cards and where to find hints. You can read all about the Exit onboarding in my Exit: The Secret Lab review. There was none of that here.

It was obvious that you were to read the letter from a family member first as it was wrapped around everything else and sealed but from that point on it wasn’t immediately obvious where to go. This meant that at first the three of us were just fumbling around looking at different things and trying to figure out how everything interconnected.

We did eventually figure it out and it didn’t take too long to find some direction. I have to admit I did feel a sense of accomplishment once I realized where that direction came from. Interestingly, in that initial confusion, Brenda started working on a project that was a step above what was required from the game. There was a word-based puzzle that she had gotten about 75% solved when we found another clue that gave us a cypher that would have made solving that particular puzzle much easier from the start. I found it amusing that we had almost solved that part of the game on hard mode. 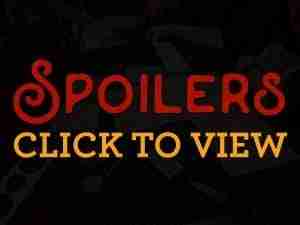 Even despite trying a bit too hard on one puzzle, I found the difficulty to be just about right. We got stumped a few times but never for long enough that it got frustrating. There weren’t any puzzles that were glaringly obvious either, all took at least a little bit of thought. I estimated our total time to solve everything to be about forty-five minutes or so, which sounds about right for this style of game.

One aspect I did not like was the inclusion of technology. It was clear upfront that you needed an email address and a web browser to play so I knew that tech would be involved, and it’s use was done well enough but we all felt it took us out of the game.

Despite the fact that the need for tech was stated out front, it felt like this game was meant to take part in the past. It’s the start of a treasure hunt and I picture the family member involved to be an Indiana Jones type of character, not who it turned out to be.

Which leads me to the most disappointing part of this entire endeavour, the reward at the end. While all of us enjoyed puzzling things out and getting to the final answerer, the actual payoff was just lame. I’m very tempted to spoil it here just so other people know what to expect, but I won’t. I will just say that it wasn’t what I was expecting. It was poorly produced and really rather corny. The end reward didn’t in any way make me want to order Episode 2: Missing Person.

Overall, I would say that all three of us enjoyed our Escape Mail experience.  The most fun was that initial confusion of looking at all the disparate things in front of us and trying to figure out how they connected. Some of the puzzles were just difficult enough that it made us feel smart by solving them. Solving the overall puzzle was fun, but I’m not sure it was worth the reward. The end game here was really lacking, and it didn’t drive us to want to try out the next episode.

Between the three of us, my mother-in-law, the puzzle fan, had the most fun. This seems like the kind of thing she would probably enjoy getting on a regular basis. I could see her picking up the monthly bundle from Mobile Escape and enjoying it.

Deanna and I, on the other hand, had some fun, but we both found that we’ve enjoyed other escape room experiences more, especially for the cost.  For $22 (or less if there’s a sale) I can get a complete story and experience from one of the Exit: The Game boxes from Kosmos, whereas with Escape Mail, to get the full story, I need to spend over $130. You can buy a lot of Exit games for $130.

One interesting option that Mobile Escape does offer, which I recommend for anyone who is now curious after reading this review, is that you can buy the first episode and then if you enjoy it you can get a bundle with episodes two through twelve.

If you’ve subscribed to something like Escape Mail please tells us how it went for you. I would love to hear about other mail order escape room experiences in the comments.
Related Posts