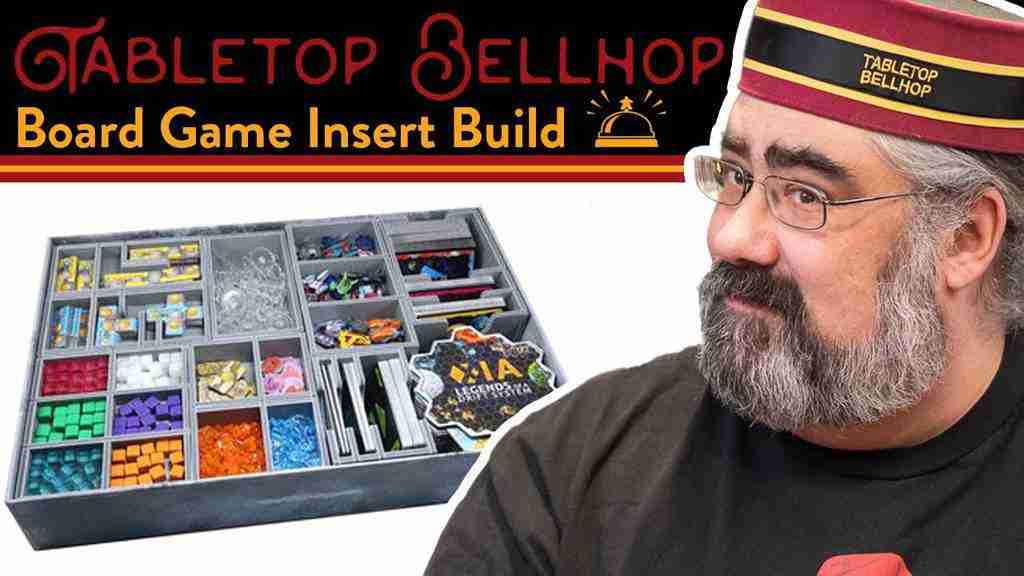 Check out this accelerated video of me building the FS-XIA foamcore box insert from Folded Space for the sci-fi board game Xia.

This insert is compatible with Xia: Legends of a Drift System, including the Embers of a Forsaken Star, Sellsword, and Missions and Powers expansions.

Disclosure: Folded Space sent me this insert to check out. No other compensation was provided.

This board game box insert build took me a little bit under an hour in total (not counting waiting for the glue to dry). I recorded the entire build live on Twitch. The video below is an edited version of that live stream, condensed down to under half an hour.

For this build, I used Folded Space’s new and much-improved assembly method which includes a trick for laying down all the glue at once. You can find out more about this method here: https://www.foldedspace.net/assembly/

FS-XIA Insert
Insert compatible with Xia: Legends of a Drift System, including the Embers of a Forsaken Star, Sellsword, and Missions and Powers expansions. The design provides both efficient storage and improved game play. The trays can be utilized during the game, and they greatly aid set-up and clear-away times. The rules and boards act as a lid on top of the trays.

Should you buy the Xia box insert from Folded Space?

As I wrote about in our Are Box Inserts For Board Games Worth It? article, there are two main things that I look for in a box insert.

First off the insert should provide improved storage. While the FS-XIA insert didn’t let me get rid of any boxes, since everything I owned already fit in the box, it did greatly help organize all of the components for the game. Before building this insert, I had everything sorted into baggies. While this worked, it wasn’t great. Things shifted and slid around and finding the right baggie usually meant just dumping the entire thing on the table.

This foamcore box insert gave me a place for everything. Added to that the trays in this insert all fit snuggly enough that things should not shift or move around much. That said, there aren’t any lids on anything, so I don’t think I would want to take a chance on storing this game any way but flat, and when transporting the game I’m going to try to keep it flat as well. 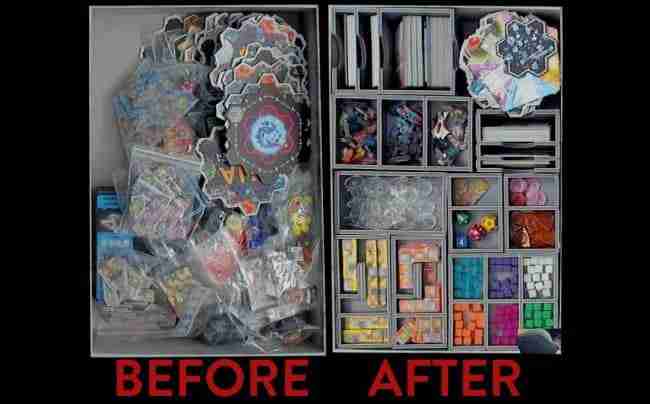 The Second thing I think an insert should do is to make set up easier. Here’s where this Xia box insert really shines. I love the way it is made to not only store the components in a logical manner between plays, but many of the trays are also designed so that they work as component organization right on the table. You just take them out of the box, put them on the table and go.

Added to this, I love the fact that the ship upgrades are sorted by type and in trays that can be easily passed around between players. It’s these kinds of design choices that will actually enhance gameplay and make things flow more smoothly while playing the game.

As for building the insert, it went very smoothly. Most of the trays were pretty basic boxes and very easy to build, and even the fiddlier upgrade trays weren’t at all complex.

I really did appreciate the new assembly method of a dry build, flattening everything, applying glue in a grid tab to tab and re-assembling. It doesn’t sound like that big a deal but it’s this method that let me build a nine board tray in under an hour. Looking back to my Eminent Domain FS-EMDOM insert build where I didn’t have this method, that took me almost an hour for three sheets. The main time waster then being how I was applying the glue. 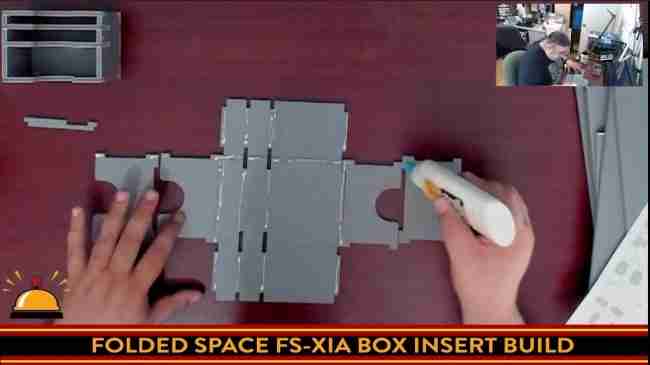 Overall I was extremely impressed by this board game box insert. It was a pleasure to build, quicker to build than expected and does the two main things I want an insert to do. It did a great job of organizing the components for Xia, including all of the expansions, add-ons and Kickstarter exclusives. This insert also makes set up and take down quicker and goes even beyond that by offering trays that are not only functional for storage but that can also be used during play.

While there are other box inserts for Xia out there, that I will admit also do these same things, this Folded Space inert has the added advantage of being light. I don’t even want to think about how heavy my game would be with a wooden insert in there.

If you’ve got a copy of Xia: Legends of the Drift System and the Embers of a Forsaken Star expansion I strongly recommend picking up this insert.

Do you like to upgrade your games with things like box inserts? I would love to hear about your favourite box insert. What game was it for and why was it so great? Let us know in the comments!

Have a look at our Board Game Bling Gamer Gift Guide for other suggestions on how to improve your favourite board games. 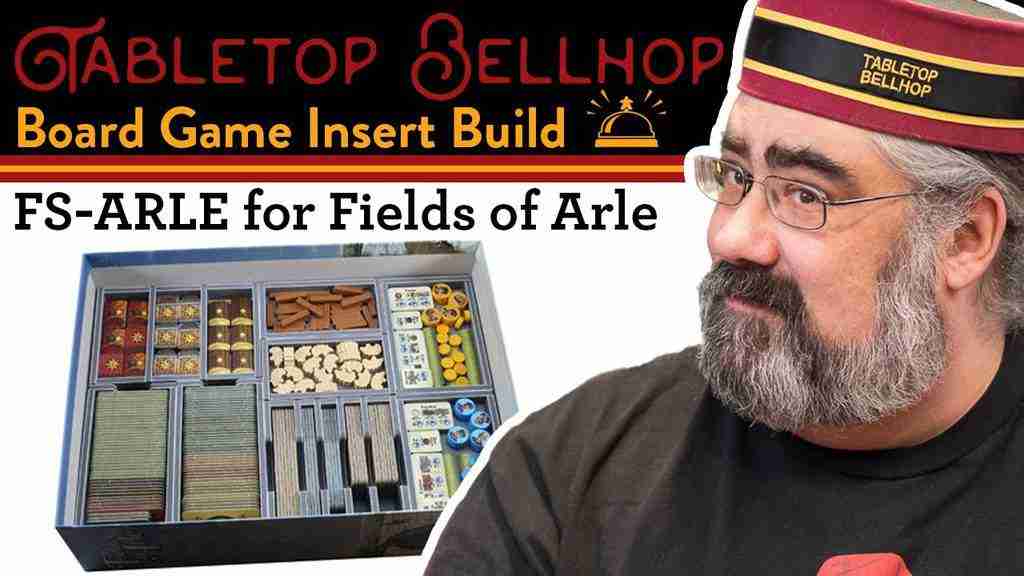 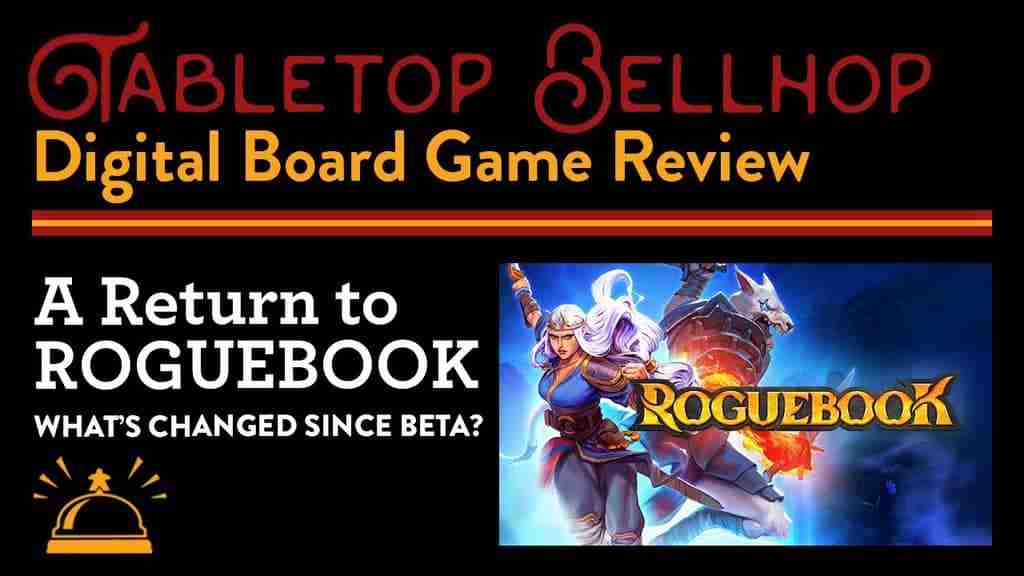 Review: Roguebook, What’s changed since Beta? We share our thoughts now that the game is officially released