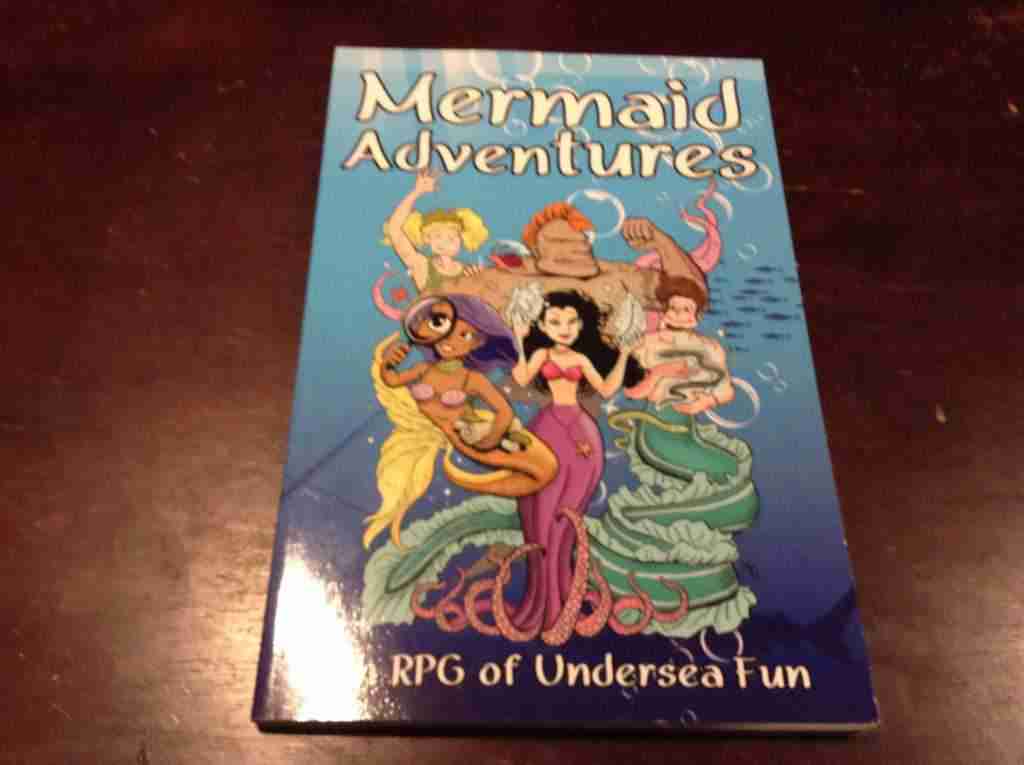 Finding the right role-playing game to get your kids into roleplaying can be hard. The first RPG I introduced my kids to was Mermaid Adventures by Eloy Lasanta and Third Eye Games.

Mermaid Adventures is a traditional roleplaying game set in an undersea world that is presented in a way that is, and featuring mechanics that are, easily accessible to kids and new gamers alike.

Disclosure: Some links in this post are affiliate links. Using these links doesn’t cost you anything extra and it helps support this blog and podcast.

A look at Mermaid Adventures the role-playing game 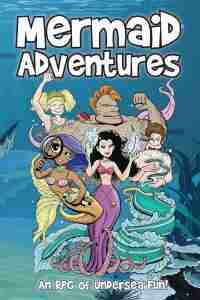 Mermaid Adventures is a fantasy role-playing game that was originally a Kickstarter which funded and was published in 2012. Since then Eloy has released an updated version: Mermaid Adventures Revised Edition which is based on his updated Pip System Corebook. This review though is for the original printing of the game.

I personally own, have played and run, the 2012 full-colour, softcover edition of Mermaid Adventures. It is also available in black and white for a reduced cost and in PDF. At this point in time, it really seems like the Revised Edition is the entry point for this game. If I were looking to buy a copy now that is what I would look for.

The book I own is 100 pages long, full colour, single column, using a very large and easy to read font. It features a ton of awesome artwork by Melissa Gay. This is a very well produced book with a great layout and a very visually appealing style. It was a breeze to read, easily read in a single sitting in a pretty short amount of time. The rules are simple, concise and easy to understand and written at a level where even kids could read and learn to play from it.

Mermaid Adventures is a traditional roleplaying game in the sense that it uses the tried and true player and game master relationship with the game master being called the Navigator. The Navigator runs the game, drives, and moderates the story while the others play characters in that story. 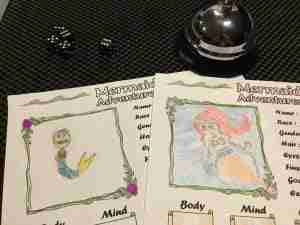 The characters in Mermaid Adventure are all merfolk of various types. There are fishfolk, eelfolk, urchinfolk, jellyfolk, octofolk, reyfolk, sharkfolk and lobsterfolk. A very generic underwater setting is given featuring a capital of Atlantis, nearby Dark Lands and a small assortment of non-merfolk sea creatures including the dreaded Kraken.

Character creation is dead simple and starts with picking a type of merfolk the player wants to play, splitting points between four statistics Body, Mind, Charm and Luck, and picking some starting qualities which are a mix of skills and special abilities. There is also a series of charts for determining things like what your character looks like, unique items they may have, weapons they prefer to use, clothing style, etc. Finally, there is also a spot on the character sheet to draw your character, which was something my girls thought was amazing.

A bit of information on the mechanics of Mermaid Adventures 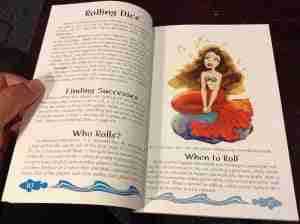 The mechanics in Mermaid Adventures are very simple and only require the use of a set of standard dice. The game requires dice of two different colours to be used and recommends white and black, though you can use anything you have on hand. I recommend about six of each colour, though less will work if you are willing to re-roll dice and remember what was initially rolled.

When faced with a situation where the Narrator is uncertain of the result, a task roll is made. Players build a pool of white dice based on their attributes and qualities. This is paired with a pool of black dice based on the difficulty of the task set by the Navigator. All the dice are rolled and 4s, 5s and 6s count as successes on both colours of dice. If you get more white success than black you succeed, if there are more successes on black dice the task fails, a tie results in a partial success using a yes, but… style of result.

There is also a more detailed conflict system that can be used for social interactions, fights, races, and other character vs. character interactions. This involves opposed rolls with hits causing damage to the opponent’s attributes. To go with this system the game also includes a small list of friends and enemies and the statistics to use for them when used in a conflict. 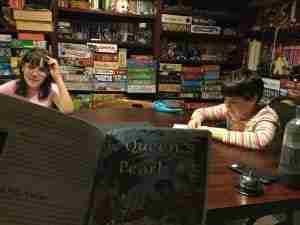 Along with character creation rules and a resolution system, Mermaid Adventures includes a surprising amount of great generic gaming advice. Things like how to be a good Navigator, how to get your group together, what to do in your first session, etc.

This information is obviously aimed at someone new to tabletop roleplaying and does a great job in onboarding with very kid-friendly language and tone.

The final thing you will find in Mermaid Adventures is a series of short adventures to give you a taste of what types of stories a Navigator can tell and how to best implement the game mechanics. I was impressed by the variety of these and the fact they weren’t all just “beat up the baddies” stories. For example, the second adventure has the characters taking part in the underwater Olympics.

My final thoughts on the kids’ RPG Mermaid Adventures

Overall Mermaid Adventures is an awesome introduction to roleplaying games for families and young children. That said I honestly think that a group of full-grown adults could also have fun with this system. I know I could see running this as a one-shot with my regular group and can easily see them having fun. 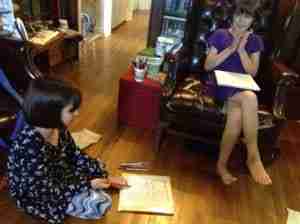 What I was most impressed with was when my oldest, who was only nine at the time, asked to read the book herself. She was able to pick up everything in the book and then run an adventure for her younger sister without needing any outside help. That was a very proud gamer dad moment for me.

Both of my kids really love Mermaid Adventures, it is a fantastic introduction to the world of more prescriptive imaginary play and the concept of using mechanics to determine which way a story goes. I can’t help but recommend this game to anyone interested in bringing their kids into the world of fantasy roleplaying games and I also think this could be a great intro to roleplaying for a non-gamer who is into the whole mermaid/under the sea theme.

Have you introduced your kids (or someone else’s kids) to the wonderful world of roleplaying? What game did you use? I would love to hear about it in the comments! 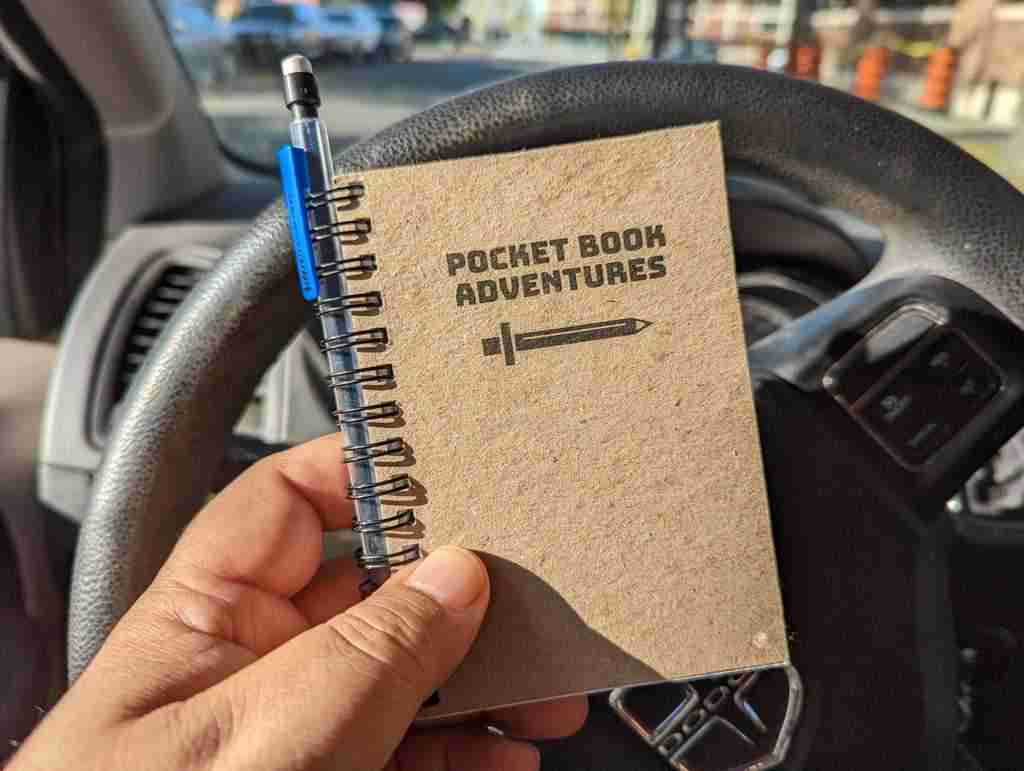 (P)review of Pocket Book Adventures, a solo RPG that fits in your pocket!