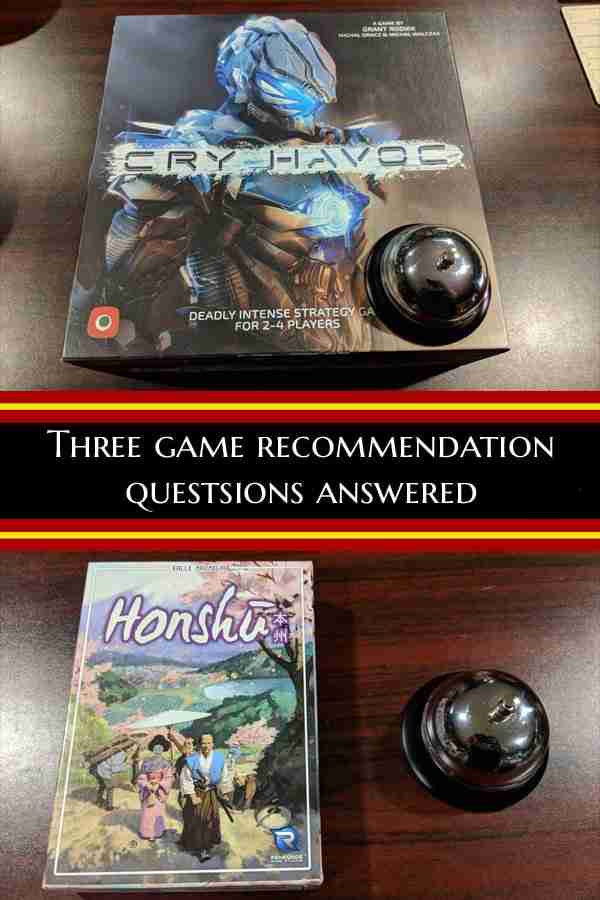 Our audience wants to know what to buy/play next,

Since launching Tabletop Bellhop we have received almost 30 gaming and game night questions. Thank you so much to everyone who has sent in a question.

So far we have looked at six of those questions and gone into pretty deep detail on all them. These were all questions that had long answers. Many of the questions we have gotten aren’t quite as in-depth and aren’t the kind of thing that requires an entire blog post or podcast episode to answer.

Today we are going to take a look at some of those questions, specifically questions looking for game recommendations, and answer three of them in one blog post. As usual, we will also be discussing these questions on our next podcast, which you can watch us record live at twitch.tv/tabletopbellhop Thursday nights at 9:30 eastern.

You can listen to us discuss this topic on the podcast here: Tabletop Bellhop Live Podcast Episode 6 – Answer Me These Questions Three

What would be good three-player games that cover area control or wargame-esque skirmishes that can be played in 45-60 minutes. Wanting to improve my lunch hours at work.

That is not an easy question Daniel, but thanks for asking. The hard part here is that time limit. 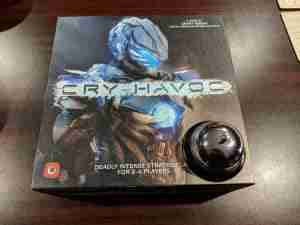 . This is a great 2 to 4 player folk on a map area control game that is very asymmetric. Amazing components, great miniatures and one of the best non-dice based combat resolution mechanics I’ve seen in a game. I just don’t know if you could fit a game in at lunch. I’ve finished a game in about an hour, it’s possible but everyone needs to know the game really well to play that fast. It may be worth trying.

One of the best Three Player games I own may fit your requirements. Tash-Kalar: Arena of Legends

. The problem is I’m not sure whether or not it fits your definition of a skirmish game. The game represents a gladiatorial battle but the actual mechanics fall firmly under abstract strategy. It’s a very unique game where you play tokens on a grid and if you are able to build the right pattern it lets you play the creature and summon cards from your hand. These lets you do things based on the theme of the card, so, for example, the enchantress card lets you convert enemy tokens to your own. You score points based on quests, many of which are about controlling parts of the board.

While I haven’t tried it, Warhammer Underworlds: Shadespire

has rules near the end of the rulebook for playing 3 and 4 players. This falls under your skirmish wargame requirement solidly, I just have no clue how good the three player rules are, and it wouldn’t be cheap to get into as you would need the base box and at least one more army box for the third player. Plus like getting into anything Warhammer it can be a slippery slope investment wise.

My last recommendation is Smallworld

. Don’t let the fairly cute art fool you. This is a very cutthroat area control game that plays just as well with three players as it does with four. In this game, armies are made by matching two parts, a race, and a type. So you end up with armies like Merchant Amazons, Seafaring Elves, or Heroic Halflings. You start with one of these armies and march out taking out swaths of territory. You encounter other player’s races and battles happen. These are resolved extremely simply (you just have to spend more tokens than your opponent has in the area, and there’s a small luck factor added with a single die roll).  The thing is, you quickly run out of counters, and you have to put your race into “decline.” you flip them over score them one more time and then select a new race/trait combo and come back into the game with your new army. It’s a fascinating, very solid game, that is surprisingly simple to learn and teach.

I hope that helps improve your workday, Daniel!

Are there any cool games for fans of Dominoes? My gal’s dad is a huge fan of Triominoes and lately, we’ve played it quite a bit, just curious if there are other twists on Dominoes.

Thanks for the question Charlie! You are in luck.

I have to start with Kingdomino

. Both of these games are two player tile laying games that are based directly off dominoes (thus the names). Kingdomino is the lighter of the two and is very simple to pick up and start playing. There’s plenty of game there though and it’s not quite as easy to score well as it first looks. Queendomino is more of a gamers game, which adds in a market and other slightly more complicated rules. One of the first questions I answered here on The Bellhop was about these two games and you can read more about them here: Is Queendomino Better Than Kingdomino?

My second thought was that there are a crazy amount of different games you can play with a set of dominoes. My guess would be that your gal’s dad has not tried them all. I found this great site with about 100 different games to play with normal dominoes: https://www.pagat.com/tile/wdom/

The same company that makes Triominos also put out Quad-Ominos.

Now I haven’t played that so couldn’t tell you if it’s worth picking up or not but it could be worth looking into. 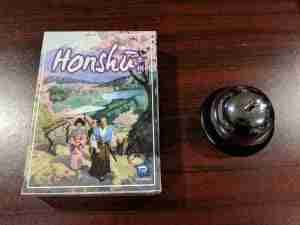 My wife, while editing this post for me, reminded me of another game that fits the bill: Honshu

. This is a very cool card game where you are building a city in Japan. These cards each have a 2 by 3 grid on them showing various types of city districts. What’s really cool in this game is that each time you play a card it has to either go over or under part of a card already in play. It’s one of the most unique games I own and the symbology and the fact you are matching items on the cards to cards already in play definitely ties it in well with Dominoes.

Personally, I would be very tempted to try to get your gal’s dad to dive into something like Carcassonne

. Like Dominoes you are laying down tiles and building from a single starting tile and when playing tiles you are making sure the edges match. One of the things you can do with Carcassonne, to make the first few games easier, is to ignore the rules for farmers and farms. Only score cities, roads, and cloisters.

One last suggestion, that is kind of a mix of dominoes and Scrabble

, is the mass market game Qwirkle

. Like Dominoes, there’s no board and you are playing tiles. In this case, it’s sets of tiles that have to have something in common (same colour or shape) and they build off of what’s already on the board (like Scrabble). I think Qwirkle is one of the best mass market games out there and recommend it wholeheartedly for any group of gamers both new to the hobby or long-time veterans. 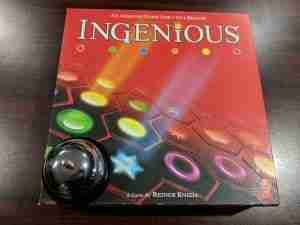 I lied, I’ve got one more. When I went to get some pictures for this post I noticed Ingenious

sitting on my shelf. Bump this one to the top of the list. You draw a hand of tiles from a bag, on each are two coloured symbols. You put them down on a hex grid and score points based on how many of the same symbol match off of the tile you just played. There are six different colours and the neat bit is that your final score is equal to your worst colour. It’s brilliant.

Good luck gaming with your gal and her dad, Charlie!

Steve sent us a question through the blog that asked,

My wife loves to play Splendor and I’m looking for another game as a step up from there. Any suggestions?

Steve, Splendor is such a fantastically well-designed game. A great gateway game. Easy to teach with enough depth to keep you coming back.

While I haven’t tried it, there is now an expansion out for Splendor, Splendor: Cities of Splendor

, that has a few different modules you can add to the game to keep it fun and interesting. Sometimes it’s better to take a game you love and build on that instead of trying to find something new.

If you do want to move on, my strongest suggestion is Century Spice Road

. Spice Road has a lot in common with Splendor as they are both engine builders where you collect a resource to buy cards that let you get more resources to buy more cards, eventually letting you buy cards worth victory points. What Spice Road adds, and Splendor lacks, is resource management. In Spice Road your resources are spices, and unlike the gems in Splendor, they have a rarity. Some spices are worth more than others and there are many cards you can collect that allow you to refine your cheap spices into better ones and then use those to buy better point cards. What is impressive is that Century Spice Road does this without becoming any more complex or harder to learn/teach. 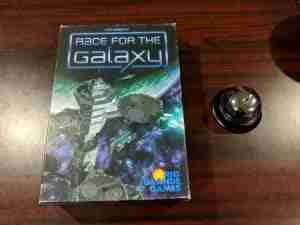 If you want an even bigger step up, something more like an elevator to the next floor, then I recommend Race for the Galaxy

. This is also an engine building game where you are building a tableau of cards in front of you. Race for the Galaxy is an action selection game with five different possible actions. The cards you play in front of you are worth points but also modify one or more of those five actions. For example, the first action you can choose is Explore which gets more cards into your hand. You may have a card in front of you that lets you draw more cards to look at or keep more cards out of the ones you draw. Every card you play is like this. The biggest problem with Race for the Galaxy is that it is notoriously hard to teach. There is a lot of iconography on the cards and until you learn them it’s not easy to figure out what everything stands for. I personally think it’s well worth fighting through this learning curve as it’s one of the best games I own, but it’s a significant jump up from Splendor.

Now I’m not sure from the question if you generally play games with just yourself and your wife. If that’s the case check out this previous Ask the Bellhop post: What Are Some Good Two Player Games?

That’s it for now

There you have three game recommendation questions answered. I’ve still got a couple more in the mailbag but we are going to save those for some other week.

How about you? Are you looking for any tabletop game recommendations? Not sure what to pick up next? Introducing a new friend to the hobby and not sure where to start? Send us your game recommendation questions by clicking on Ask The Bellhop up there at the top of the page. 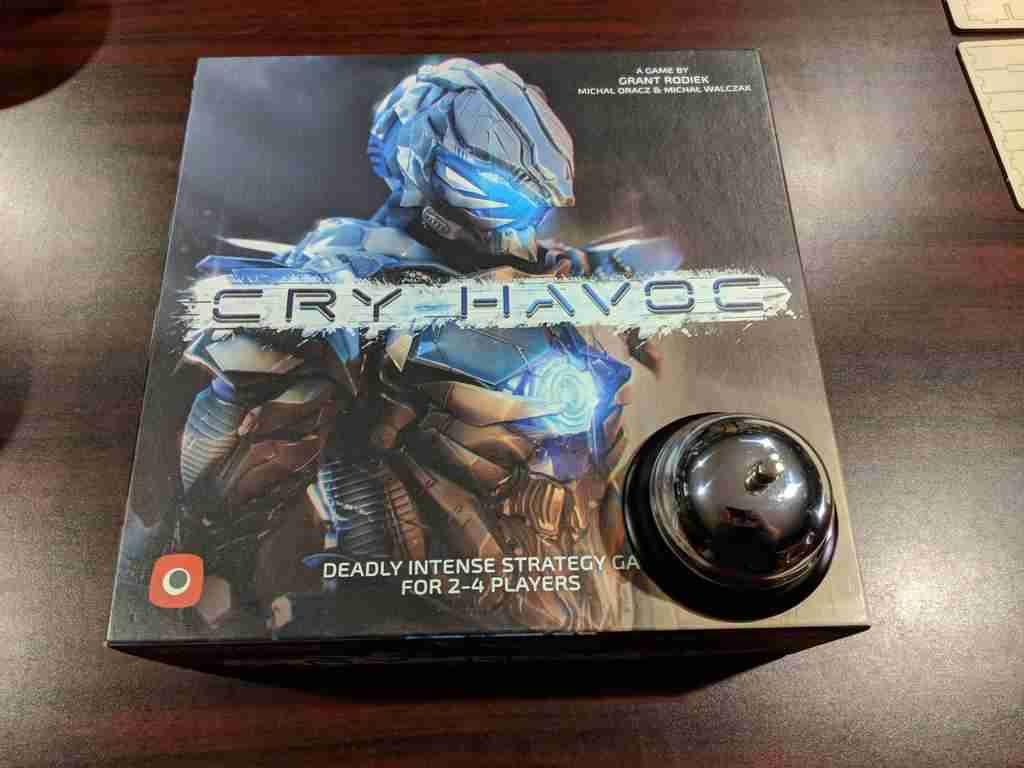 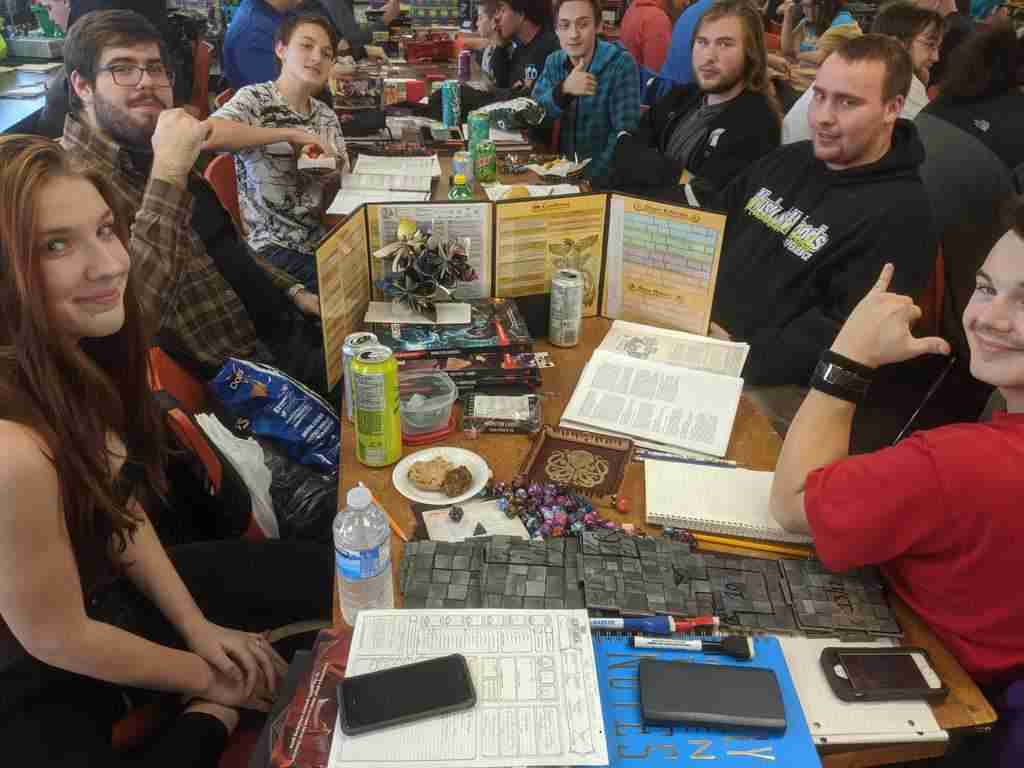 What is the Fastest Path to Becoming a Great Game Master? – Ask The Bellhop 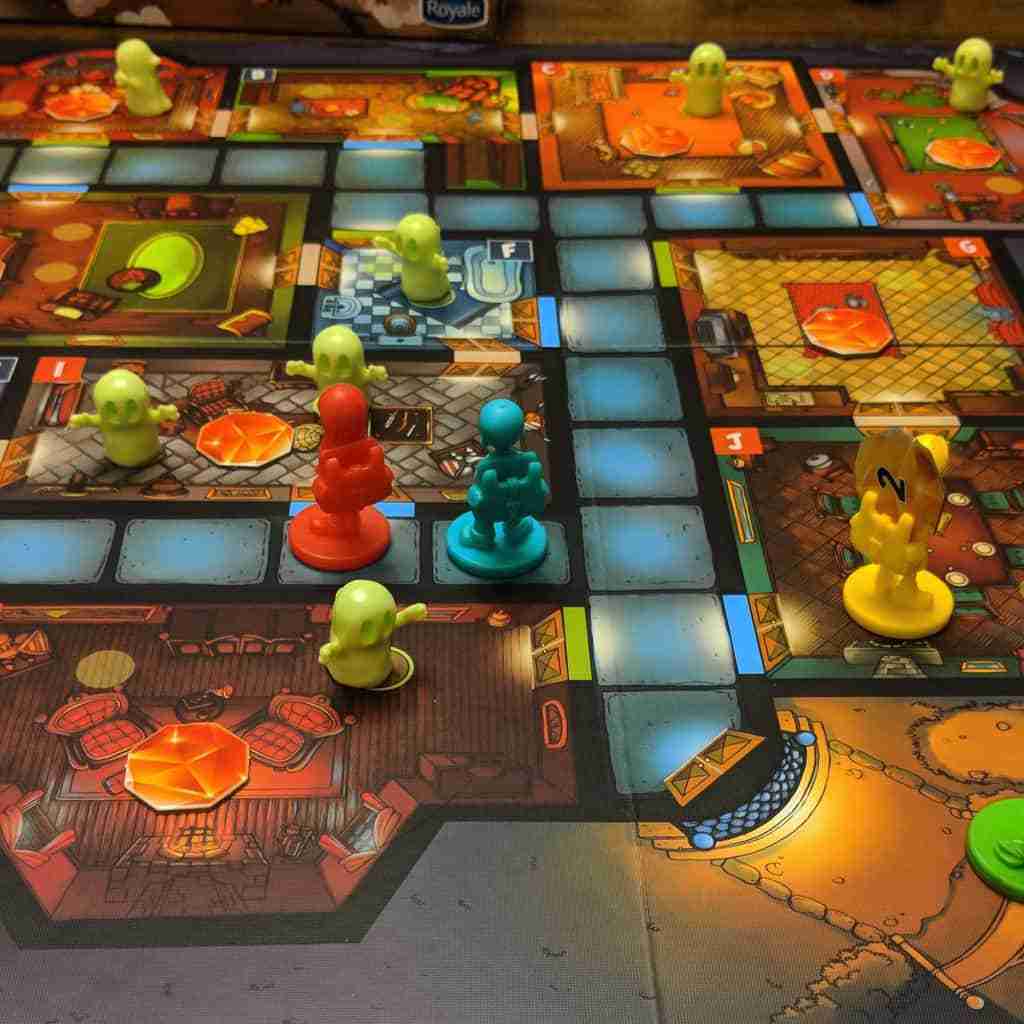 What are some less well-known cooperative kids board games? – Ask The Bellhop 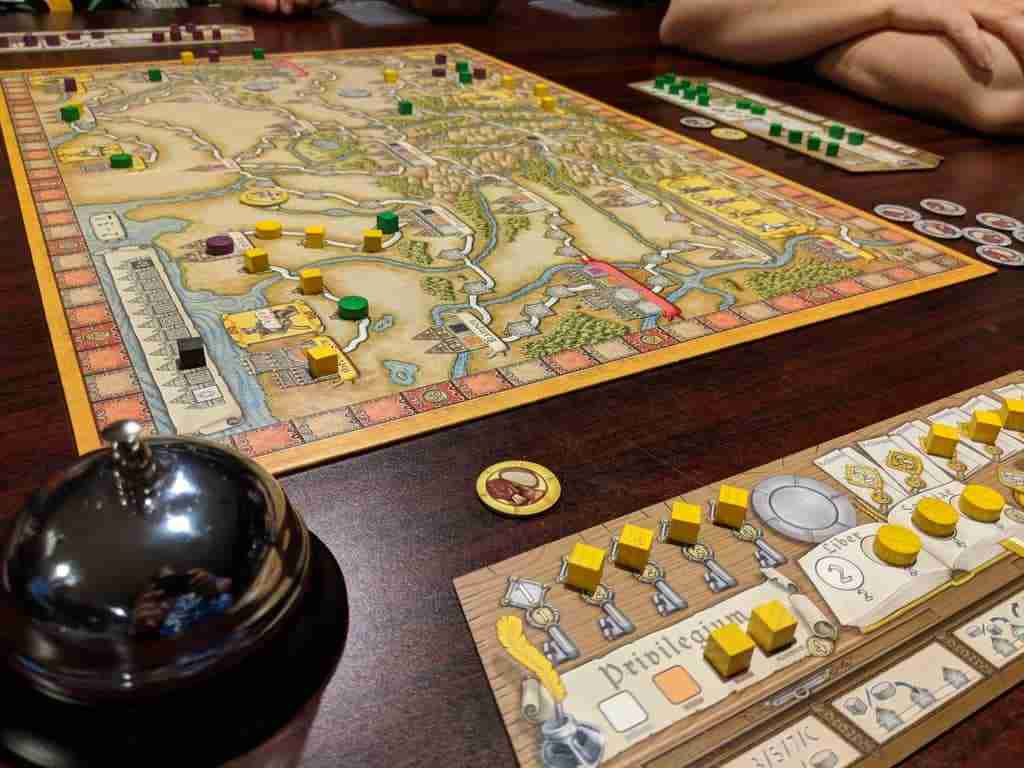 Weighing in on Game Complexity – Ask The Bellhop