Four of your board game questions answered – Ask the Bellhop 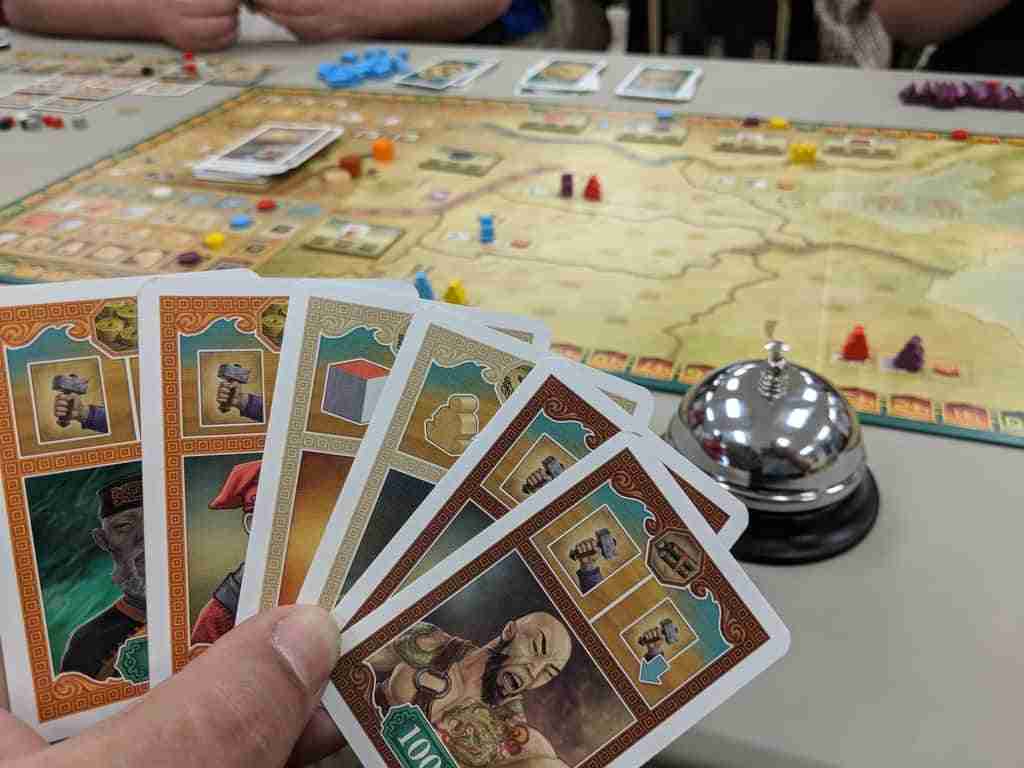 Today on Ask the Bellhop I’m going to be answering four of your questions.

These are all questions we’ve received on the blog or over social media that will be quick to answer. They are all good questions, just not on topics that will take an entire blog post or podcast episode to discuss.

We also talked about these four question on the podcast. Check it out.

Right now my PC is at PC Outfitters, a great local computer shop, getting upgraded. Something that I hope will help me to produce even better content going forward. 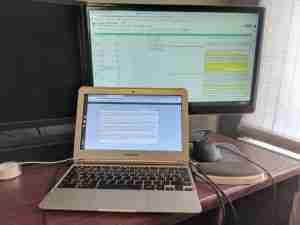 . A Chromebook that tends to grind to a hault if I have more than three tabs open. A Chromebook that doesn’t have any of my blogging stuff like images, templates, logos, etc. I was hoping to have my system back by now, but sadly that’s not the case.

I figured that this was the perfect opportunity to answer some of our shorter, easier to answer, questions.

Emmett O’Brian over on G+ asks:

Are there any good ways of printing off a larger format map? Like a map pod service?

The basic and most annoying way is to just print your map on standard paper and then tape/glue/lay them all together on the table to make your bigger map. The advantage this method has is that you can often create a fog of war effect by not putting all the sheets out at once. To help with this here’s a free piece of software called PosteRazor that will help you divide up your large map file into pages.

Now, I’m sure Emmett has already thought of combining regular sized sheets so here are some other suggestions: 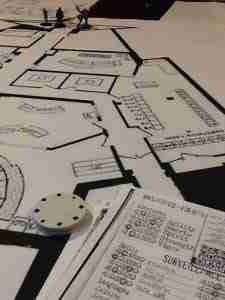 Staples/Office Depot or any local business supply store should be able to print larger format maps. The tip I’ve seen suggested is to ask for “Large Format Engineering Prints”. These go up to 36″ wide and as long as you would like. FedEx Office offers even larger, going up to 48″ wide.

If you want to go really fancy you can order a large neoprene mat with any image you want on it. This is where you get those mouse pad style mats that are becoming more and more popular in modern board games, replacing the standard board. One source is Deep Cut Studio but I’m sure there are more.

Now Emmett mentions a print on demand service, and yes, that does exist. Gamer Printshop is exactly what you are looking for. They do POD maps up to 36″x48. They offer cardstock as well and will even laminate your maps.

Any idea if ZhanGuo is good at 2 players? 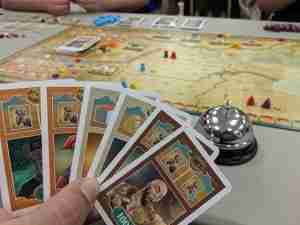 is a fantastic game. One of the best games in my collection. I personally think that to really enjoy this game you need the full four players. But it can be played with only two. But is it any good at two?

The board is scaled to work at all player counts, from two to four. There isn’t a lot of direct player interaction in ZhanGuo normally but it actually goes up when playing two players. It’s a lot easier to pay attention to what cards only one other player has and thus easier to predict what numbers will end up in the court (at least low, medium or high).

The other big part of the game is area majority and that suffers a bit at two player, as it becomes all or nothing with only two players competing for each area.

So overall yes, it is good at 2, it’s just better with more.

Is Concordia the best?

NecroDaddy80 asked this during one of our live Twitch streams:

Is Concordia the best game ever made?

Yes I realize this was a bit tongue in cheek but I figured since I’m answering quick easy questions I would get this off my questions list. 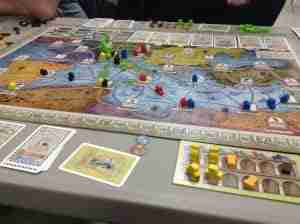 The answer is, of course, no, sorry NecroDaddy, Concordia

is not the best game ever made. It is a fantastic game. It combines a ton of individual game mechanics into something solid and coherent that works really well. You’ve got card drafting, deck building, action selection, resource management, point to point movement, a self adjusting market, area control, area majority, set collection and even some engine building. It still amazes me that Concordia is able to mash so many different systems together and make it all work beautifully.

The thing is, Concordia is not for everyone. It’s a somewhat dry euro with the most used theme in boardgaming: trading in the Mediterranean. The scoring is so obscure that the first time you play you are encouraged to stop part way through the game and do a partial scoring just so that people grasp how it works before the game ends. Even then I still think it takes 2-5 plays to fully grok it. It’s not easy to teach and it’s not quick, with an average game lasting about 2 hours.

All that said, I love it. I also have to admit I don’t think there is a best game ever made. At least not yet 😀

Question for the BellHop: Marco Polo or Coimbra or Lorenzo? Can only pick one.

It’s not often I get asked questions about games I’ve not played. Though it is getting more and more common as there are just too many games released each year to keep up and I’ve pretty much given up trying. Now it’s even less often that someone gives me a list of three games and I haven’t played any of them! Well that’s what just happened here.

I do have an answer though. Of those three the one I’m personally most interested in picking up is Coimbra

. I first saw Coimbra at Origins this past summer and was immediately drawn to it. The problem was that so was everyone else. I tried multiple times to get into a demo game and every time I came by the booth every copy was being played. Yes, I could have waited in line and gotten to try it but there was plenty of other stuff to do.

After Origins, I heard a ton of great positive feedback about the game. At that point, it went right on my wishlist and it’s still there to this day. If I had to pick a number two then it would be Lorenzo Il Magnifico

coming in last. Though they all look like great games.

That’s it for Ask The Bellhop this week. If you have a question you would like answered send an email to questions@tabletopbellhop.com or click on Ask The Bellhop at the top of the page for other ways to get in touch.