You are here: Home / Gaming Advice / Fun Historical Board Games for Historical Miniature Wargamers & History Buffs of All Types

Today I’ve got a question from a historical miniature wargamer who is looking to broaden their horizons into more hobby board gaming.

In this article, I will be recommending a number of different types of history based board games that will appeal to a miniature wargamer, including some specific game recommendations for each type. These are some of the best historical board games and should appeal to history buffs of all types.

What board games would someone who loves historical miniature wargames enjoy? 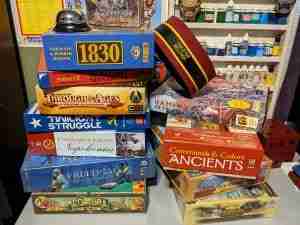 My question was prompted by a comment by Sean sometime ago regarding Historical Games. Being a long-time historical miniature gamer, what historical themed board games would you recommend for those of us used to a more complex game experience?

Now I know Bryan is the secretary of the Northwest Historical Miniature Gaming Society, a group that greatly enjoys and takes very seriously historic miniature gaming. That’s an aspect of the tabletop hobby that I’ve never really gotten into myself. While I have played a number of miniature games over the years, I’ve stuck with fantasy and sci-fi themes mostly and lighter rulesets. I do hold a lot of respect though for people who play the historic games, especially those with an eye towards accuracy and simulation.

While I don’t have a lot of historic miniature gaming experience, I do have a good amount of historical board game experience and that’s what I will be putting to use for the rest of this article.

One aspect of the tabletop gaming hobby I will not be talking about tonight are hex and counter, chit based, wargames. Hex and counter wargaming is a genre of games all on its own which include games like Advanced Squad Leader, the Standard Combat Series from MMP, Combat Commander and SPQR from GMT, and more. While I do recommend any gamer that is into historic wargames check these out, due to having a similar level of detail and attempt at simulation, these aren’t the games I will be covering here.

What I will be talking about are the more traditional hobby board games. While some of these games do feature wargame roots, none of them will involve figuring out ratios or having to look up ratios on a table.

What are some of the best history-based board games for history buffs?

Great board games for fans of historical miniature wargaming:

The Commands & Colours system of games –  There are a number of Command and Colors games all designed by Richard Borg. Each of these games is set in different time periods and features varying amounts of historical accuracy.

On the heavier end of things, where I think Bryan will find the most enjoyment, I specifically recommend the Commands and Colors games that actually say “Commands & Colors” on the box. These are all published by GMT games. These games include C&C Ancients, C&C Napoleonics, C&C Medieval and the soon to be released C&C Samurai Battles.

All of these games use blocks on a hex map to represent units and use a card-driven mechanic for ordering units based on the board being divided into the centre, left and right flanks. Combat is dice-based, but not overly random.

Columbia Block Games – The block wargames from Columbia also feature wooden blocks on a map but the maps vary from hex-based area maps to route maps. Compared to the Commands and Colors games, these games are zoomed out in scale and represent entire wars vs individual battles.

In Columbia Block Games a fog of war is created by unit information only being visible on one side of each block, in addition, the stats and abilities of units can change during the game which is represented by rotating the blocks 90 degrees. Units are rotated clockwise when damaged and counterclockwise when reinforced.

Two of the most well-known and well regarded Columbia Block Games are Hammer of the Scotts and Julius Caesar.

The Birth Of series from Academy games. Academy Games has published a series of cubes on a map games, which started with the Birth of America Series. This series includes three games, 1754 Conquest, 1775 Rebellion, and 1812 Invasion of Canada. More recently Academy has launched a new series, the Birth of Europe series which so far includes one game, 878 Vikings Invasions of England.

I’m a big fan of this series, especially when the games are played at the full player count. All of the Birth Of… games feature team-based play, with each player taking on different factions but having to work with the other players on their side to achieve victory for their team.

This is card-driven folk on a map gaming that is all about taking and holding key positions on the map. These games also feature a unique turn order system and game end mechanic where the end comes when all players on one side of the battle call for peace.

18XX Train Games – Let’s divert from war and battles for a moment to bring up a rather popular, very heavy, set of games that may be just what Bryan is looking for, especially if he wants something more involved, and that’s the 18XX series of train games.

As the name implies, most of these games are set sometime during the 1800s and they are all about the age of rail and robber barons. There are a ton of different 18XX games out there spread over different time periods, some of which are more historically accurate than others.

Each 18XX game features its own map and set of special rules but overall they are all about owning stocks in various rail companies and being the one with the best portfolio by the end of the game. 1844/1854 Switzerland and Austria is currently the most readily available 18XX game out there, and you should also be able to find 1830 Railways & Robber Barons pretty easily. For others, you may need to do some searching as many of these games are independently published.

Twilight Struggle – Getting back to the war theme, though a different style of war, we have Twilight Struggle. I didn’t group this game in with anything else because I feel it stands on its own. Twilight Struggle sat at the Board Game Geek number one spot for years and is still the top-rated two-player game on the site.

Twilight Struggle is a card-driven, area control, game that is all about the US/Russian Cold War and the Space Race. Players use cards to influence the world’s powers while trying to avoid mutual destruction through thermonuclear war. This is the game that led to the creation of the term Waro for games that are a hybrid of a German-style Eurogame and a Wargame.

Civilization building games – While you can probably debate whether Civilization Building games are actually based on history, the good ones at least do feature actual historical events, world wonders, technological advances and historic people.

While there are a number of great civ games out there, including Sid Meier’s Civilization and the earlier Avalon Hill Civilization, my personal favourite is Through the Ages a New Story of Civilization. This is a card driven brain burner of a game that will take multiple plays to master, once you do though it’s a fantastic experience. If you prefer to have a bit more map exploration and feel of the civilization video games then take a look to Clash of Cultures.

Dirk Henn’s Cube Tower Games – I can’t believe I forgot to mention the Cube Tower games from Dirk Henn when we covered this topic on the podcast. Two of my favourite games of all time, Shogun and Wallenstein both designed by Dirk Henn and published by Queen Games, would be perfect for a miniature wargamer looking to get into hobby board games.

Both of these games are cube-based folk on map games that are as much about building up your empire as conquering your opponents. While combat is a part of the game, it’s not the main focus. Instead, players will be worrying about collecting taxes, feeding their people and building three types of facilities. with victory points being earned for every building built as well as area majority.

The most distinct thing in these games is a dice-tower-like cube tower that is used for all battle resolutions, either between players or when a player upsets their own populace by overtaxing.

Of the two games, I personally prefer Shogun. It’s a little less confrontational and I prefer the warring houses samurai theme.

Other Historical Euro Games – This is a catch-all for a number of euro-style games with historic themes. Games like the Catan historical scenarios, where you are building the pyramids at Cheops or following the travels of Alexander the Great, as well as Roman-themed games like Trajan and Tribune.

There are a number of great games set during the Renaissance, including well-known Alea games like Princes of Florence, Traders of Genoa and more modern games like Coimbra and Lorenzo Il Magnifico. Not every great Euro-style game is set that far back in the past either. For something somewhat more modern take a look at Arkwright which is based on the invention of automation with the Spinning Genny, Brass which is about the industrial revolution in the UK, or Lisboa which is about the famous fires in Portugal.

There are so many great Euro games with a historical theme that I could probably do a top fifty list and still have games left that are worth talking about.

Cooperative Games with Historic Themes – To finish off this list I want to feature a couple of cooperative games. These would have to be pretty much the complete opposite of a two-sided historical miniature battle and may be very interesting for Bryan to try out with his group.

First, there’s Freedom the Underground Railroad, a game in which one to four players are working with the abolitionist movement to help bring an end to slavery in the United States. This multi award-winning game is now being used in history classes in schools and you can even get a teaching guide to go along with the game.

The second cooperative game I’d suggest is The Grizzled, a hand management card game about trying to survive in the trenches of World War I. This is a brutal, but enjoyable, co-op experience that, similar to Freedom, won a slew of awards for innovative gameplay and thematic elements. I personally recommend seeking out the Armistice Edition of The Grizzled which adds a campaign element and offers a larger sliding difficulty scale that is great for learning the game.

As you can see from the “short” list above there are a ton of great board games out there with themes pulled from history. What I think is the best part about this is the variety of different gameplay types that are out there that incorporate historical themes. Due to this variety, I truly think there should be something out there for everyone — including fans of historical miniature wargaming.

What are your favourite games based on history? Let us know in the comments! 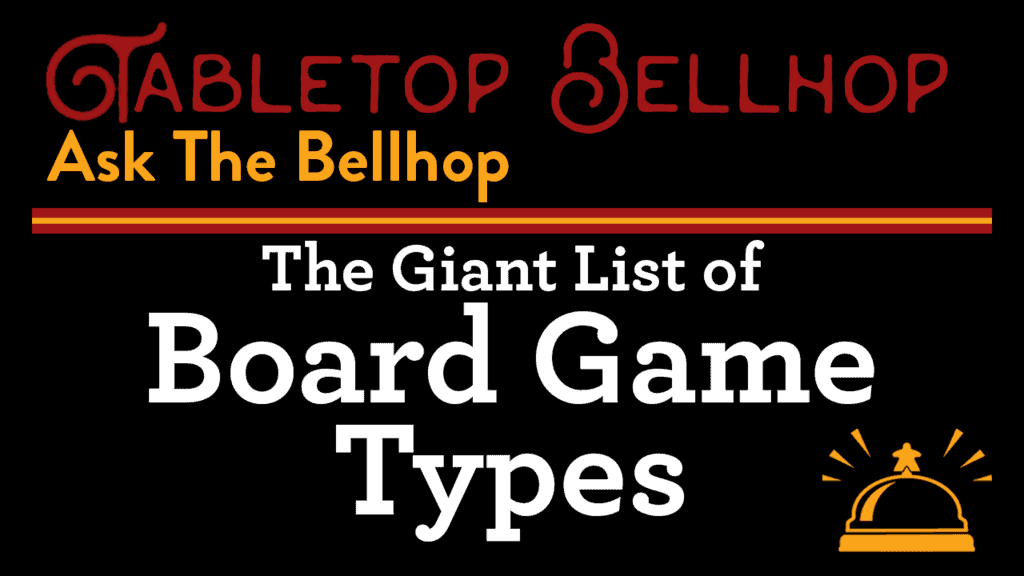 What types of board games are there? Defining Board Game Categories 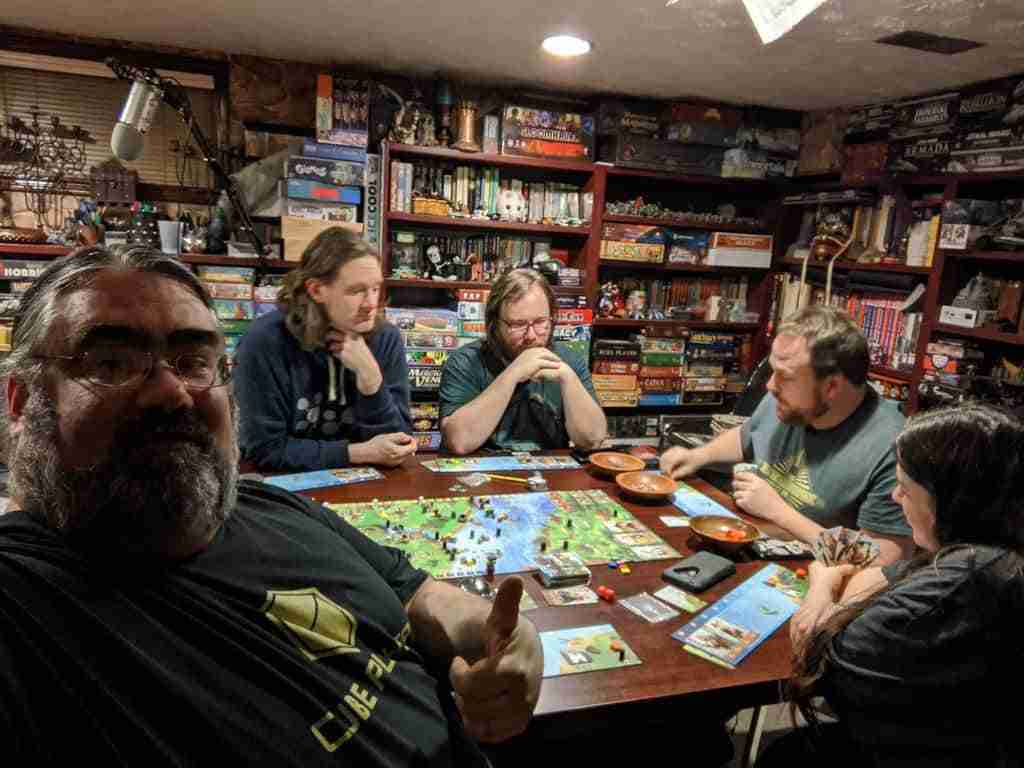 How to maintain a regular game night, including tips for keeping your game group going in a pandemic