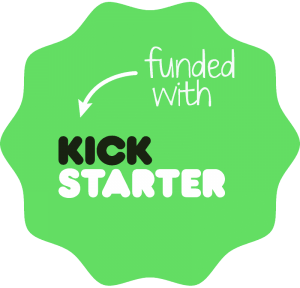 Today we have a question from a Patreon patron about Kickstarter. Specifically, Kickstarter regrets. 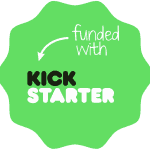 The thing with Kickstarter is that no matter what you are taking a chance. No matter how reputable the creator is, no matter how many previous projects they have created, no matter if the game is already finished or just getting started, there’s no guarantee that you are actually going to get what you paid for.

There’s also no guarantee that, if you do get what you paid for, it’s going to be worth what you paid for it. It may be that the game just isn’t as good as you hoped, or the component quality isn’t what you expected, or the game went on sale on Amazon for half the price you paid before your Kickstarter copy even showed up.

A project that never delivered

I obviously would have regrets for any project which I spent money on that never actually showed up. Thankfully I only have one of these. Of all the projects I’ve backed on Kickstarter, only one was a complete wash. 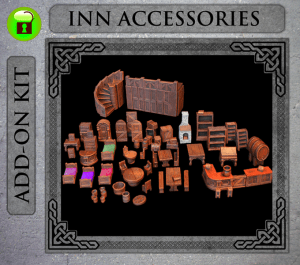 That project was Labyrinths: Customized Modular Dungeon Terrain from Iron Ring Games. This was a project for Dwarven Forge style dungeon terrain. While not cheap it was much more affordable than Dwarven Forge and all of the signs were that this was a solid legit project. Now while I did spend quite a bit of money on this project I didn’t go all in, thankfully.

I was actually in contact with the creators and convinced them to create an add on style pledge as all I wanted was some of the accessories and none of the actual dungeon walls or caverns. After some back and forth we managed to work out a deal where I backed at one level and then did a bunch of add ons. There was no sign this project was going to head south. Even after the project ended there was significant communication and I also had some direct messages back and forth with Iron Ring.

Then the negative updates started to come. Iron Ring was in over their head. The Kickstarter was too successful. There were too many orders to fulfil. While trying to rush and fulfil them they damaged a mold, a mold that didn’t have a backup, a mold needed for the basic core kit pledge level. Backers were getting upset and things turned nasty in the updates. It wasn’t long after that Iron Ring declared bankruptcy. Very shortly after that, they vanished from the web. No more updates. Their webpage was gone. Emails bounced. They vanished.

I do know some people got their stuff. They were focussed on fulfilling the core sets and not the add ons. The problem was that I only backed for add ons. My order never got touched.

In this case, I somewhat feel bad for Iron Ring. They got in over their heads. Their project was too successful. This happens often. Despite feeling bad I’m still out quite a bit of money due to this and I’m not happy about it.

A project that didn’t live up to expectations

Torn Armor from Alyssa Faden is one of my biggest Kickstarter regrets.

I really believed in this project. So much so that I agreed to work for them. I was paid by Alyssa to help promote this project. I talked about this project everywhere on social media. I shared links. I shared pictures. I rebooted my CMON account just to talk about the game there. I did everything I could to help this project fund. I even backed the project myself because I really thought it was worth it.

Torn Armor was supposed to be a miniature battle game with some of the most fantastic miniatures I’ve ever seen designed. Really unique looking stuff that was a mix of anthropomorphic fantasy and steampunk-style Romans.  This project wasn’t about the game itself for many people, including me. It was about the miniatures. While there were gameplay videos and the game looked decent enough, that was secondary. I wanted my $40 Assault Behemoths and my War Golems. I also wanted the 3D terrain, which would be great for a variety of miniature games. It was never about the game.

The problem is that the game is all backers ever got. 561 people backed this project, raising $67,742 and only 128 of them got what they paid for. Those were the people who backed for just the PDF of the rules, or for an art print. No one ever received any miniatures, none were ever produced, well except for prototypes they used to promote the project. The updates are filled with tales of woe about what happened. Issues with sculptures, issues with the Chinese company hired to make the minis. Reaper Miniatures getting involved and trying to help out. There’s lots of speculation out there about what happened and who’s fault it all was.

So, I do have a copy of Torn Armor. It’s downstairs with the rest of the games. It’s a box with map tiles and rules and a bunch of cardboard standees for the basic units in the game. They never bothered to make standees for the add on units because those were all meant to be miniatures. I’ve got to admit I have never played the game. I guess it should really be on the #LessShameMoreGame pile. But I never wanted this game, I just wanted the minis. From what I’ve read online the game itself isn’t so hot either. I guess it’s pretty much a direct copy of the Dust Tactics rule set with a fantasy theme.

A project that I had to fight for 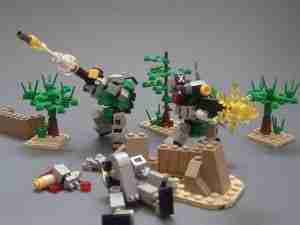 Mobile Frame Zero (aka MF0) is a solid sounding miniature battle game that uses mecha built out of building blocks. It uses a rather cool dice pool system where different systems on your mecha are represented by different coloured dice. By using plastic building blocks they were able to have some really cool rules for things like mechs getting damaged and destructible terrain.

Not only does the game sound great, I actually got my rulebook. The thing is I didn’t back just for that rulebook. In one of the many updates, they offered what ends up was a stretch goal. The thing is that back then the concept of stretch goals was new and not everyone was using that term. At one point they said that if they get to X money they were going to release an RPG set in the Mobile Frame Zero setting.

Now I was tempted by it already. LEGO mecha battles sounded cool and the rules looked solid, but it was that RPG that got me to give them my money.

While it was rather late, I eventually got my Mobile Frame Zero Rulebook. I read it. It was exactly as promised. A really nice book. They did a great job on it. But then months went by and I heard nothing about the RPG. Then I basically forgot about it. Years later I was having a conversation with someone about unfulfilled Kickstarter rewards and I was reminded of MF0. At that point, the RPG was four years overdue.

I logged into Kickstarter and sent Joshua a message asking where our RPG was. The reply I got was disappointing. Basically, I was told that there was “surprisingly little interest in the RPG” and they felt like “no one cared about it” so Joshua just never got around to writing it. In the meantime, another indie RPG designer Vincent Baker wrote his own RPG in the same setting called Firebrands.

So it ended up that they never planned on writing the RPG that was promised. I was told that I was the only person to ever complain about this. To make it right Joshua offered to send me a copy of Vincent’s game. Not quite what I signed up for but it was something. But it was something that didn’t show up, at least for another year and a half.

At this point, I’m pleased to say I do have a copy of Firebrands. So I did get an MF0 RPG after all but it showed up FIVE years after the initial project closed had I not said anything I wouldn’t have that game in my hands now.

Projects I wish I had backed

To be honest there aren’t many of these. What I’ve found over time is that for most Kickstarters I’m perfectly happy to wait for the game to come out in retail. In most cases, I can get the game cheaper than backers paid and there often aren’t enough Kickstarter exclusives to make me feel like I am missing out. There have been a few though that I do somewhat regret not backing. 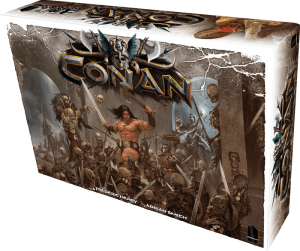 One of these is the Conan board game by Monolith Games. I ended up picking up the retail version of this game and it looks fantastic. While the initial rulebook has some issues, Asmodee has put out an updated set of books you can order online and get shipped for free (even to Canada). While my copy of the game looks great, had I backed the Kickstarter I would have gotten more than double the number of miniatures, a plastic overlord dashboard, multiple other upgraded components, dice. scenery, five more characters, more maps and additional scenarios. Actually, I’m not even going to list it all. It’s a lot. All of it could have been mine for only $40 more than the cost of the base game. 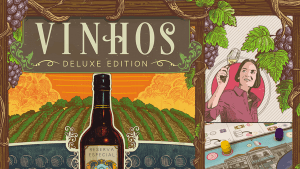 Another project I now wish I had backed is Vinhos Deluxe. I’m a big fan of heavier games and Vinhos definitely fits that bill. While you can get Vinhos Deluxe in stores, the stretch goals they unlocked were really impressive. There were a mix of upgraded components and additional game content, all stuff that you can’t get in the retail version. Now they have said that some, if not all of it, will be released as expansions. As of this point, not all of it has. 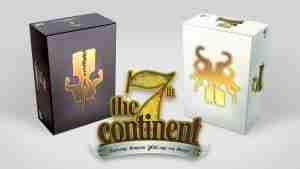 My biggest Kickstarter regret when it comes to stuff I didn’t back but that I wish I had is 7th Continent. I hear nothing but good things about this game. I’ve yet to see a negative review. I see it show up over and over again on top cooperative game lists and I actually do feel like I’m missing out by not owning this game. The thing is that the game is completely Kickstarter exclusive. You can’t get it in store or online (unless you pay some crazy price on the secondary market).