The 5 Best Versions of Monopoly the Board Game, what is the best Monopoly game? 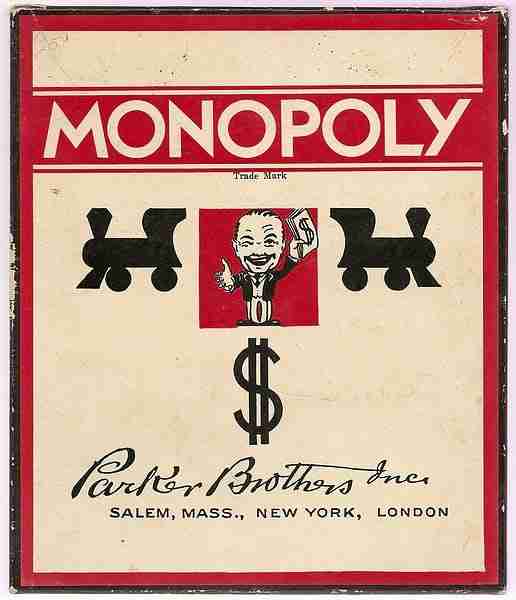 The board game Monopoly is a true classic. It is by far the most well known boardgame ever published, even if it may not always be the most popular.

While many gamers may instantly dismiss Monopoly as a bad game, there are some versions of Monopoly that are significantly better than others.


Disclosure: Some links in this post are affiliate links. Using these links doesn’t cost you anything extra and it helps support this blog and podcast. As an Amazon Affiliate, I earn from qualifying purchases.

Before you discredit Monopoly make sure you are actually playing by the right rules. 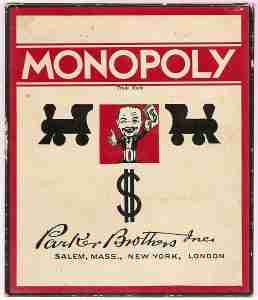 As I discussed in my article about house rules, Monopoly is one of the most house-ruled games of all time. Over the years learning to play Monopoly has become an oral tradition. It’s a game that parents teach their kids, or kids teach other kids, and during all of that pretty much no one reads the actual rules.

This tradition has lead to a number of house rules that actually make the game worse. These include things like putting money on Free Parking, allowing players to build houses and hotels on one property instead of having to spread them evenly, getting a reward for landing on Go, or completely avoiding the auction phase of the game.

Yes, Monopoly is meant to be an auction game.

The point is before you discredit a game make sure you are playing it by the proper rules. This goes for all games, not just Monopoly.

There are a ton of versions of Monopoly out there, which is the best?

While I haven’t actually confirmed it I’m almost certain there are more versions of Monopoly than any other game ever published. Besides a ridiculous number of printings of the base game there exist an insane number of themed versions of Monopoly. If a licence is popular enough there’s a Monopoly game based on that licence.

In addition to these re-themed versions of the original, there also exist a number of games that change up the basic gameplay. Some actually alter it completely, while sticking to the property management theme.

Below I’m going to list of the top five versions of Monopoly that you can buy. Versions that promise to be better than the original game, even when played with the right rules.

Monopoly Deal – Pretty much any time I see someone bash Monopoly online, someone will join the conversation and point out Monopoly Deal as an example of a really good Monopoly game. Similarly, whenever I share a deal on this card game through Tabletop Gaming Deals, I get multiple people replying and sharing it commenting that “this is actually a good game”.

Monopoly Deal is a two to five player quick playing card game that plays in about fifteen minutes. It’s a set collection game where players are trying to be the first to collect three full property sets of different colours. It features multi-use cards that can be used to take actions or as money.

Each turn players draw two cards then play up to three cards. Cards can be played as property, as money or as actions depending on the cards. Actions let you do things like collect rent, receive money and acquire properties from other players.

Monopoly Gamer – Don’t just think this is Monopoly with Nintendo themed properties and playing pieces. In this version players select a popular Nintendo character to play (the base game comes with four but you can buy expansion packs with more), each of these characters has a special ability giving the game an asymmetric element. The goal in Monopoly Gamer is to earn the most points, by collecting coins, buying properties, and winning boss fights. Each turn you roll a movement die and a power-up die, and you need to decide in which order you want to move or use the power-up. Many of these power-ups cause your opponents to drop their coins on the board so someone else can pick them up.

Bosses come up every time a player passes go. To fight a boss, players need to spend coins and then roll a die to see if they win the fight. If they win they get a reward, if they lose then the next player can challenge the boss if they wish, going around the table until the boss is defeated or everyone has had a chance to fight.

The game ends when the final boss in the deck is defeated. What this end condition does is remove player elimination from this version of Monopoly.

Monopoly Gamer Mario Kart – Very similar to Monopoly Gamer, but again this isn’t just a re-theme. There are some rule changes.The biggest change in Monopoly Gamer Mario Kart is that boss fights have been replaced by races, races with players in 1st, 2nd and 3rd place get rewarded. Players must pay a buy-in price in coins to race. Races are determined by a simple D6 die roll for each participant with the winner of the race getting the card and its respective points and other placing races getting coins.

Other changes include the ability for players to drop bananas to slow down other players and boost pad spaces on the board which makes getting around the board faster. Similar to the original game you can pick up additional characters separately.

Monopoly: The Mega Edition – I have to admit that seeing “The Mega Edition” makes me think that this Monopoly version is going to be an even longer more drawn out version of Monopoly. In truth, it’s the opposite.  This is a version of Monopoly that you can play in about an hour and a half. The Mega Edition of Monopoly plays two to eight players. It features a larger board with some new features like train depots, skyscrapers, nine new properties, and the addition of a $1000 dollar bill.  One of the biggest things to speed the game up is a “speed die”. If the right symbol is rolled, this die lets you instantly move to the next unowned property on the board (or later in the game to the next property you owe rent on). The game also includes bus cards you can acquire that allow you to move anywhere on the board when spent.

Another significant change is that some of the property sets have been expanded to four properties, but you only need to own three to be able to build. When building you also have a  new option of building a Skyscraper after all of the properties already have hotels on them.

Monopoly Express – This is a roll and write version of Monopoly. Players are trying to collect sets of properties which are valued and colour coded based on the original Monopoly properties. This dice based Monopoly game plays two to four players in about twenty minutes. The goal of the game is to be the first player to reach a set number of points determined at the beginning of the game based on how long the players want the game to be.

Each turn a player rolls all ten dice. Dice that show a policeman must be set aside. Players select a number of dice to keep from what is left. They can then re-roll the remaining dice. They can continue to roll until they are happy with their results or they roll a total of three policemen.

There are also rules for houses and hotels as well as rolling a “Pass Go” symbol on any die.

It’s worth noting that Monopoly Express is an update to an older dice game called Don’t Go To Jail. That version has slightly different rules like having the words “Go”, “To” and “Jail” replace the policeman, and not including rules for houses or hotels.

Do you enjoy Monopoly? What is your favourite version of this classic game?