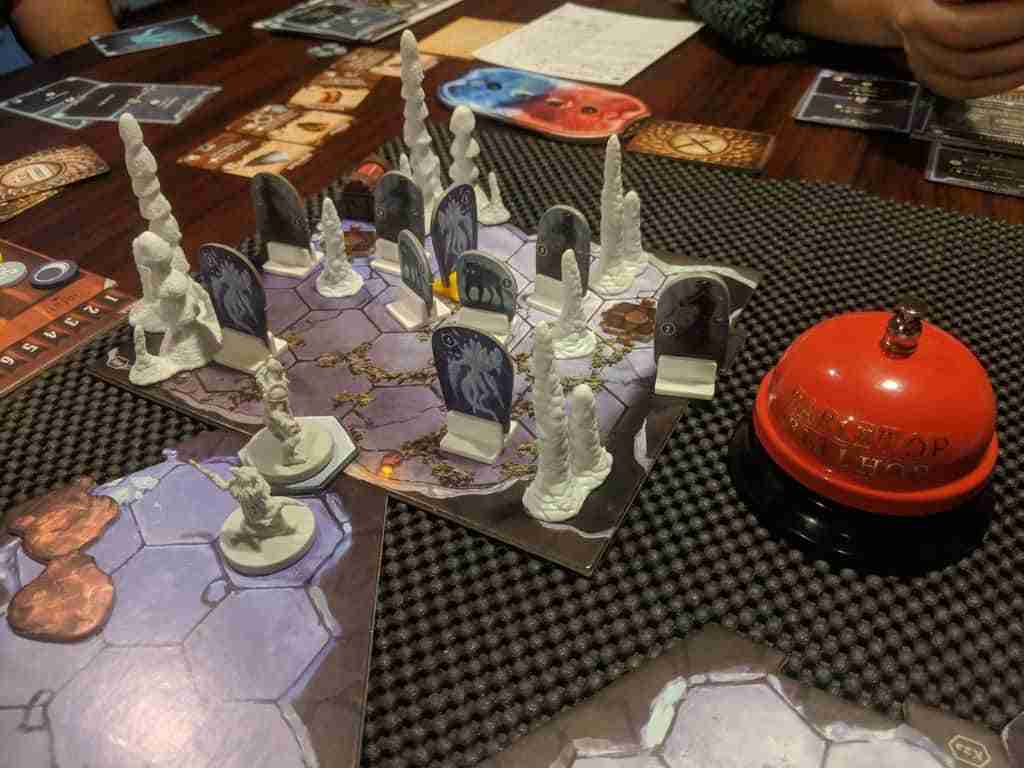 We finally had a full group again and were able to continue our Gloomhaven Campaign.

This week we are taking on Scenario 13: Frozen Hollow.

A couple of mistakes this week. First off I set up the wrong scenario but the big thing is we missed the scenario effect until the third room. 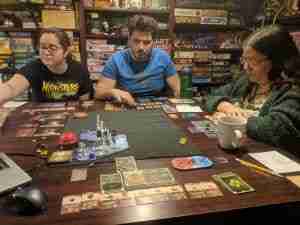 This past Friday we finally got to return to the actual campaign. No reading the FAQ, no more random dungeons. Actual plot advancement. Well as long as we actually complete the scenario.

We had a bit of a rough start as I tried to set everything up before everyone showed up and I didn’t have access to the party sheet. I knew we were going to find an enchanter and I knew it was a mission in the teens. I saw 13: Temple of the Seer in the book and set that up. Thankfully this time we caught it right away. It ends up the mission was supposed to be number 14: Frozen Hollow. Not the best way to start the stream but at least we hadn’t already picked cards and started taking turns. Now you won’t see any of that mess up in the YouTube video. Sean cut that part out.

There was one other change this week and that was that we started right at the dungeon. This was based on the fact that we found out we had been playing wrong by visiting town after our random dungeons. You don’t get to do that, as we learned from the FAQ. 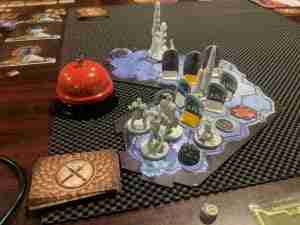 The Frozen Hollow went really well. We decided to go at it at normal level, which for our group meant scenario level 3. At this point, it doesn’t seem like we need to keep playing on easy. We’re all getting better at playing our characters and, as I noted in the past, characters seem to level up a bit quicker than the monsters. So we went in confident and managed to pull off the mission. I would almost say it was easy except for the last room.

When we hit the last room we found out we were playing the Xtreme version! And this time it was actually in our favour. 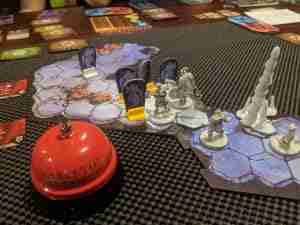 This time we gave ourselves a huge advantage. There was a campaign effect but it wasn’t listed until the very end of the scenario, right where I expected to find the description of the final room. The thing is this scenario didn’t have any room descriptions. There was no flavour text to read until you got to the conclusion. This is the first time that this has happened in our game. I saw there was a bit at the end and just assumed it was the stuff for the final room. Instead, it was something that should have been affecting us for the entire scenario.

So, for those of you just getting into the game, this is something to watch for. Not every scenario has sections you read when you open doors. Some give you all the info up front (but towards the end). 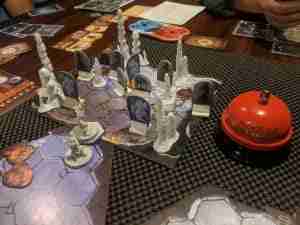 This happened because I was really trying not to spoil anything. I’ve been trying to read as little as possible of the scenario book before we get down to playing. I am close to trying to track down that app that slowly reveals everything bit by bit as you open doors.

One other warning. At the end of this specific scenario, four different scenario numbers are listed: realize those aren’t unlocked at the end of scenario 14!  I’ve seen many many people make this mistake. 14 doesn’t actually unlock anything new on the map, and there are other scenarios like this. The list of numbers is just there to show you what scenarios are affected by the global achievement which gets unlocked by scenario 14.

So now that we finished this scenario we officially get to go back to Gloomhaven. What we are going to do going forward is save that part for the next stream. So that every stream will start with us in Gloomhaven. We will do our town event, probably get blessed and now that we have a certain global achievement unlocked we may do some enchanting.

Have you played scenario 14? What did you think?