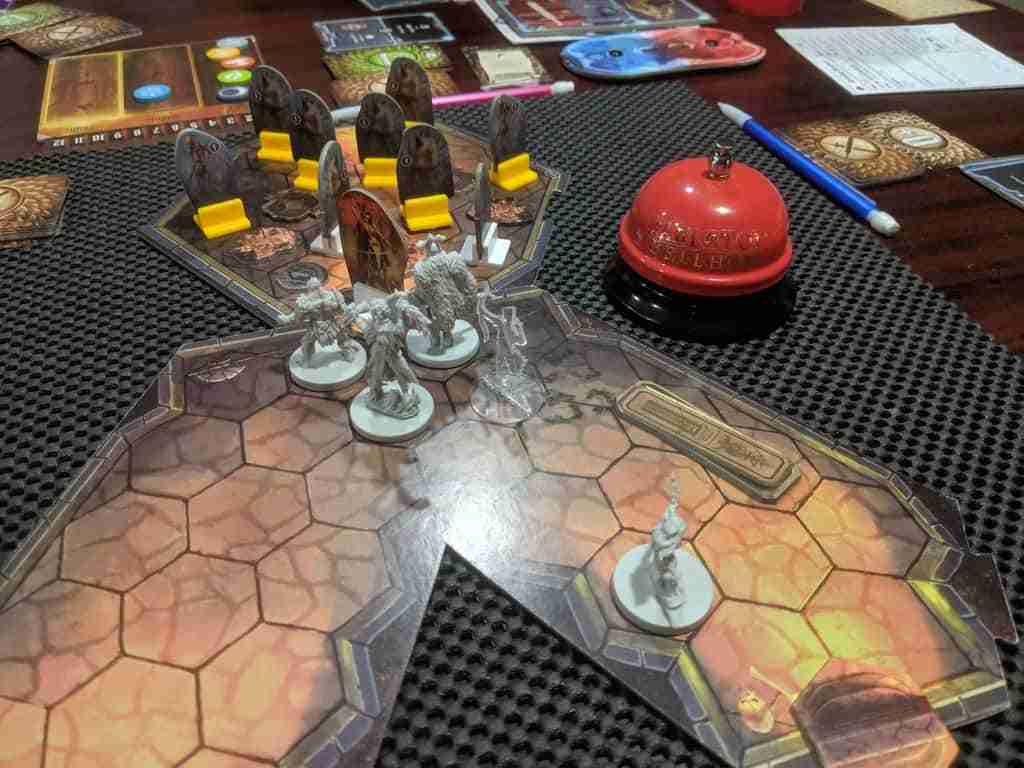 Things went much better in our second attempt of scenario #20 in Gloomhaven.

This past Friday we made our second attempt at Necromancer’s Sanctum. A combination of knowledge from our failed attempt last week, plus some good luck and a solid strategy managed to win the day for us.

There was also a surprise twist at the end. 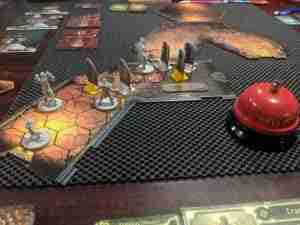 Things went so much better last week. Surprisingly better. Actually, it’s kind of odd comparing this game to the week before. While we played the same scenario, I don’t think things could have gone more differently.

This was our second attempt at scenario 20, Necromancer’s Sanctum. This time we crushed it. The first room went significantly better than last time. The second room was almost a joke, it was done and over so quickly. The third room and actual boss fight ended just being a beat down. 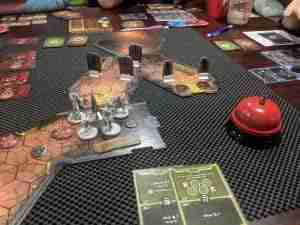 It feels somewhat strange to me that the same scenario can play so differently. Sure we knew what to expect this time, and yes, two of our characters did leveled up. I also had a kick ass item which should have made things easier but the thing is: I never used it. Not once. I do feel we played better this time, we planned things out better and didn’t rush ahead. We were much more cautious.

Sadly I think most the secret of our success was dumb luck. The fact the cultists didn’t summon any skeletons in the first room was a big part of what made that room so easy, and that was all due to luck of the draw. Room two though with the Night Demons was all about us planning things out better using the foreknowledge we had from the last play. There was some luck there too though as there were more cultists in that room and again, they never had a chance to summon more Living Bones. It actually got to the point where we checked the monster deck to make sure that we hadn’t misplaced a card. Sure enough the last two cards left in the draw deck were both summon cards with re-shuffle symbols. No extreme mode here, just some good luck. 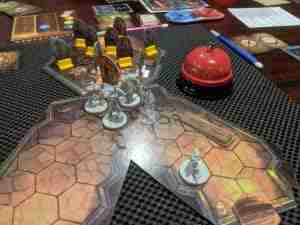 I will say our positioning for the final fight was all us and was perfect. I don’t think we could have done that any better. I’m actually proud of the way that played out.

The biggest thing that happened though was the surprise at the end. I’m not going to spoil that here, you are going to have to watch the video to see it. I am really looking forward to tonight’s game where we get to see how that surprise plays out. 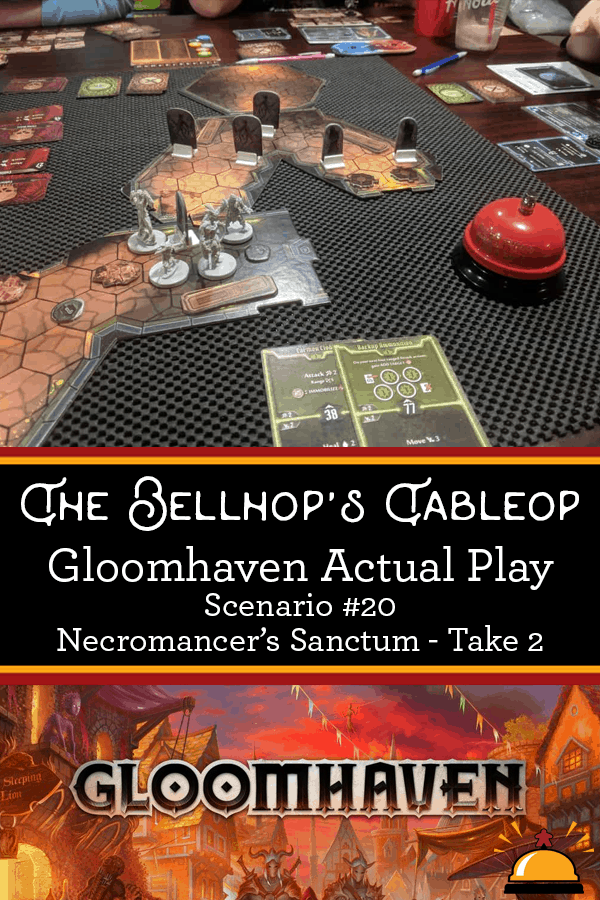