Tanto Cuore, B Sides in Imhotep, and First Plays of Tyrants of the Underdark – Tabletop Gaming Weekly 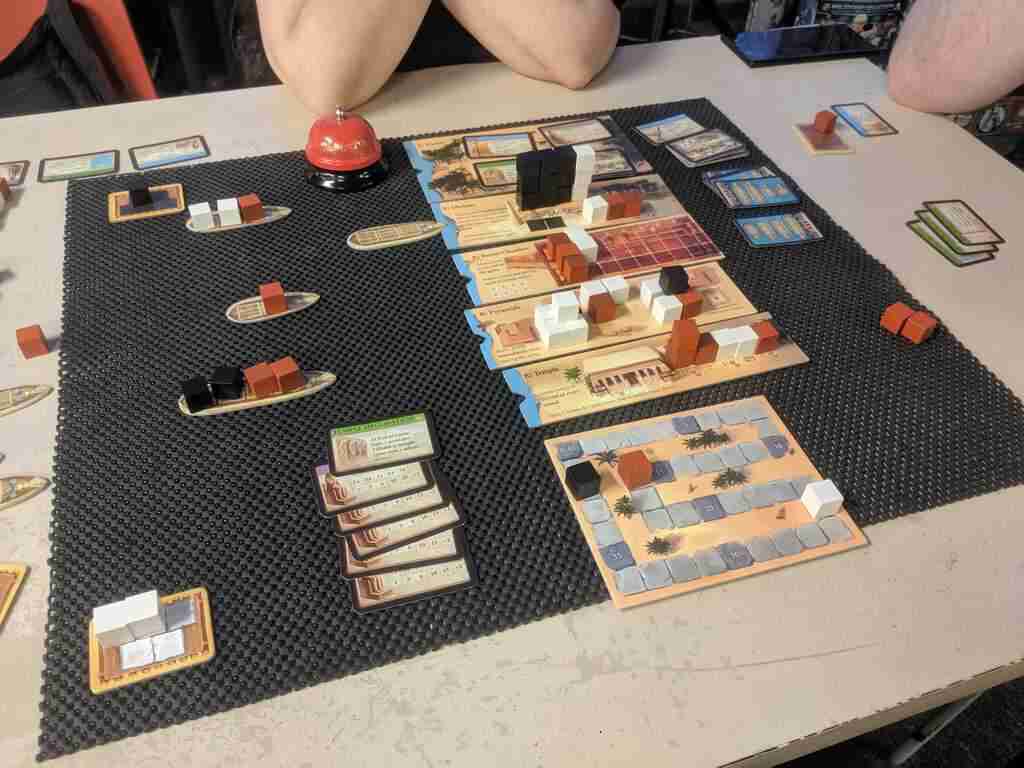 This past week started off with some anime deck-building with Tanto Cuore. It ended with a game night at The CG Realm where I got in a couple more plays of Imhotep Builder of Egypt and tried out Tyrants of the Underdark for the first time.

Tanto went over better than expected, Imhotep continues to impress and I was really impressed by Tyrants.

I got my Monday night group to give Tanto Cuore a try. 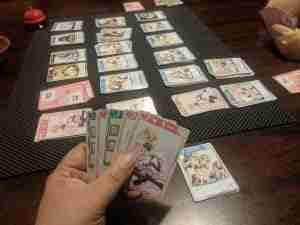 The best part that I’ve found about teaching Tanto Cuore

to a new group of players is the complete change in attitude about the game from when players first see it to when we finish our first game. The theme in this deck-building game is unique, a topic I covered both in my review of Tanto Cuore, and on our last podcast where we discussed potentially problematic themes in games. It’s this theme that puts people off when I first introduce the game.

In most cases, it’s usually just a matter of giggling and some suggestive remarks. People don’t take the game very seriously due to the maid theme. Despite this, in every single case of me teaching the game, by the end of it, players are always commenting about how good the game it. Everyone seems to be surprised that there’s a really solid deck-builder underneath the rather mature theme of the game.

A deeper dive into Imhotep from Thames & Kosmos. 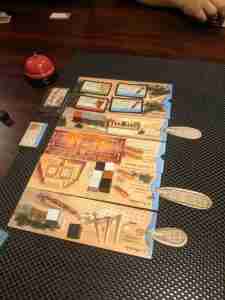 . This was the first time my Monday night group got to play it so I stuck with the A sides of the board. We played a four player game and it went over just as well as it did with Tori and Kat last week.

This past Saturday I helped facilitate a board game night at The CG Realm. As part of this, I was featuring Imhotep. I had my copy of the game on hand and was willing to teach anyone who was interested how to play. I ended up teaching two games.

The first game I stuck to just the basic building sites (using the A sides) and taught two new people the game. Deanna joined in this game as well, so we had the maximum player count of four. This game went over really well and had the store had the game in stock they would have sold a copy right then as my friend Chad was particularly impressed by it.

The second game I taught was a bit later in the night, after playing a game of Tyrants of the Underdark (more about that in a bit). This time I played with players who had all played before and we checked out the B sides of the sites and I found that to be quite engaging. It’s clear to me now why the game recommends getting used to the A sides first. The B versions of the location tiles were all a bit more fiddly than the A sides, and many of the sites had spaces that triggered additional actions. 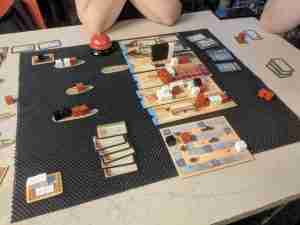 For the Obelisk players now have to wait until they have three bricks on the site but when they do hit three they score immediately, with players scoring earlier getting more points. For the pyramids, players are now building three different smaller pyramids and some of the building spots give you additional actions. These include things like putting a brick on a boat or taking a market card from the top of the deck. The temple now gives players a choice each round, they can take points or take something else, like brick from the quarry. The burial chamber is still area majority but based on rows now instead of touching bricks of the same colour. Even the market is different, having a spot where you can push your luck and select from two face down market cards.

All of these new spots are just a touch more complicated than the basic versions. Despite this, they all seemed very well balanced and seem like they would mix well with the other sides of the boards.

Everyone kept telling me Tyrants of the Underdark is great, and, so far, they were right. 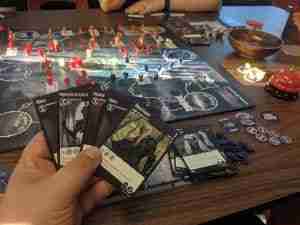 I’ve avoided Tyrants of the Underdark

since it came out in 2016. Whenever I saw the game I just wasn’t impressed at all by the way it looked. It looks like a D&D version of Risk or some other folk on a map wargame. It never really interested me, but I just kept hearing how good the game is. Everyone seems to be raving about this game. Well this past weekend I finally got to give it a shot myself, and I have to say, I think people may be right.

At this point, I’ve only played the game twice, so there’s still a chance that there’s something broken there that I’ve missed, but so far, I am impressed. Actually I’m more than impressed. Tyrants of the Underdark is a fascinating blend of card based deck-building and folk on a map area control that works extremely well. While I do have to say I still think the board and units look rather bland, the gameplay more than makes up for it.

So I introduced my home group to a new game, got in some more plays of a great gateway game and got to try a brand new game myself. Not a bad week at all. How did you week go?