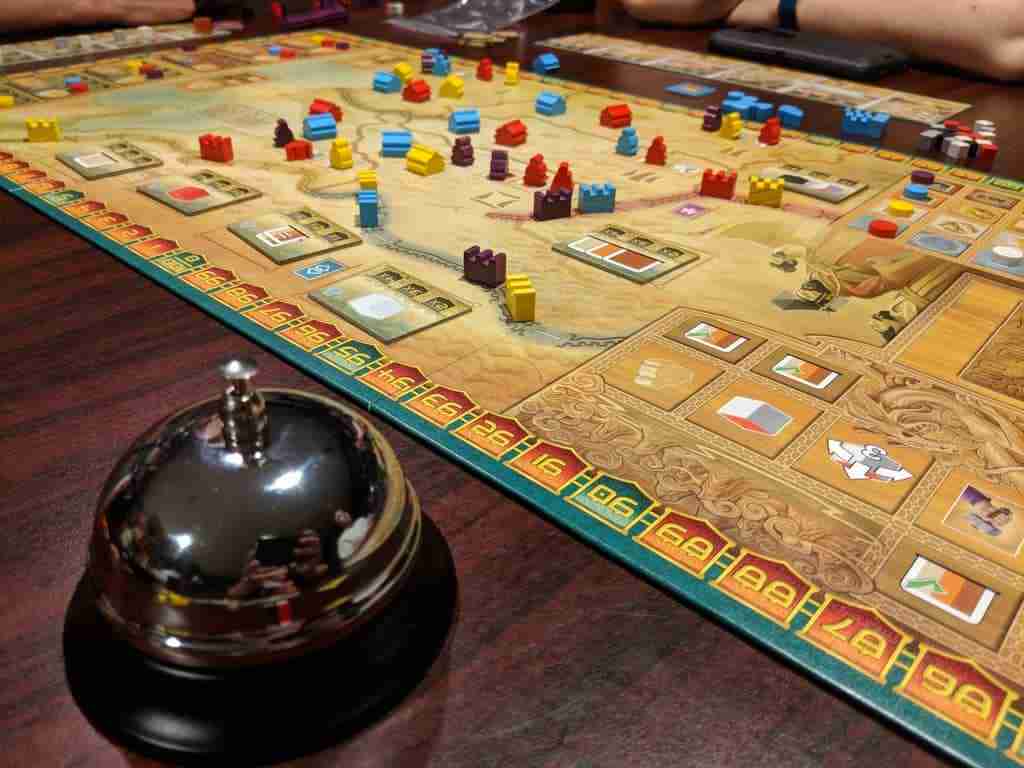 Inspired by #WhatDidYouPlayMondays, in Tabletop Gaming Weekly I take a look back at the previous week. What games got played, what events I attended/hosted, and other gaming goodness.

This past week started with ZhanGuo and ended with ZhanGuo. In between, I got in some Azul, got Bruges off my Pile ‘O Shame and spent an afternoon playing Star Wars Destiny with my oldest daughter. 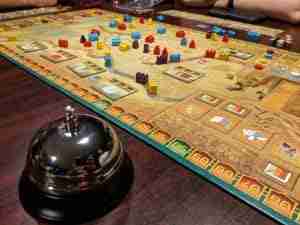 Monday game night consisted of four players (Tom, Sean, my wife and I) and I broke out ZhanGuo. I honestly have no idea what made me want to get this game back out. I haven’t played it since 2016, and that’s a shame. I really enjoy this game. I remembered liking it and thinking my wife would also like it, but I didn’t remember quite how good it was.

It’s nice to get a chance to play some of the heavier games in my collection and I’m pleased to say my wife did rather like it. However, we realized in the second to the last turn that we were playing the Xtreme version (that’s what we say when we mess up the rules for a game, especially when it makes the game easier). When we hired workers, we were hiring them in every province instead of only one. Which meant that we all had a glut of workers and had an easy time building The Great Wall and making palaces. Something to watch for next time we play. 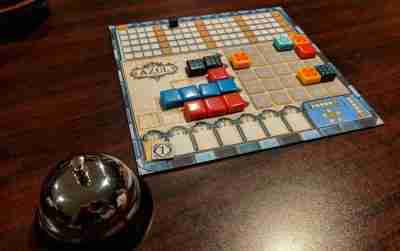 After ZhanGuo, my wife asked to play a game of Azul to end off the night. I wasn’t going to say no, but I did suggest using the evil side of the boards (a.k.a. the side with no pattern to follow).

Wednesday afternoon Big G came to me while I was working and asked me to play Star Wars Destiny with her. She had received a storage binder for her dice and a booster pack for her birthday and she was itching to play again. Unfortunately, I was busy all of Wednesday but I did get some time to sit down with her Thursday and we played a couple of games in a row. For the first game, we just used the Star Wars Destiny Two-Player Game, but I did let her open her one Legacies Boster Pack (We got Tarkin for the die), and add it to her cards. She played “the bad guys” and I played “the good guys.”  That first game was a good refresher on the rules but Big G wanted more. So, I went to my game stash (everyone has one of these right?) and grabbed a couple of newer starter sets. I got the Luke Skywalker one and she took the Boba Fett one. 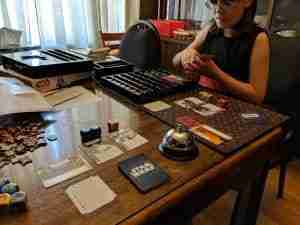 We played a second game using just the new starter sets. I was very pleased to see how differently this game played from the first one. These new decks were very different from the ones in the starter deck, with way more support cards and a lot of generic upgrade cards that could be put on any character. It’s great to know how much the gameplay experience can change just by swapping up which decks you are playing.

After our second game with the new decks, I thought it was time to pull all the stops. It was time to play with an official “legal” deck.  Here’s where my disappointment with both the game and Fantasy Flight comes in. The Two-Player Starter Set doesn’t give you enough cards to make a full deck. I knew and expected this. I didn’t realize that the Legacies starter decks were the same. There are not enough cards included to make a legal deck. Even worse, we learned that by combining the sets we could not make two legal decks for us to play. This was a real bummer. With all of these sets, we could make one deck but we wanted two legal decks, one dark, and one light to play against each other.

Thankfully I had a couple of booster packs in The Stash and I grabbed them. With The Two-Player Starter, Two Legacies Starters and Three Booster Packs we were finally able to make two legal decks. But, they weren’t the decks we wanted to play. We still didn’t have enough cards of the right colours for Big G to pick the characters she wanted to play. All of this deck building took more time than expected and we ran out of sunlight. At least the next time she wants to play we have two decks ready to go. 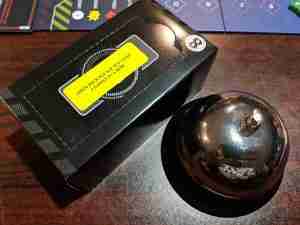 Friday night we returned to Pandemic Legacy (don’t worry: no spoilers). It was horrible. We played three games in a row and we lost every single one!

We were forced to open up The Box of Shame. You know the one that says “OPEN PACKAGE 8 IF YOU LOSE 4 GAMES IN A ROW.” It was depressing. Okay, yes it was cool getting together with Kat and Tori again, and yes we had a good evening, but I can’t say I had fun playing Pandemic. That’s okay though, not all games are about having fun, often it’s just the shared experience you create with your fellow gamers. The one thing this did cement in all of us is a very strong desire to finish off the campaign on a high note. Hopefully, we finish off the whole thing this coming Friday when we play the December scenario for the first time. 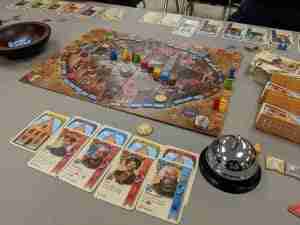 Saturday afternoon I spent at Brimstone Games. They host a free open game night on the first and third Saturday of every month. Over the years I’ve worked with Brimstone games to help develop their game night and increase attendance. One of the things they do there is give out raffle tickets. You get them for doing a variety of things like showing up to play, bringing games for other people to play, playing the night’s featured game and supporting the store. At 8 pm they draw a ticket and the winner gets a gift card, the value of which is based on the number of people out for the event. This past Saturday was a good night and they gave away $35 in credit.

The first game I got to the table at Brimstone was Bruges. This one came off my Pile ‘O Shame (the games I own but have not gotten to play yet), and I’ve been looking forward to playing it for some time. Stefan Feld is one of my favourite game designers and I have heard this is one of his tighter games. I’ve also heard that it’s much quicker than most of the other Feld’s out there. I’m happy to report that both are true. Bruges was very solid and I recommend it for any Feld fan. 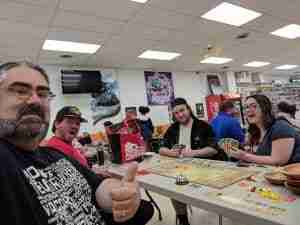 Now things come around full circle. We ended Saturday’s Brimstone Board Game night with another game of ZhanGuo. This time we didn’t mess up any rules and it was even more brain burning and rewarding. It’s a game about unifying China and does a great job of using abstract mechanics to represent bringing the five warring provinces together using writing, a common currency and a code of laws. We had two new players and one player from my Monday night group who wanted to give it another go. Everyone really enjoyed it. For whatever reason, ZhanGuo is on my hotlist right now and I can’t wait to play again.

What’s on your hotlist right now? Something new or an old classic that you rediscovered?