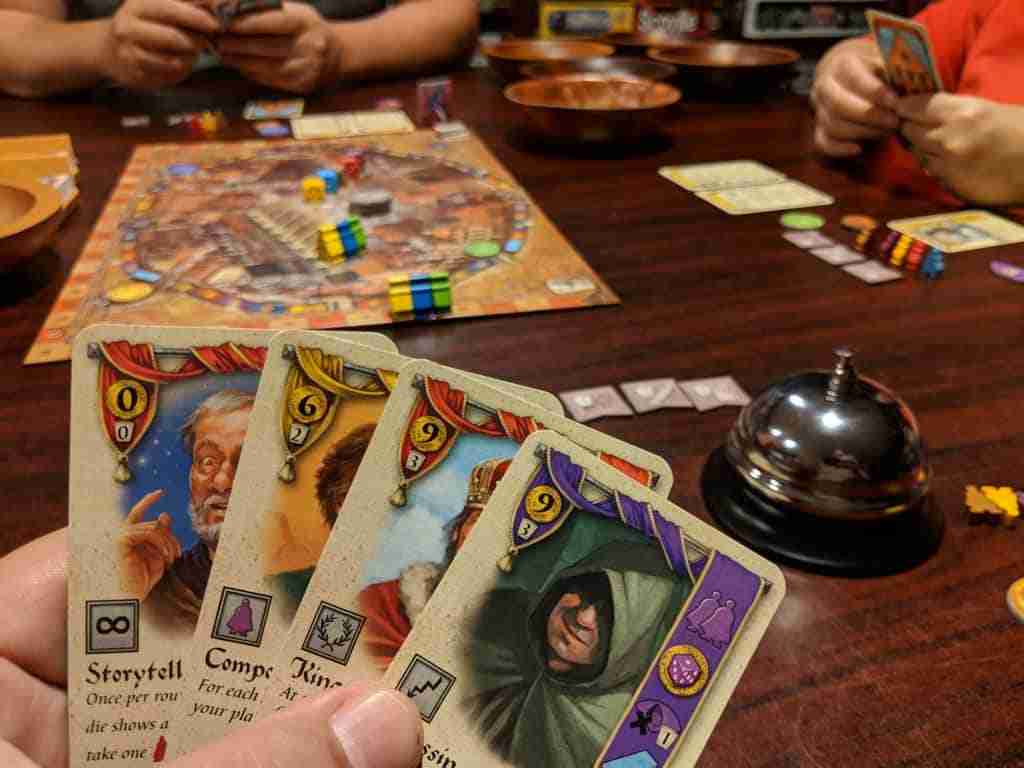 Tabletop gaming weekly is a long-form version of #WhatDidYouPlayMondays, first started over at Geeky Goodies. Each week I take a look back at my week in gaming.

This past week was pretty solid. I started off the week with more Bruges, we finished off Pandemic Legacy Season 1 and Azul got played as a filler every single game night. There was no FLGS event this week so I hosted a game night at my place where we tried out The Thing: Infection at Outpost 31. 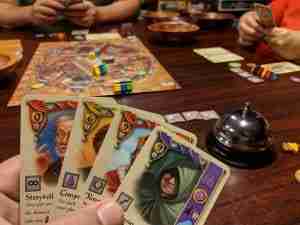 As I mentioned, I finally got to play Bruges last week. When Monday rolled around I was still hyped about this great game by Stefan Feld, so when we only ended up with three players for game night I broke it out again. I found Bruges to be better the second play, and even a bit better than that the third. Yep, that’s right, we played it twice in a row. I can’t think of many of Feld’s games that I can sell a group on playing twice in a row. I love how quick Bruges is while still having a very deep decision tree. I’m also pleased to announce it plays just as well with three players as four.

Besides Bruges guess what else we played? Yep Azul. We mixed it up this time, we played Azul first, to start off the night. We couldn’t quite decide what to play,  so set up Azul while we were talking about what we should play next.  It’s worth noting this time that Mike had never played Azul before and by the end of the night, I think we sold another copy. He was checking prices on his phone as he left. 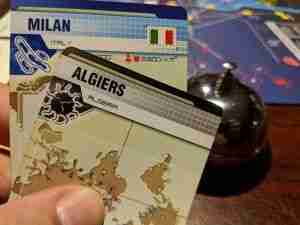 I would love to say it was amazing. That we had a dramatic final game and the ending was so epic! I can’t though. If you have been following along you would have read that last week we opened “the box of shame.” The box you open when you lose four games in a row. That box made things ridiculously easy. Actually so easy that I don’t think we could have lost without completely throwing the game.  At this point, it felt like a hollow victory.

I don’t think it’s a secret that at the end of the game you get an overall score. We got the middle range score. I really wish there was a rule where we could have opened that box of shame but if we managed to finish off the campaign without using the stuff in it we got bonus points. That box and the losses that led to it is what made the difference between our score and the next level.

I kind of feel I should do up a full review now that we are done the game, but right now that game isn’t really the hotness anymore. Not sure anyone would care. I will say here, I don’t think it deserves it’s ranking on BGG. It was good. The Legacy stuff is solid. It’s miles ahead of vanilla Pandemic. But it was only good. Also, it didn’t make me want to rush out and buy Pandemic Legacy Season 2.

After Pandemic, we played….drum roll…. Azul! 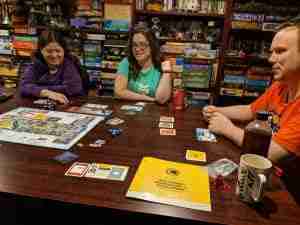 Since there was no game night at any of the local game stores this week, I invited a bunch of people over to my place Saturday evening. I needed to write up a review of The Thing: Infection at Outpost 31, so was trying to get a group of 8 players together to play. It was short notice though and I only managed to get a group of 5. One game night tip: don’t wait until Friday to invite people to game night on Saturday 😀

I posted my review of The Thing last night and I invite anyone who’s curious to check that out. In it, I talk about my history with social deduction games and why I find they can be rather fragile. I specifically compare The Thing to Battlestar Galactica, my favourite social deduction game. For those not interested in reading the full review I will say: I liked it, quite a bit.

After a couple rounds of The Thing it was still a bit early and we needed a filler game to play. Azul to the rescue, again!

So, that was my week in gaming. Another solid week. What did you get to your tablet his past week?