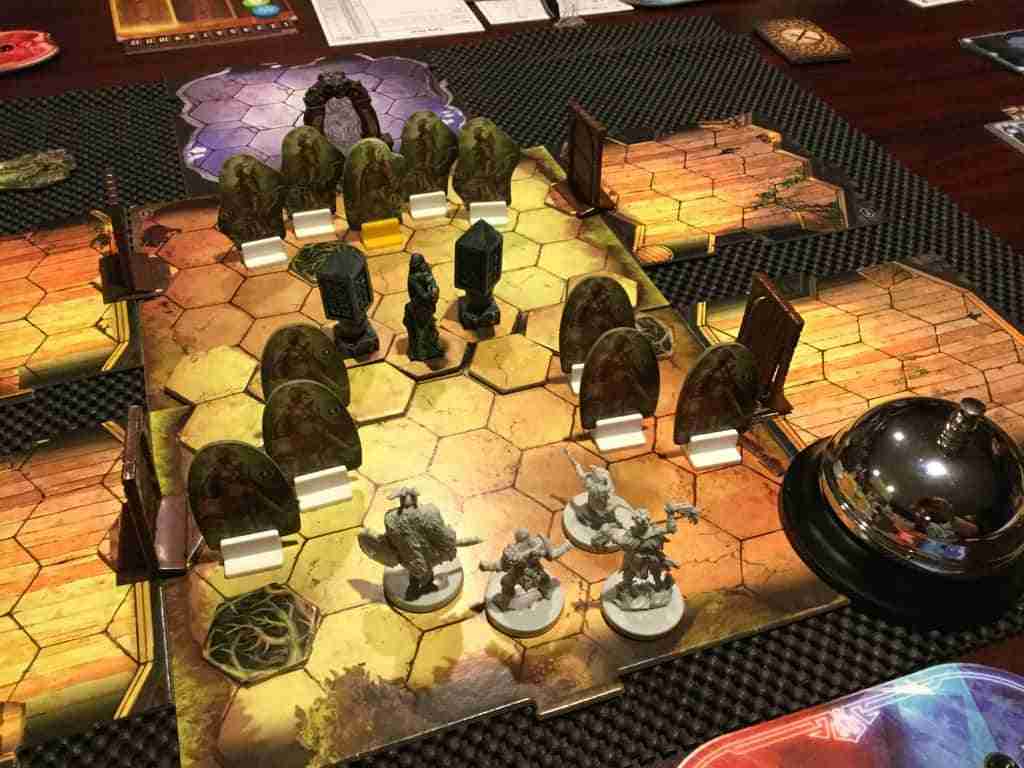 There was not a lot of gaming going on this week. It’s cold season here in Windsor, which also means game night cancellation season.

So I only got in a couple of face to face games this week, both on Friday night: Gloomhaven followed by Azul. I also introduced our podcast host, Sean, to Tokiado over on Board Game Arena.

Starting this month I’m changing up the title for our weekly look back.  Not a big change but my wife (aka AndSheGames) who’s been doing this blogging thing full time for far longer than I have keeps kicking me every time I re-use a title or put dates in my titles.

I guess it’s bad for SEO. At first this wasn’t a big deal as these posts are just a look back at what we played and would be mostly transitory. But, as these posts, and the blog, evolves I’ve found I’m putting more and more actual content into these weekly reviews. They aren’t just a list of games, they are basically insights into and short reviews of the games I’ve been playing. I think there’s actual content here that would be useful for people looking for information on the games I’m talking about in this review.

I’m still going to be sharing these on Monday and making it part of #WhatDidYouPlayMondays. You still get the same content the same day every week. It’s just the title that’s swapping up. 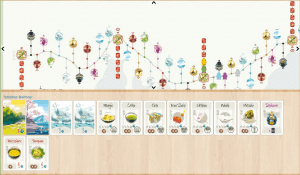 Sean and I were chatting online the other day and decided we needed to find a good two player game to play on Board Game Arena. Now he has joined our regular 7 Wonders

game but we wanted something for just the two of us to play. After fumbling around and finding far too many games that require a Board Game Arena subscription to play, I found Tokaido

We’ve mentioned Tokaido on the blog and show before, back when we talked about good two player games. I often call this the most zen game I own, up until you want to punch someone for taking that spot you really wanted.

I love Tokaido. It’s a timeline based game where each player drafts a character. That character is going to walk the Tokaido (an actual historic road in Japan running from Kanagawa to the capital). Along the way they can go shopping, take a break in a hot spring, view various vistas, meet interesting people, pray at temples, work at farms, and eat some fantastic looking food. It’s all about having the most rewarding experience on your journey. What isn’t obvious at first is just how cutthroat the game can be. This is especially true at two players where each stop along the way can only hold one person and there is a ghost player controlled by whoever is in the lead.

The Board Game Arena version is excellent if you already know how to play. This seems to be a common problem with BGA. It’s not the best resource for learning games. Yes the rules are there but they are just text. Some games have nice mouse over pop ups with some rules but I found Tokaido to be lacking in these. When you mouse over a spot it just tells you the name not the mechanics. There is also the problem of it not just moving people to the Inn at the end of each leg of the journey. This should be automatic, when there is no other possible placement. 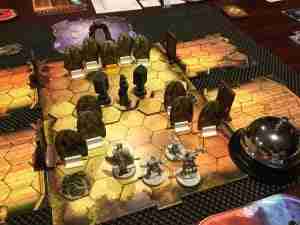 Friday night we got in the next scenario of Gloomhaven

. We visited an Inox village and confirmed we are not nice people. As discussed last week, we decided to stick with playing on the easy difficulty. This seems to still be working for us. This particular mission did feel like the easiest yet. We were slaughtering Inox left and right. We were having such an easy time of it that we actually had to strategically wait to kill some enemies so that we could grab a treasure we didn’t want to miss. This may have actually been too easy. It has me tempted to try the next mission on normal but I think the rest of the players still want to stick with easy.

One other problem with the mission being easy is that it was over fast. Fast enough that we had time left in our game night. Now not enough time to play another scenario but enough time that we played a game of Azul

. Tori had been practicing and wanted to show off his new skills. It seems his practice worked because he won.

So not a very busy gaming week for me. How about you?