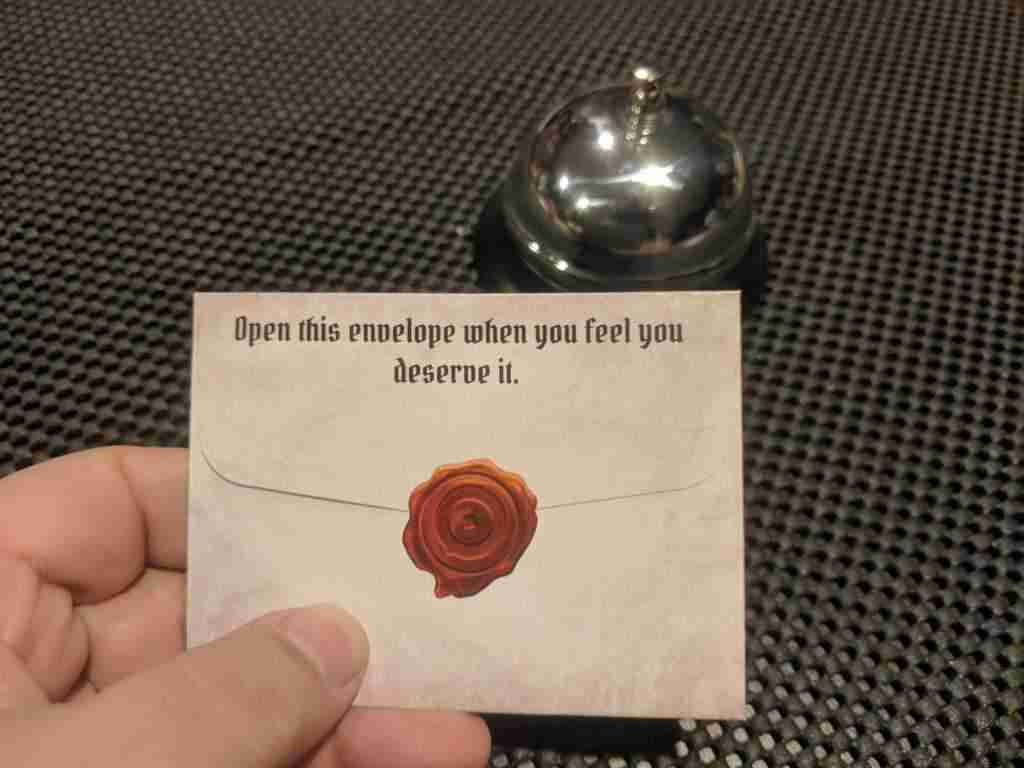 We finally got to play Gloomhaven again! Woot!

It had been over a month since we got to play the number one rated game in the world and it felt good to get to play Berk The Savvas Craigheart again.

Every Friday is Gloomhaven

night here in the Tousignant household. We eat dinner early, get the kids cleaned up and ready for bed early and get the game room ready. Assuming the kids didn’t give us trouble at bedtime, I usually try to get our next scenario set up and ready to go. This also involves grabbing some of my RPG and wargame scenery to make the board a little more 3D and engrosing. 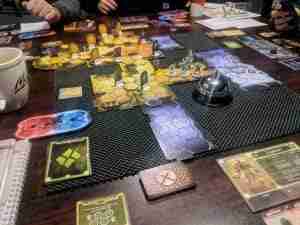 At around 8pm the other players show up with Tim Hortons and we sit down and play at least one scenario of Gloomhaven. If things go really well we sometimes play two games, either another round of Gloomhaven or something else from my game collection to cap the night off.

At least that’s how it’s supposed to work, in theory. In practice, the last time we actually got to play was October 13th. Just over a month between then and us getting to play this past Friday.

The reasons are many, varried, and all pretty much boil down to either illness or having to be responsible adults. It happens.

I’m just glad that the entire campaign didn’t peter off and that we were able to get together again.

Last Friday not only did we get together to play Gloomhaven again, we finally beat scenario 71, Windswept Highlands. 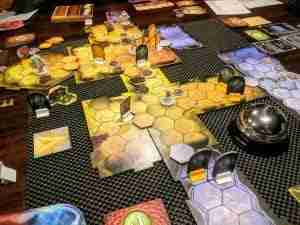 This was our second time trying this scenario, and had we failed again, I think we would have just given up on it and moved on to something else. After failing, last time we took the time to head back to town. We bought some new equipment (I added armour to my list of items) and a couple of us paid to get Blessings.

Then on the way back to the Highlands we had an encounter that was great for the area (gave us +1 Prosperty) but ended up with our entire group getting cursed. At least I had the blessing to offset that. 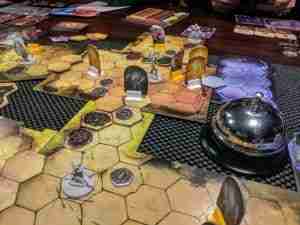 The other thing we did was to drop back down to easy mode. I’ve talked about our decision to do this before and it still seems like Gloomhaven at four players is meant to be played on easy, at least this early into the campaign. Maybe we will try playing at normal difficulty again, sometime.

With a combination of better preparations, familiarity with the mission, and swapping down to easy, we managed to eek out a win. I say eek out, because we were litteraly one action away from losing. Had the last turn not played out how it did one of the scenario effects would have caused us to fail. 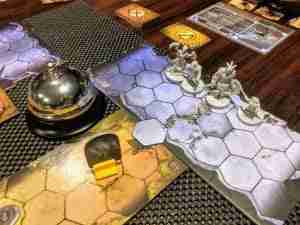 It felt like a real accomplishment. There were cheers and high fives all around. This was the most rewarding win we have had so far in all of our plays. It felt like we earned that win. We worked together well, we used the right abilities, our strategy was solid and we were rewarded for it.

We were so high on the win that we even opened the “when you feel you deserve it” enveleope. Which I think most people probably save for when they feel they’ve beat the game.

Knowing what’s in that enveolope now my tip to other players would be that your group will probably want to wait longer than we did. 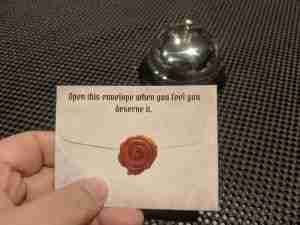 My opinion on Gloomhaven keeps evolving. I have to admit that our win on Friday felt really good. It was the first time since starting our campaign that Gloomhaven felt like it lived up to all the hype. If every mission felt like that, I could honestly say it deserves all the hype it gets.

It’s worth noting that after this last game we pretty much all agreed as a group that this has been a better experience than Pandemic Legacy. That’s what we had finihsed before starting into Gloomhaven. I know I’m enjoying Gloomhaven more but it’s good to hear the other three players are on the same page.