Roll And Move Board Games, Are they really that terrible? Tabletop Bellhop Gaming Podcast Episode 135 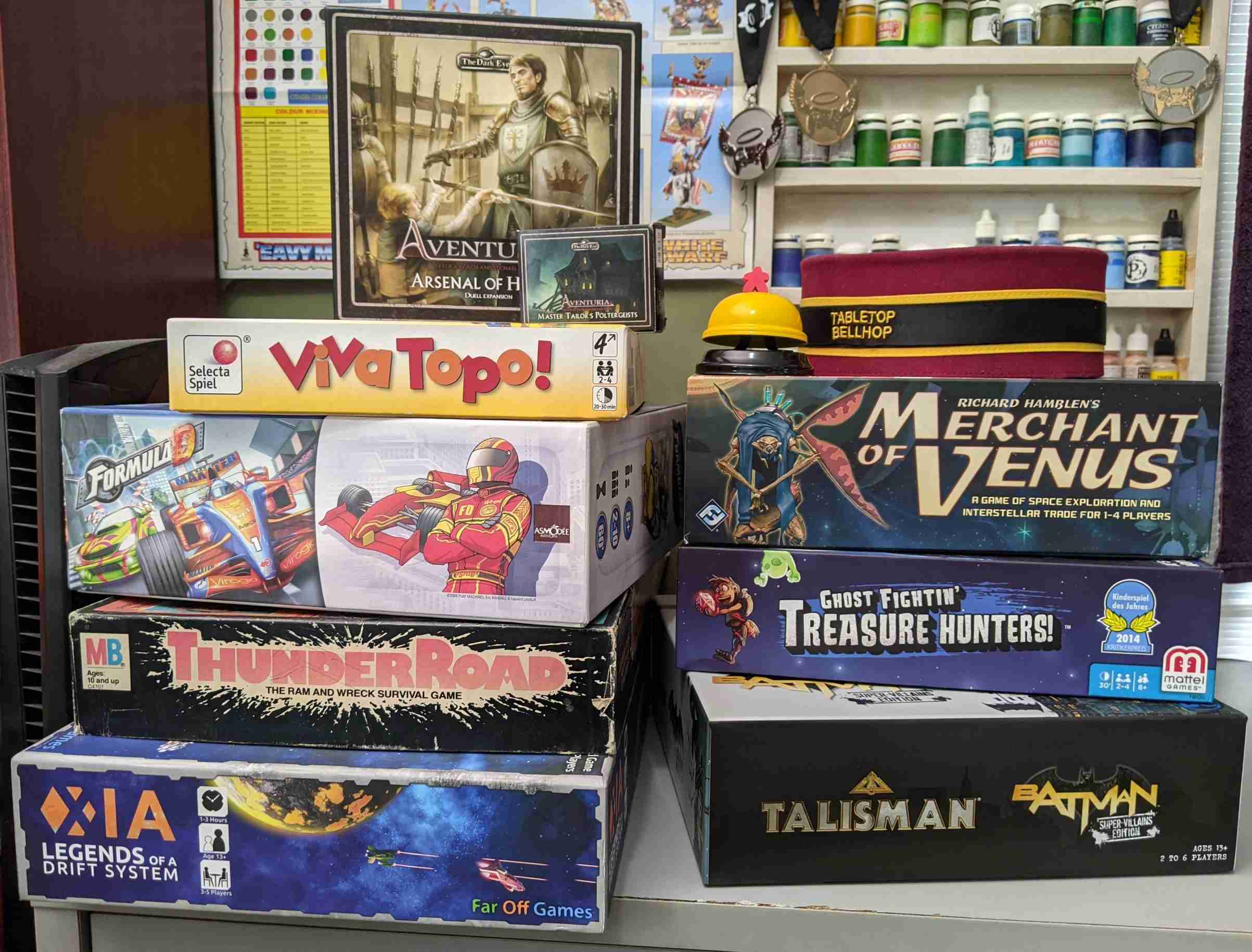 Is it really that terrible? What is a roll and move game, why do people hate on them and what are some actually good roll and move games? This is followed by two Aventuria Adventure Card Game Reviews, Master Tailor’s Poltergeists and Arsenal of Heroes. Plus our initial thoughts on the Battle of GOG Kickstarter prototype.

Join us as we stream live every week on Wednesdays at 9:00 PM Eastern on Twitch. If you like some video with your audio, you can also watch/listen to individual segments from this show on YouTube.

We announce the winner of our Ticket to Ride giveaway.
Congratulations Mikhail!

“Hey Moe and Sean, I’m really enjoying your show. Thank you for the occasional mention of my “Not Ready for Prime Time” games.

I have a question for you.

What’s so bad about “Roll and Move”. Backgammon is a roll and move game. If it’s played at a fast pace, for stakes (2 bits a point) and the doubling cube is used, it can be a very intense and exciting game.

Just because this mechanism was employed very poorly in the past doesn’t mean it’s bad. I believe it’s getting a bad rap because of the lack of player decisions, and lack of ways to mitigate poor dice rolls in games like monopoly and snakes and ladders.

A look at the Master Tailor’s Poltergeists expansion for the Aventuria Adventure Card Game, a cooperative or competitive card game set in the world of The Dark Eye.

A look at the Arsenal of Heroes expansion for the Aventuria Adventure Card Game.

What we’ve been playing: 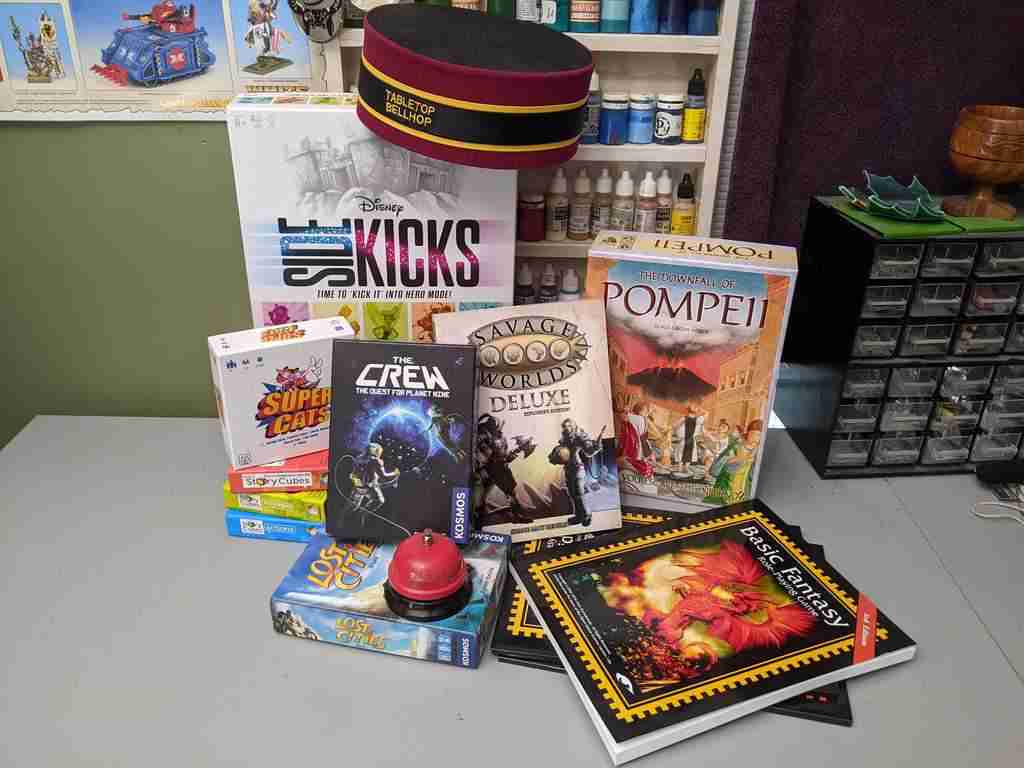 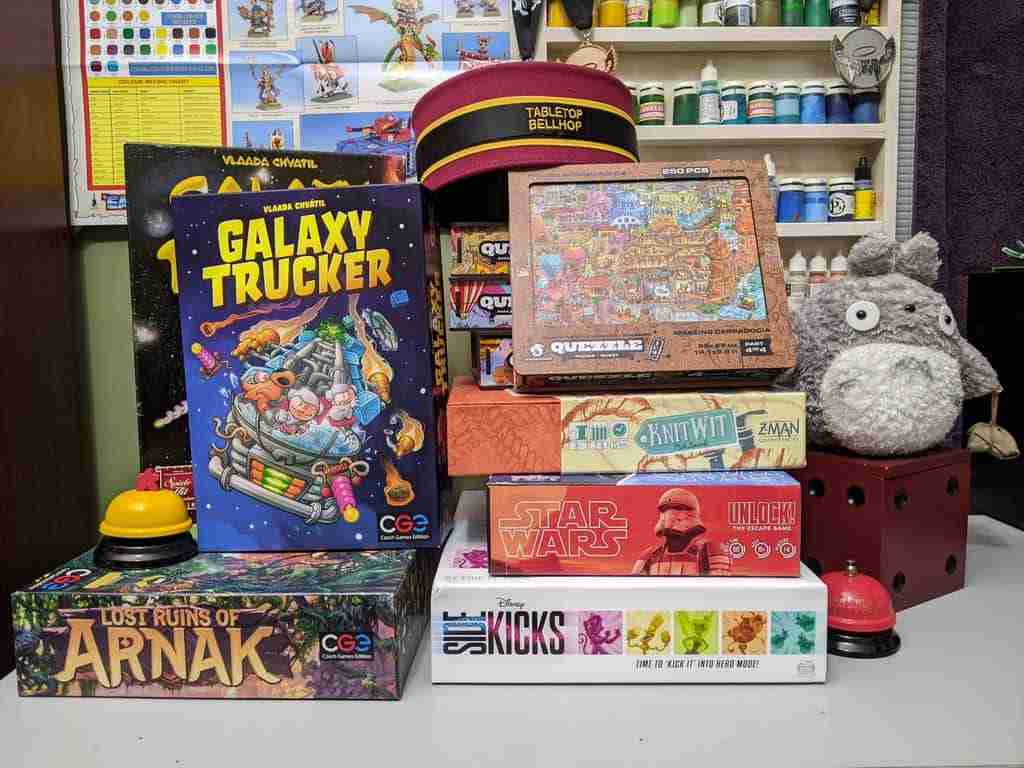 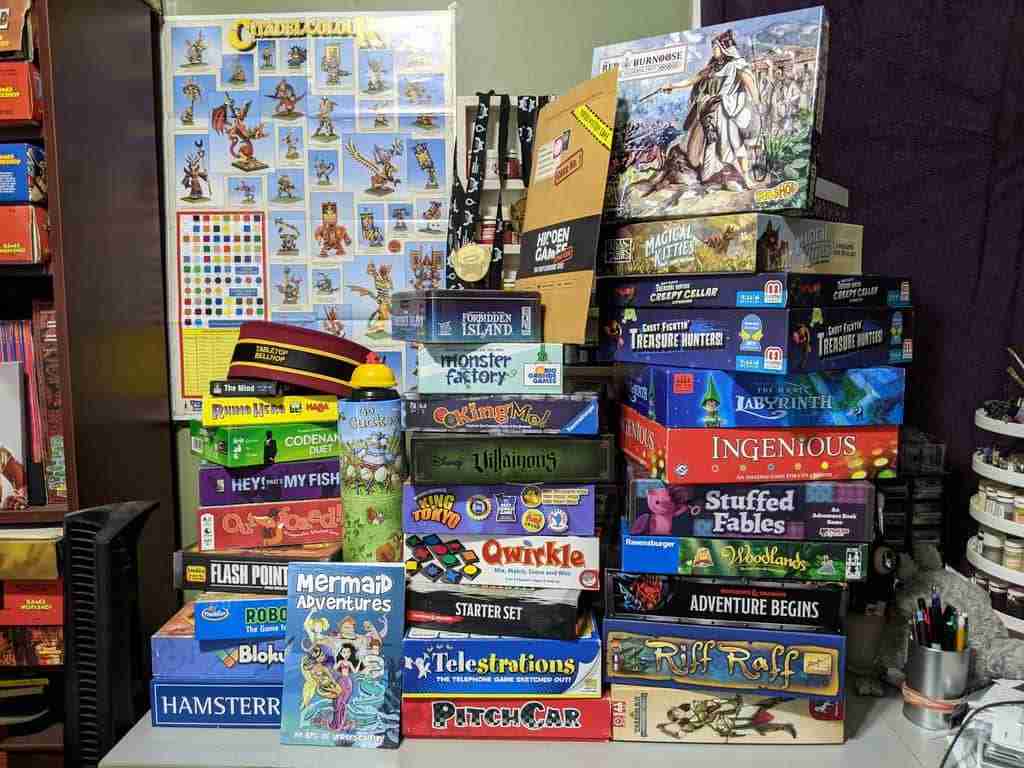