Enter to Win the Kickstarter Edition of Gorinto 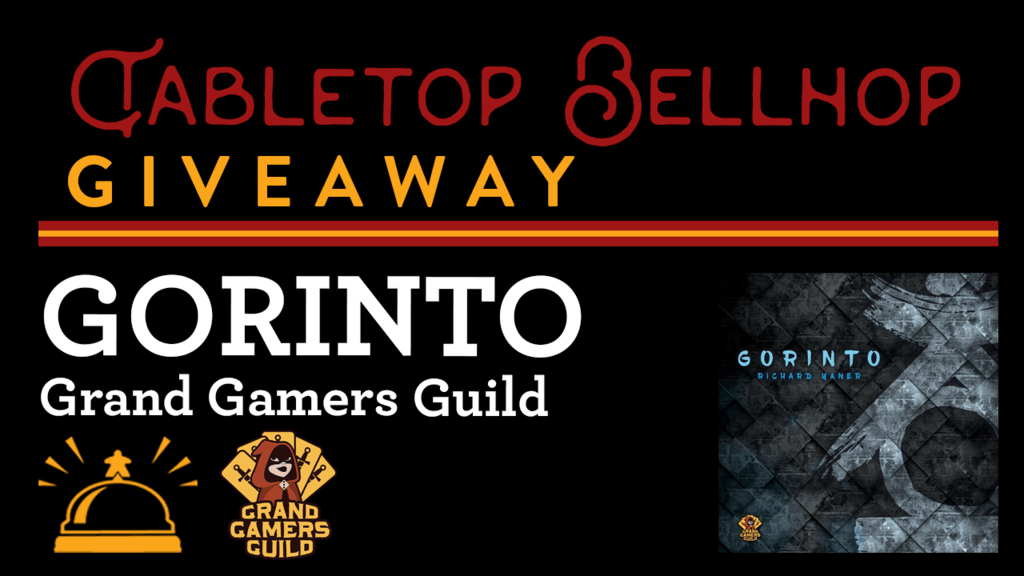 To help celebrate our second anniversary, we’ve teamed up with Grand Gamers Guild to offer a giveaway!

EDIT: Due to some technical difficulties we’ve extended this giveaway.

One lucky Tabletop Bellhop fan is going to win a copy of Gorinto.

I was excited when, back in February, I was offered the chance to review a prototype copy of Gorinto. You can check out my full review of Gorinto here. Overall, it’s a game that I really enjoyed playing and one that I’m quite thrilled to be able to offer as a giveaway.

Disclosure: I am hosting this giveaway and Grand Gamers Guild is providing the prize. I was not paid or compensated to host this giveaway.

Rules: This giveaway will run for three weeks. It starts on August 5th, 2020 and will end at 11:59 PM ET on August 26th. Winner will be contacted by email and will also be announced on the episode of Tabletop Bellhop Gaming Podcast which will be recorded live on Twitch on September 2nd.

One randomly selected winner will receive a Kickstarter edition of Gorinto from Grand Gamers Guild (note: this game is still in production, with an expected shipping date of February 2021).

This contest is open to residents of the United States and Canada only.