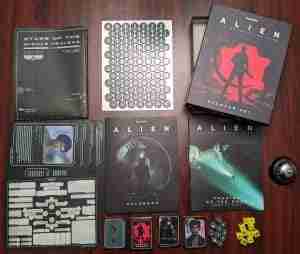 The ALIEN starter set is designed to give you everything you need to play Cinematic stories in the ALIEN universe. Cinematic adventures are meant to be played in a single session or two, feature pre-generated characters and highly deadly adventures where each character has their own agenda.  END_OF_DOCUMENT_TOKEN_TO_BE_REPLACED 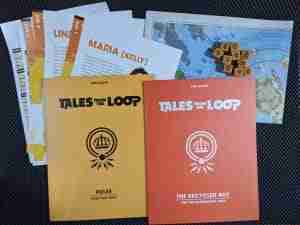 I've said it before and I will say it again, I love RPG boxed sets. Which is why I was very excited to hear that Free League Publishing has released a Tales from the Loop Starter Set, a beginner box for roleplaying in the 80s that never was.

This RPG starter set contains all you need for a GM and up to five players, letting you take on the role of kids in a setting inspired by the art of Simon Stålenhag and reminiscent of shows like Stranger Things.  END_OF_DOCUMENT_TOKEN_TO_BE_REPLACED 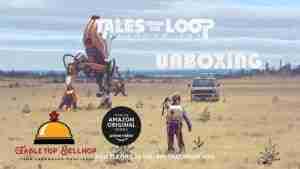 This is an RPG where players play kids in an 80s that never was. This boxed set introduces the setting and mechanics of Tales From The Loop the RPG.  END_OF_DOCUMENT_TOKEN_TO_BE_REPLACED