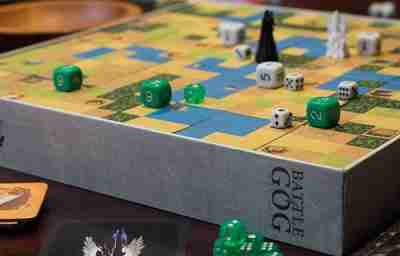 I first heard about the biblically themed board game Battle of GOG, through a friend's YouTube channel, Brains on Games. Watching Brian's video I saw a number of cool looking elements that looked like they would work well together to make for an engaging board game.

Battle of GOG combines elements of Civilization, Small World and Catan in a way that works rather well.  END_OF_DOCUMENT_TOKEN_TO_BE_REPLACED 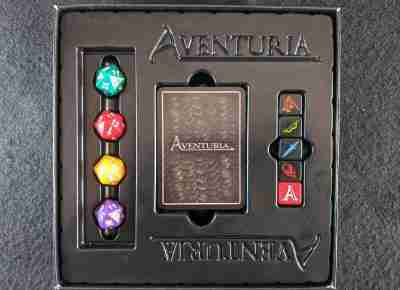 The Arsenal of Heroes expansion for the Aventuria Adventure Card Game is marketed as a duel expansion yet it contains content that is useful for playing both competitive duels and cooperative adventures.

Aventuria Arsenal of Heroes provides a deck of cards meant specifically for deck-building as well as some cool custom Aventuria dice.  END_OF_DOCUMENT_TOKEN_TO_BE_REPLACED 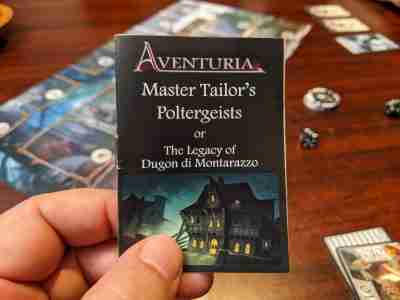 Master Tailor's Poltergeists is a small box expansion for Aventuria The Adventure Card Game that works as a demo kit for the game. It is the English edition of Aventuria: Schneidermeisters Poltergeister.

Game demos are a great way to both learn and try out a new board game. I love doing a demo of a game to help me try before I buy. A demo can also serve as a great first step in learning the game.  Master Tailor's Poltergeists features four very simplified hero decks, one deck for each of the main heroes from the Aventuria core box, as well as a short adventure. This demo set can be used to fight competitive duels or to play in cooperative adventure mode. END_OF_DOCUMENT_TOKEN_TO_BE_REPLACED 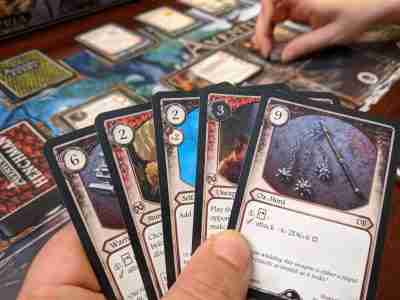 Aventuria the Adventure Card Game is a non-collectable card game set in the world of The Dark Eye, or Das Schwarze Auge, Germany's most popular RPG and setting.

The Aventuria: Adventure Card Game box provides all you need to start playing Aventuria including four heroes and rules for fighting competitive duels and cooperative adventures.  In this review, I will be looking at everything you get in the box and both methods of playing Aventuria. END_OF_DOCUMENT_TOKEN_TO_BE_REPLACED 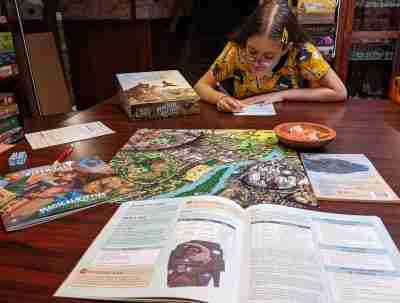 The instant I heard about the family-friendly roleplaying game Magical Kitties Save the Day from Atlas games I wanted to play it with my kids. The entire concept of this kid-friendly RPG about magical cats sounded amazing.

"You are cute. You are cunning. You are fierce. You are a magical kitty, and it's time to save the day! Every Magical Kitty has a human. Every human has a Problem." I can't think of a blurb that has made me want to play a roleplaying game more. END_OF_DOCUMENT_TOKEN_TO_BE_REPLACED 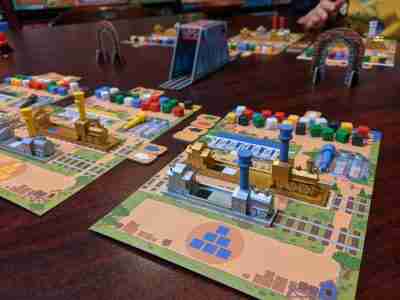 When I first heard about Rail Pass, a train game from Mercury Games, I just knew I had to try it. Here is a railway game that was doing something completely new and different.

Rail Pass is a real time, cooperative, pick up and deliver train game where you actually load trains with cubes, and physically pick them up and deliver them to the other players. END_OF_DOCUMENT_TOKEN_TO_BE_REPLACED 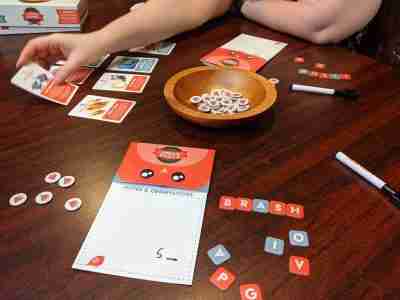 Today I'm going to take a look at the latest game from Exploding Kittens, A Little Wordy, a two-player word game with a clever twist.

I have to admit that up until now I have not been a big fan of the various games from Exploding Kittens. Every one of their previous releases has been light silly party games, not the kind of games I generally enjoy. So when I received a press release for A Little Wordy, a significantly heavier two-player only game, I was curious to check it out.  END_OF_DOCUMENT_TOKEN_TO_BE_REPLACED 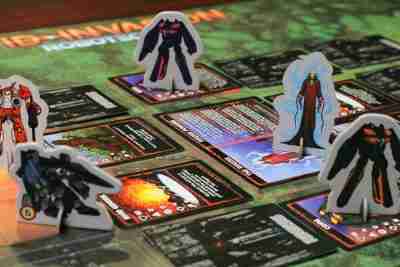 In this detailed board game review, I take a look at Invid Invasion, the third Robotech board game from Solar Flare Games based on the Robotech The New Generation anime series.

Unlike the previous two games in this series of Robotech board games, Invid Invasion is a one to six-player cooperative game. Players take on the role of Robotech Defenders, attempting to get to Reflex point and take out the Invid Regess. END_OF_DOCUMENT_TOKEN_TO_BE_REPLACED 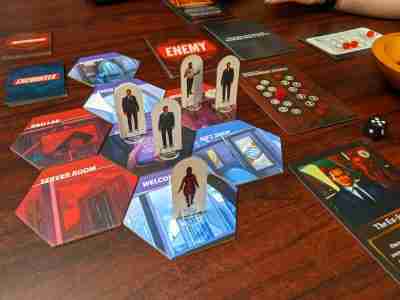 Techlandia is a dungeon-crawling board game set in the modern world where you play bloggers attempting to sneak into the Techlandia Head Quarters and get the scoop on The One Cellphone to Rule Them All,

To save you some time, you can probably stop here. This game is terrible. This isn't an enjoyable game, rather it's more of a joke. It's either a tongue-in-cheek look at the tech journalism industry, a form of social commentary, or trying to prove a point about Kickstarter, or likely all of the above.  END_OF_DOCUMENT_TOKEN_TO_BE_REPLACED Lately, my podcast co-host Sean has been deep-diving into the world of Superhero roleplaying games. He has picked up and purchased a number of supers RPG both in print and PDF.

I've been curious to know what he thought of these games and more importantly what makes each of these superhero RPGs stand out from the rest, so back on Episode 125 of The Tabletop Bellhop Gaming Podcast: Super, Capes and Metas, I asked Sean about the supers games he's been reading. In this article, I will be recapping what he had to share. END_OF_DOCUMENT_TOKEN_TO_BE_REPLACED
Next Page »