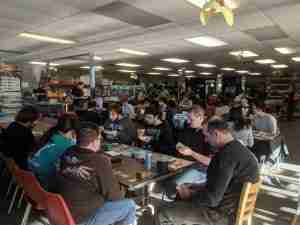 What are some of the things that make for a good local game store? What is the difference between a FLGS and just a LGS. That's our topic today based on a question asked by one of our Patreon patrons.

Tabletop Bellhop Patron PS Gougeon writes, I have a topic suggestion for the show, whenever we travel/day trip, we try to visit one of the local game stores in whatever city we're in, 401games in Vaughn was impressive. This past weekend, we were in Detroit and the store we visited was sadly disappointing, I guess we're spoiled here in Windsor with that gem Brimstone Games. A friend has since suggested that we check out Guild of Blades in Detroit on our next visit. Just wondering if you and Sean can discuss game stores and any gems that you've discovered in Southern Ontario and our surroundings? END_OF_DOCUMENT_TOKEN_TO_BE_REPLACED 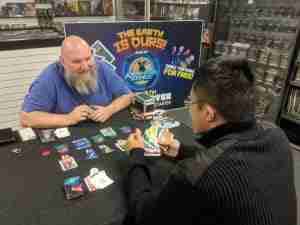 This week involved some gaming with the kids, online, with friends, and at the FLGS. Can't complain.

After doing an unboxing video for Maki Stack, I played a few rounds with the kids. Online I finished a game of Terra Mystica. At The CG Realm, I played Istanbul: the Dice Game and Hamsterrolle. I also got to try Timeline for the first time and take part in a playtest for The Earth is Ours! Back at home we also got in a scenario of Gloomhaven. END_OF_DOCUMENT_TOKEN_TO_BE_REPLACED 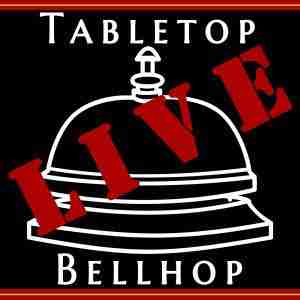 This is the ninth episode of Tabletop Bellhop Live, an edited version of our live show recorded on September 26th, 2018. Join us as we stream live every week on Wednesday’s at 9:30 Eastern on Twitch. If you like some video with your audio you can also watch/listen to an unedited version of the show over on YouTube.

This episode we talk about Mermaid Adventures, Terra Mystica, and Gloomhaven before we deep dive into game mechanics. END_OF_DOCUMENT_TOKEN_TO_BE_REPLACED 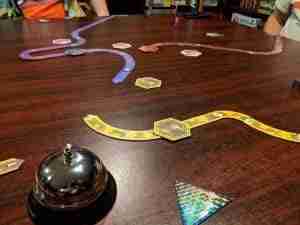 Every Monday I like to take part in #WhatDidYouPlayMondays, something started by Chris Cormier over at geekygoodies.com. With the launch of this website, I decided to take it a step further and instead of just listing what I played each week on social media I would actually write about each game. This also gives me a chance to talk about any gaming events or other cool things that happened during the week.

I had a great week gaming wise. Two games off the pile of shame: Clank! In! Space! and Lazer Ryderz. Played a few more games on Board Game Arena (Can't Stop, Race for the Galaxy and 7 Wonders) and learned some good news about the platform. Decided to try to get in more plays of games I own that I have only played one time, and to that end played Hardback and Flip City. Attended a game night at The CG Realm and managed to get in a couple more games: Terraforming Mars and Honshu. Like I said, a good week! END_OF_DOCUMENT_TOKEN_TO_BE_REPLACED