You are here: Home / Gaming Advice / Bad Rulebook? No Problem. What to do when you have a bad board game rulebook.
16 Shares

When most people sit down and try to learn a new tabletop game for the first time they usually start with the included rulebook. But what do you do if that rulebook isn’t actually good at teaching the game?

Why is it that no one seems to know how to write gaming rules that can be understood clearly? I spend a lot of time on Board Game Geek, or tracking down a gamer who can teach.

While I may not be able to answer Charles’ question directly I can make some suggestions on way to learn games other than from the included rules.

Disclosure: Some links in this post are affiliate links. As an associate, I earn from qualifying purchases. There is no cost to you, we just get a small kickback if you buy something through one of these links. Using links like these helps keep this blog and our podcast going.

To address Charles’ question specifically I have to say I don’t know why no one seems to be able to write rules that can be understood clearly. What I do know is that it’s not intentional. Game publishers don’t intentionally write bad rules. Quite the opposite. Publishers want the rules to be as clear and easy to understand as possible. 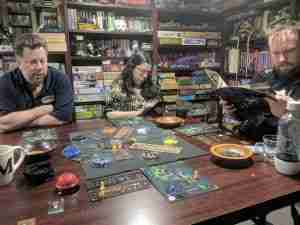 Then why does it happen that so many game rules are so hard to fathom? It could be any number of factors. One of the most common being that the company doesn’t actually hire an editor. The game designer thinks the rules make perfect sense, of course they do, it’s their game, but once someone else tries to read them it ends up that there’s lots of missing information and bad assumptions made. I’ve found this to be very common with independent games and publishers and especially games released on Kickstarter.

Translation issues can be huge. My inspiration for answering this question now is based on my review of Shafausa a game that sat on my pile of shame for three years because I couldn’t figure out the rules due to a poor translation. Sometimes it feels like publishers think Google Translate is a good tool to use and it is not.

I’ve even heard of one case where the rules were written, proofread and edited all by people who had never actually played the game.

Whatever the actual reason it doesn’t matter. Just realize that it’s not intentional, people want their games played, and that there may be alternatives.

So you’ve got a bad rulebook. For whatever reason it’s just not working for you to learn this shiny new game you really want to play. What next? 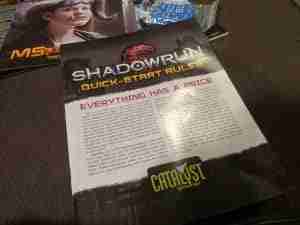 . Both of which I reviewed this past week. The issue with Shafausa was in regards to a bad English translation where as with Shadowrun it was information presented in the wrong order as well as missing and incomplete information.

Now I could have tossed both games back on the shelf, or sold them, but I was determined to get some use out of these games.

One of the great things about living in the age of the internet is that there are a ton of great alternatives for learning games besides being stuck with the rules included in the box. Below I’m going to recommend some of these options.

Learning games by video is still pretty new but extremely popular. For many people watching a play through video has become the primary way to learn games. Many game companies are also jumping on board including a QR code or link to a how to play video right in the game box or in the rules.

One of the most well known channels for how to play videos is Watch It Played by fellow Canadian, Rodney Smith. Rodney produces excellent quality videos both on his own and for game companies that I find great for learning games. Rodney is also famous for the impartiality of his videos.

I am also a fan of Rahdo and his Rahdo Runs Through videos. Rahdo (aka Richard Ham) not only teaches the game, but goes through a few turns of each game after teaching the rules. The one thing to note is that Rahdo teaches everything for two players only, though he does explain where rules differ for more players. I find Rahdo best when there’s one part of a game I don’t quite get or for seeing how different phases of the game interact.

Gaming Rules is my other go to video tutorial channel. I first found Paul Grogan through buying a Stronghold Game game and having a link to his channel in the box. In addition to full rules and set up Paul’s channel also includes reviews.

Now there are lots of other people out there doing game teaching videos. Even us. What I suggest is trying out a variety of channels and finding the ones you enjoy the most. If you do find someone doing tutorial videos you enjoy be sure to subscribe to their channel. Not only is it a good way to say thank you it also helps their videos get more views and break through filtering algorithms.

I love it when a game publisher includes rules summaries and player aids in the box. For example, there’s a fantastic summary sheet in Euphoria: Build a Better Dystopia

that I find is better for referencing during plan and teaching the game than the actual rulebook is. The problem is that not many games include these, and sometimes when they do they aren’t as useful as you would like.

Boardgamegeek.com is the big source for player aides and rule summaries. Almost every game I’ve ever bothered to look for has at least one, created by fans, on BGG. Now these all vary in quality and it’s often worth looking at a few different files and not just grabbing the top one off the list. Though BGG Thumbs do help you find the best of the bunch if there are lots of them.

Another source of really impressive summary sheets is The Esoteric Order of Gamers. They have a ton of resources for almost three hundred different games (as I’m writing this). These resource include rule summaries, reference sheets, reviews and even foamcore box insert plans.

I have been using their rule summary sheets for years. Back when I ran the Great Canadian Board Game Blitz I used to print off the EOG rule summaries and put them into each box.

This one is probably a given but be sure to check out the actual game publisher’s site to see if there’s an updated rulebook out there, and if not that, then at least an FAQ.

In some cases rulebooks are so bad that publishers are willing to send you a shiny new print copy of the updated rulebook. This recently happened with me and the Conan

board game published by Asmodee. Though I do have to admit my replacement hasn’t actually showed up yet, despite ordering it a couple of weeks ago.

When I have a rulebook that seems like it has obvious errors in it, the publisher’s website is usually the first place I go.

There’s an App For That 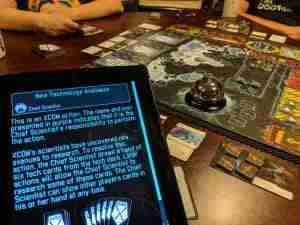 More and more publishers are putting out app versions of their games as well as helper or companion apps for their analog games. All of the app based games are going to include not only rules but often detailed tutorials. These I’ve found are great for pointing out things I’ve played wrong in my physical copies. For example it ends up I had been playing the Xtreme version of Ra

for years, which I only realized by playing the app.

Many of the companion apps for games also include the rules. In some cases like X-Com

the only rules you will find for the game is the app. The other thing I have been seeing more and more of are third party apps for published games. I checked out a ton of different Gloomhaven apps, some of which included some form of rules help.

Rules only being available online is becoming more and more common as well. In a way this makes sense as it gives the publisher control over what rules are out there and if there are changes needed they just update the digital file, then anyone new grabbing the rules gets the latest version. Of course this also means that anyone who has already downloaded them probably should check regularly for updates. There’s a lot of buzz right now, both positive and negative, regarding Fantasy Flight going this way with Keyforge

Board Game Arena and other online gaming websites are also good for not only reading the rules for a game but trying them out. Though I have to say some games aren’t bad to learn on BGA but some are terrible. If you are already dealing with a bad rulebook it’s worth a shot through.

Lastly there seem to be a growing number of apps designed just for teaching you games. The big one that everyone is talking about right now is Dized, an app that claims you will never need a rulebook again. Personally I checked out their stuff for Gloomhaven and found I would much rather stick to the physical rulebook. Enough people are claiming this is the next big thing though.

Find Someone to Teach You

To be honest sometimes the best way to learn a game is to find someone who already knows it and get them to teach you. I know this is the option preferred by most of the local gamers. This is especially true for really heavy games. For example I’ve often said that I don’t think anyone ever learned Star Fleet Battles through the rulebook. I think every captain who’s played that game learned it from someone why knows the game already. I know I tried to learn from the rules a couple times now with very limited success.

As for how to find another gamer to teach you… well that’s another topic all together.

What do you do when you find the rulebook included with that awesome sounding new game just isn’t working for you? Are there any options I missed? What’s your favourite method to learn a new game? Let me know in the comments below. 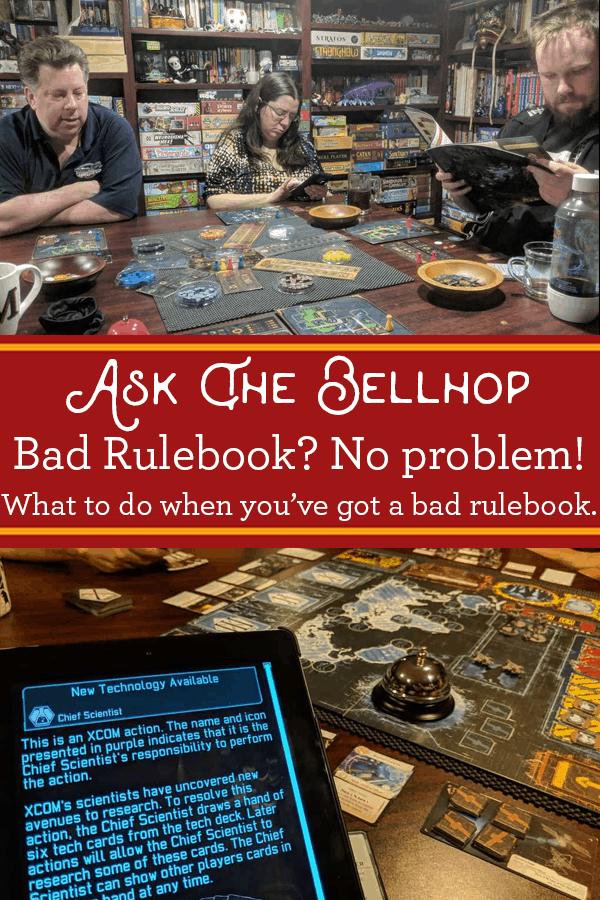 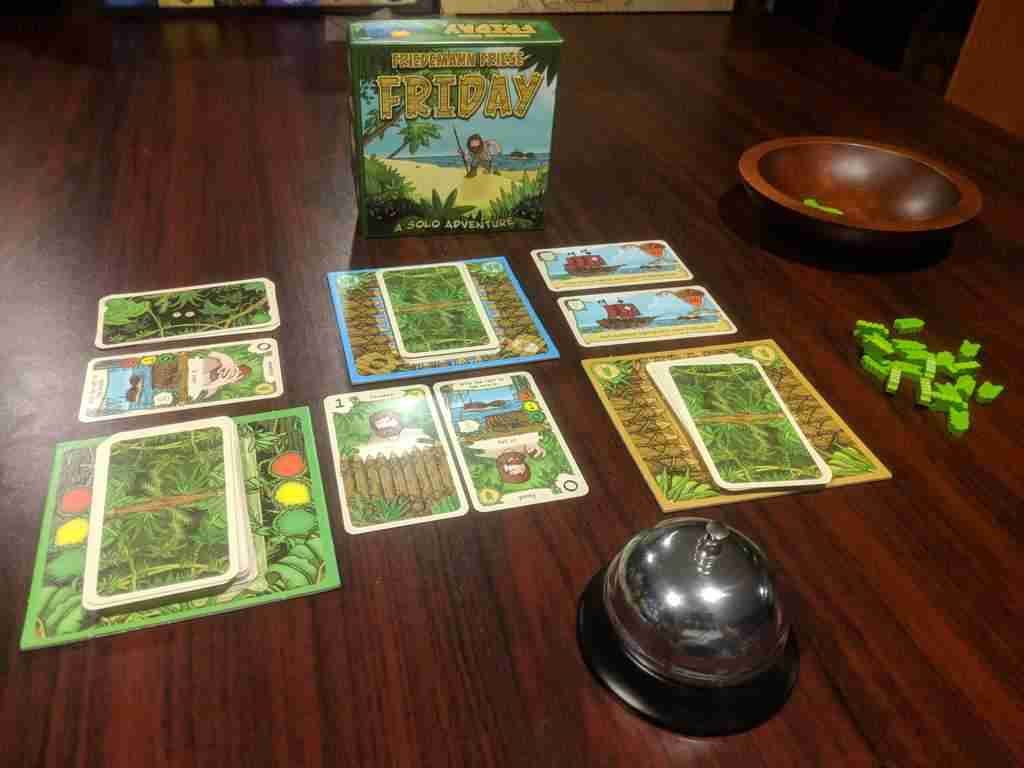 Playing by yourself, solo tabletop gaming – Ask The Bellhop 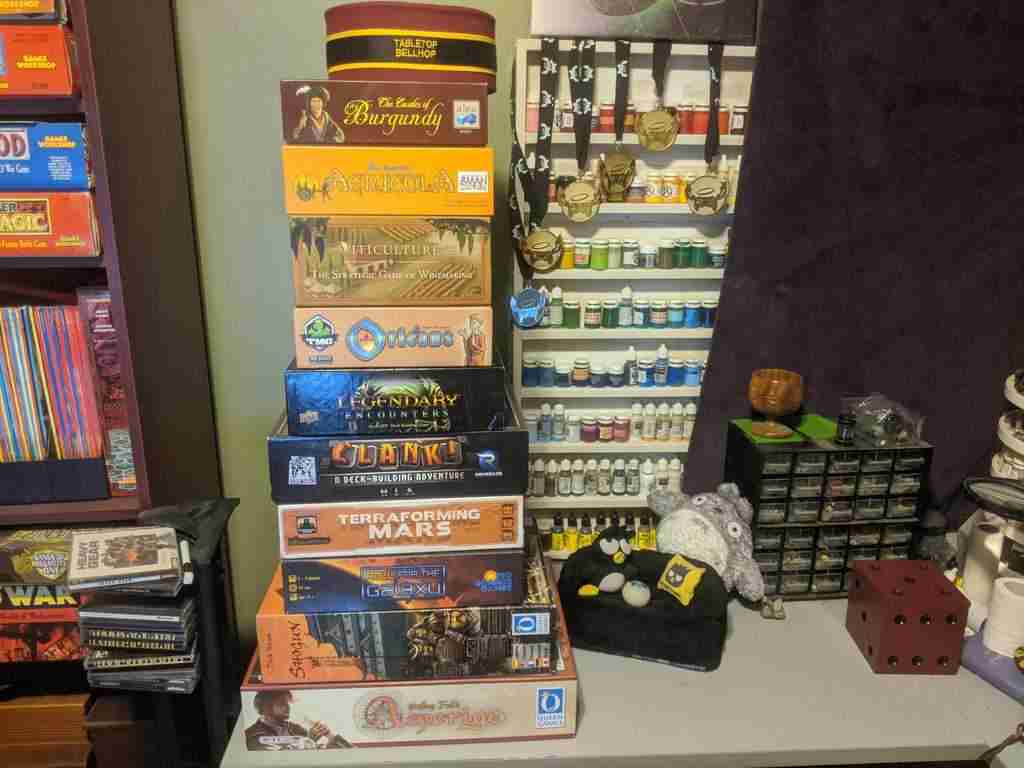 What are the best tabletop games you can get for under $50? – Ask The Bellhop